I woke up early with both excitement and anticipation for the crossing into Egypt , I was to meet Mazaar later in the morning to hopefully load Victoria and I on the same ferry  , as well  as process all the paperwork . So I went down to the restaurant to have my morning tea , as breakfast in The Sudan only kicks off after 11 in the morning . I met a father who had been give child minding  duty while his wife tried to get some sleep , so we sat , chatted and the children took a shine to me , so we sat three in a row tea and bread in hand and let the time tick by.

I packed up and rode down to the harbour to meet Mazaar who was running a little late so there I sat drinking tea with the officials once more chatting and answering many questions.

I met Mazaar at around 11 to get the bad news Vic and I had to part ways , it was to be a  solo crossing for both of us . The paperwork done both at immigration and customs it was time to board . This is when I got the second blow , that the cabins had been booked up and Mazaar was only able to get me what is loosely referred to as second class seating , rows of benches at hull level .

We boarded and Mazaar found a place for my luggage and we went to the dinning room to cool down and have something to drink . As I boarded the ferry I was met with both shock and horror at the conditions on this vessel , I don’t think it has been cleaned since the day of delivery decades ago , I am not sure it is equipped to carry so many passengers or cargo . It is only 18 hours I told myself and followed Mazaar to the place of refuge . 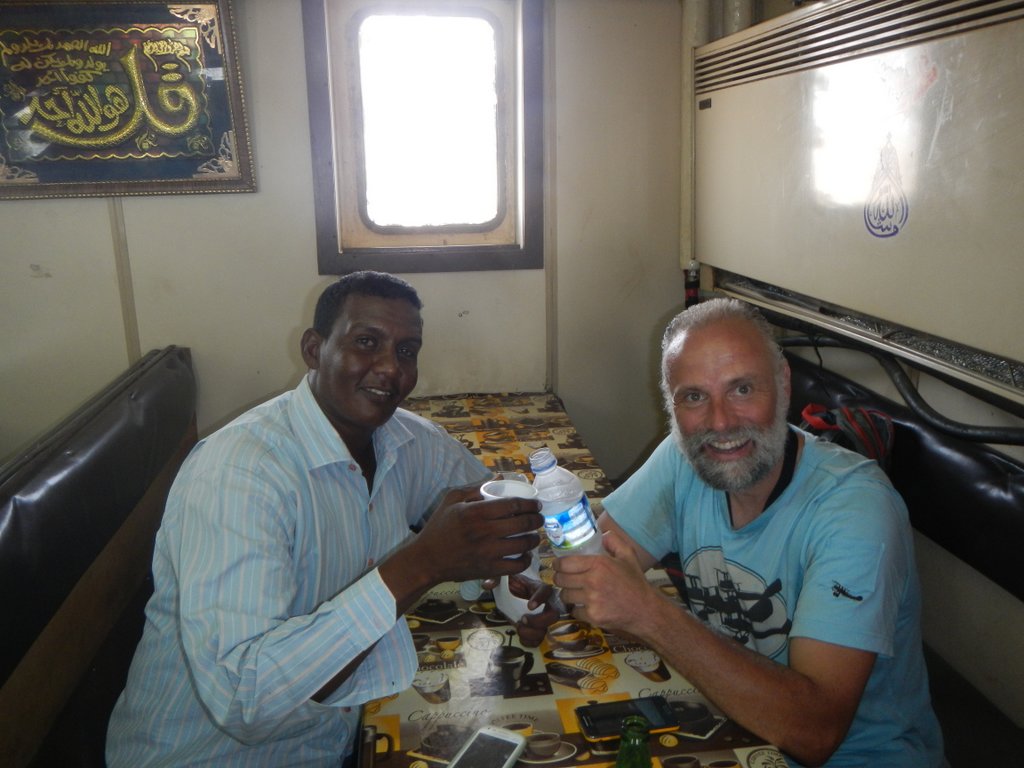 Mazaar and I enjoying a coke and a smile .

Mazaar left around 13h00 and I setteled in to enjoy my book and ferry life . After a while I needed the loo so off I went for a little orientation around the ferry , I found the washroom and yes you very much do need a wash after you have been in this room , never mind once you have used this room , I also walked past the first class cabins and yes they are a first in their class , then off to where I was meant to sit , I think it was designed to carry livestock but then converted into a space to fit a lot of people , this second class area was also a first in its class . Time for fresh air , so onto the deck I went , people everywhere , sleeping in the walkway , inside the lifeboats they made a home  , under the life boats for shade , if there was a gap or a space it was filled with a human or their goods . I thought it better to return to the dining car and read my book to pass the time . The ferry only set sail around 17h00 so I had been in her bowls for hours even before we set off . The dining room had filled up by the time I got back , it was now a die ing  room filled with smoke , spitting and the mixed scent of man and must . So began my sail across lake Nasser to Aswan .

In true Sudanese style soon I had been drawn into conversation with various tables around me , answering many , many questions , some directly others through interpreters, in no time many friends I had made , many different conversatins I was having and I was so loving the warmth of my fellow travellers . 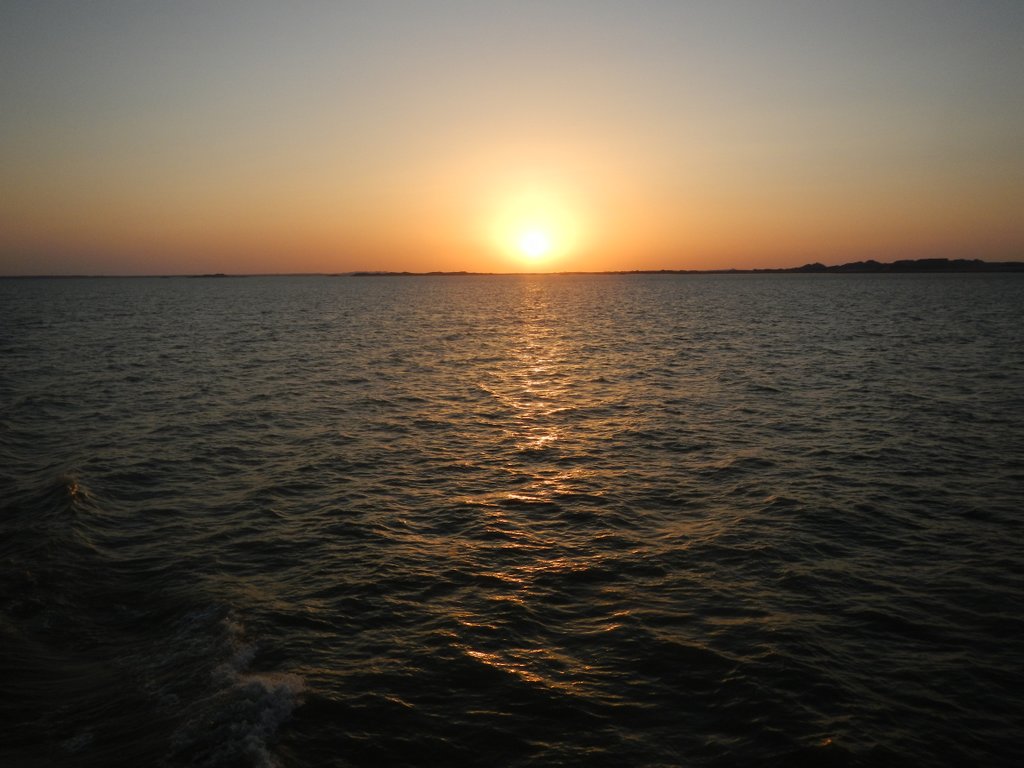 I met a young couple from Khartoum , recently married after saving up for ten years , their dream finally realised as they sailed towards a honeymoon in Egypt on this Dreamliner . He from Darfur , where he hardly goes anymore due to the situation back home ,  to scared to take his radiant bride to visit his family for  fear what the soliders might do to her , his father and brother absent from his day of celebration , their lives taken by conflict . Yet his face filled with beauty and happiness for he has married his dream girl who he has loved for so long , a dream realised , the boat the means to complete the circle . I loved the way they looked at each other his eyes gentle as he takes in  her beauty   , her smile wide and complete as she returns his gaze , his words strong and proud as he tells of their future together . Her dream to work for the UN one day , his peace for his family and country , so we spoke , so we sailed into the night . We went on to the deck for some fresh air , as we took in the stars she sung for me , a beautiful  Arabic lullaby and he spoke of his love for Miriam Makeba all on the Dreamliner. 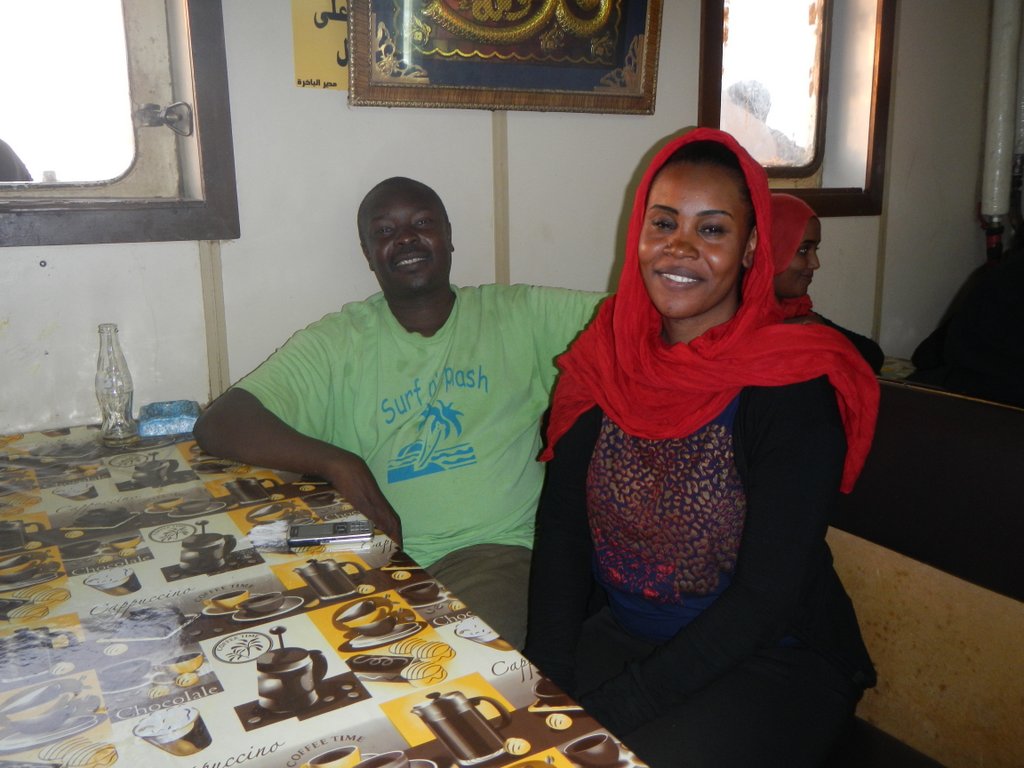 My next conversation with a young human rights lawyer currently doing her masters , sailing to Cairo to spend a month interviewing Christians on life surrounded by Islam . Her mind free in thought and her dreams bold for a better life in The Sudan for her and her people . Yet with a heavy heart she tells me of the restrictive life she leads , she has to be careful of what she says , how she behaves and how she lives . She dreams to be free to love who she chooses , to feel equal in a world that is dominated by the male , she dreams of freedoms we take for granted , a young mind paralysed by a way of life she did not choose. Her beauty of mind incredible , her face one second radiant with the thought of freedom the next a vale of sadness falls over her striking , hypnotising beauty as reality returns . The Dreamliner taking her to Cairo her mind taking her around the world. Thank you for our time together .

Time passed , the die room emptied and I asked the manager if I could sleep the night there . He finally agreed and around one in the morning the room  went dark and I found myself on my back staring at the ceiling as my fellow companions and I tried to find some sleep . The bench not to comfy , my camel pack no pillow , sleep ran away more than stayed , by 4h30 the die room was alive and kicking , by 5h30 the first passangers found their way to the coffee and tea and my day began. 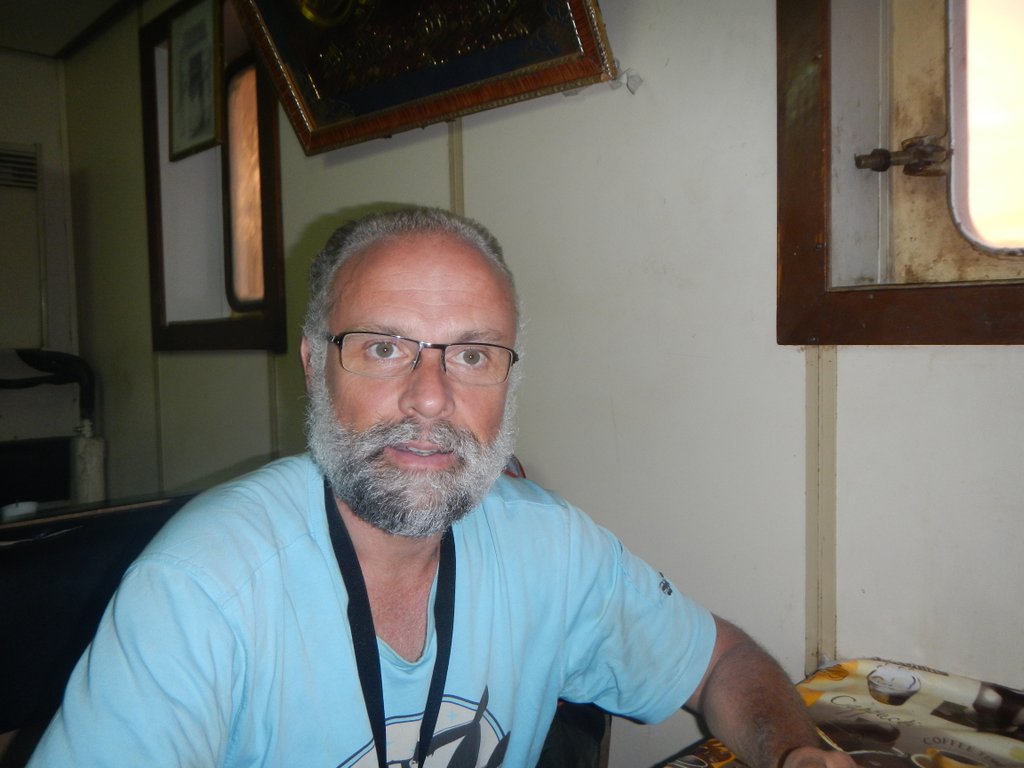 The no sleep look. Taken by a fellow passenger who insisted I remember my night in a photograph.

I took my tea and headed for the deck to catch the sunrise and stretch after my night as a contortionist , I felt like I had not washed in weeks , the grime  my second skin and my eyes burning from time in the smoking room. I found a small space among the bodies to put my feet and waited for dawn . 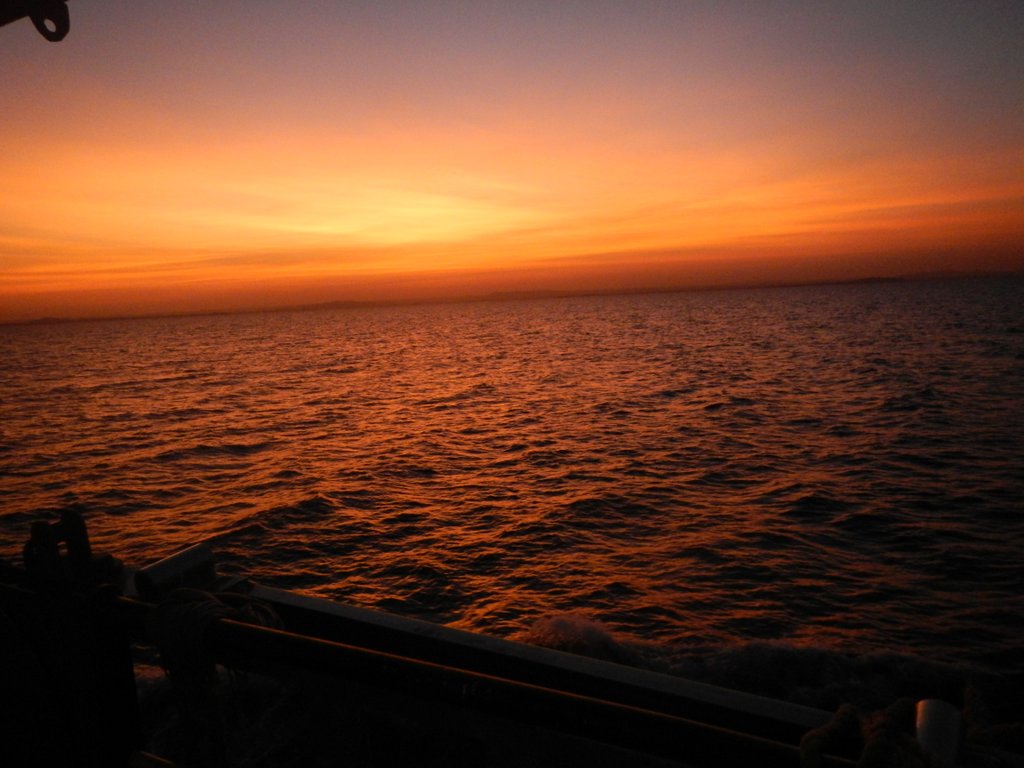 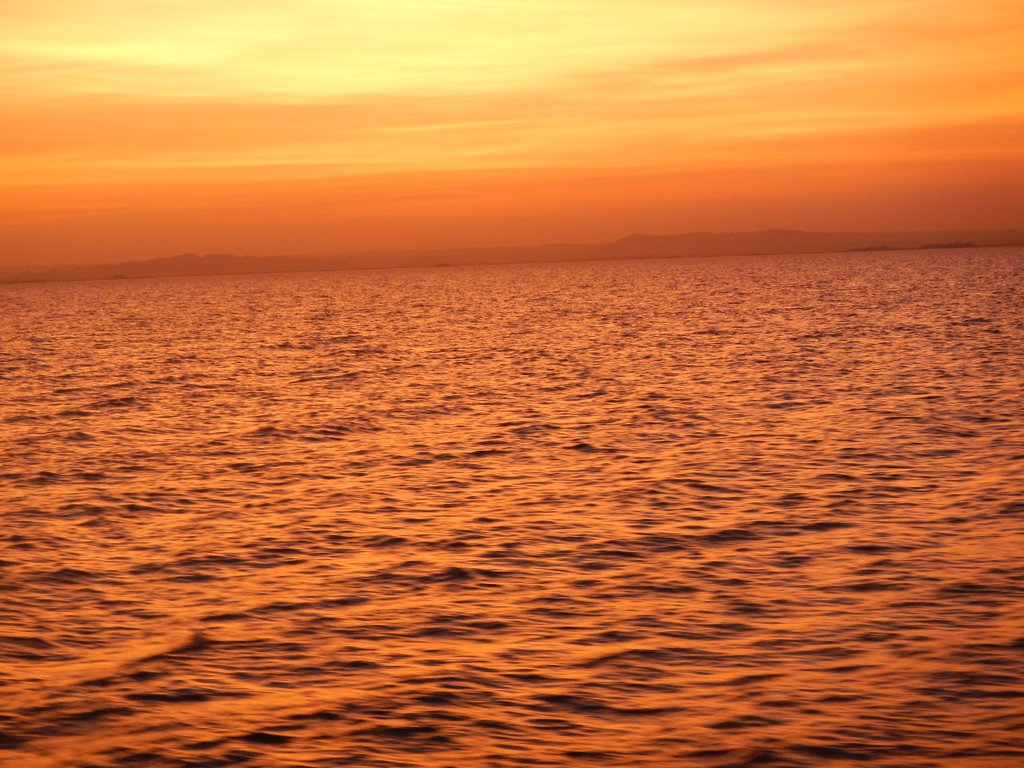 The Dreamliner does have its advantages.

After being witness to this spectacular sunrise I returned to my space with book and tea only to be joined by the family from the day before at the hotel . Father once again being given the task of child minder . The girls came to sit alongside me and the next thing I knew there I sat hand in hand with the youngsters , not a word passing our lips , just sitting holding hands as the Dreamliner sailed closer to home. 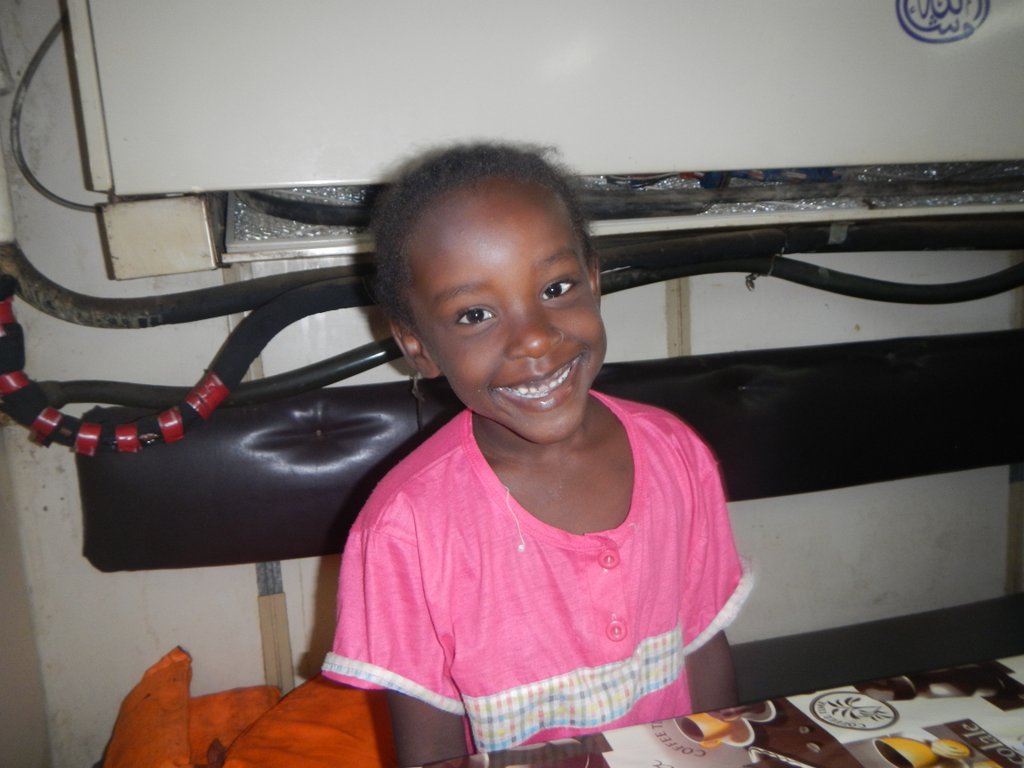 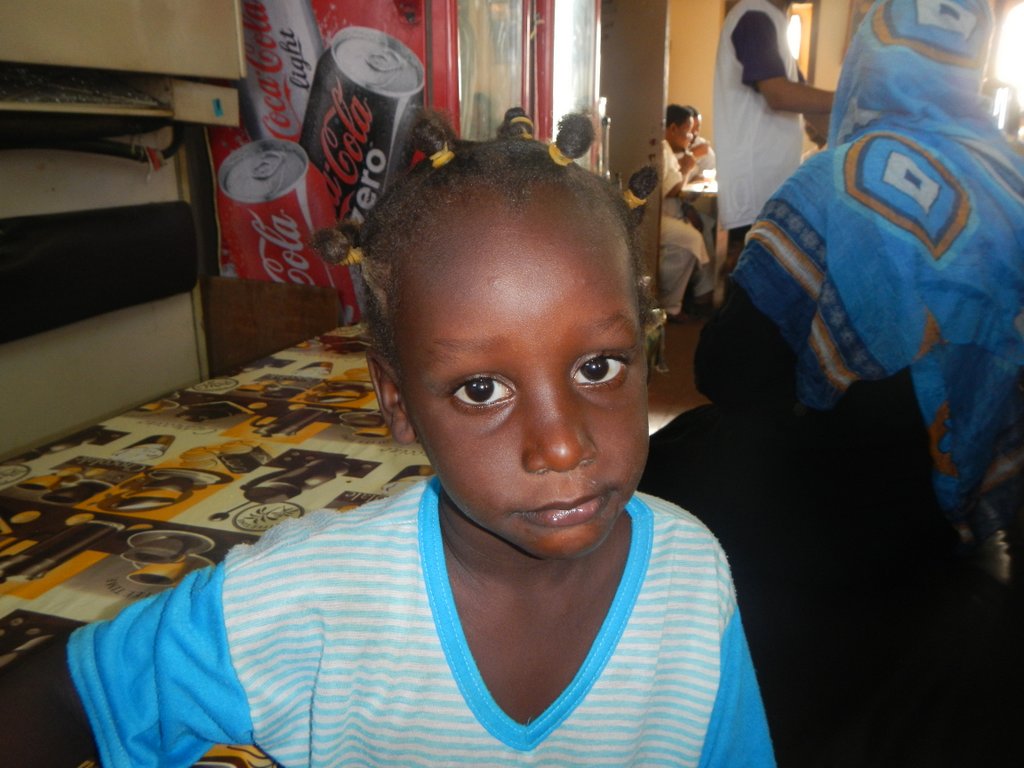 My other breakfast companion .

Dad and I  spoke of his dream to try and find work in Cairo as a driver , Sudan the country of his birth not able to offer him the life he wishes for his family . A tall dark powerful man with a strong will and gentle eyes he tells me of his life in The Sudan . As we speak I find myself drawn to his strength , inspired by his dream , taken by his unwavering faith , I felt we had been friends in a previous life that we  had  stood side by side and faced the world and its challenges . As he stood to take his leave , those strong hands taking his daughters in each , I found myself praying that he found more than his dream that his life would go beyond expectation and he would find all he dreamed of . As he walked away tall and proud my heart went with him and those two beautiful children of The Sudan.

The Dreamliner found port yet it was to be a further two hours before she laid anchor , it would be a full 24 hours before my feet found terra firma . I was met by Kamal my fixer on the Egyptian side who whisked me through immigration while the rest of the ferry queued in the blazing heat , we got through security and he then found  me a ride to my hotel . Was I glad to be on my way to a three hour shower ,  water , soap ,  toothbrush and mint to wash the ferry away.

Wow what a ride .