One night , two days to the Suez

The sun gave me the light to leave and at dawn Victoria and I set our sights on Ain Soukhna a mere 330 kilometres away and this would put us close enough to the Suez canal crossing to make it onto the peninsula and down to the Red sea diving Mecca of Sharm El Sheikh in one day . I had decided to take some time off the scooter and try and have a holiday to alleviate the road fatigue that was becoming an ever more dominant part of my day . My enthusiasm for the riding and the trip had diminished dramatically , I was stopping less and less , interacting with people was becoming laborious , my patience on a fuse the length of a new born silk worm and my camera spent its life in my camelbak  ignoring what we passed by , in favour of making it to our next destination in the shortest possible  time .

The Lore of riding had shown me the signs , stop , rest or error will stop or slow you forever . Just one night and two days of riding and hopfully the charm of Sharm would offer us refuge and rejuvenation so that once again I could find the things I loved about being solo on a scooter named Victoria. 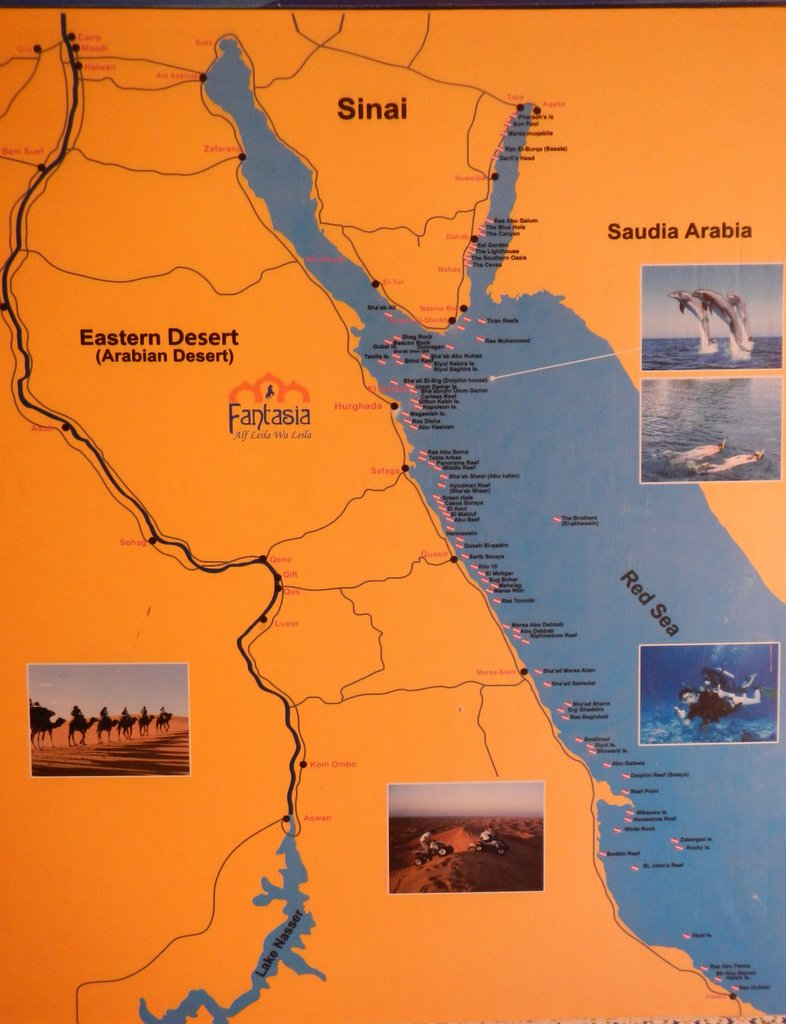 The route from Lake Nasser to Sharm and beyond .

The morning started with the belief that the day would be shorter than usual and allow me to get into Ain Soukhna  early , so I could rest well to take on the crossing bright and early the following morning . I had heard that that the military presence at the tunnel and check points could slow progress dramatically hence the desire to kick off early again .

The desert in this part of Egypt has nothing but oil refineries and rigs that line the coast , it takes on a look that fills you with despair and dread for all the beauty is lost and the harshness shows itself in a brutal way , with this landscape  came the wind that would change my day to one of the hardest and tiring to date . The scooter was been directed by the force and immense power of this wind that bent all to its will . My grip fused and locked to try and hold Victoria on the right side of the road , after loosing the battle within a few kilometres the only solution was to slow right down , use the full extent of the road and pray that it would subside , three hours later the direction changed and the wind took to our back , pushed us along with a force that had been so destructive but now  gave us  speed ,  pleasure and ease , I could only appreciate  after the battering of the last hours .

The word dishevelled came to mind when I arrived at the hotel , luckily I had made a reservation before hand , as I don’t think they would have let me in by the way I looked and felt .  I tried to use the hot water and time  as jaws of life in the shower to release the clamps that locked my body like the hunch back of scootredam , to no avail , but not all was lost the mattress was hard and full of support,  I knew after a night on this bed all would be well in the morning .

After my shower it was down to dinner and as luck would have it the hotel only offered a buffet , so thinking I had escaped the horrors of Hurghada  , I was once again shown how manners can be lost in the battle that reigns around the buffet , with the smallest gaps taken to secure that piece of meat ,  or the most supple of stretches that allow a person three back to secure the tasty tart twinkling under the frosting , how husbands forsake families , leave wives a gasp  to get down to that beacon of delight . The food was good , nobody went hungry and with my dinner done off to bed so the early bird to catch the tunnel .

A day in the dunes