My wake up call was at 04h45 as my pick up was to be at 05h15 to be taken to the launch site for my hot air balloon flight , this was to be a tick on my bucket list , I have for the longest time imagined in my mind how spectacular it must be to float over the Serengeti watching the sunrise over the plains  , transported above the world , in relative silence , open to the elements exposed to a magic land.

I arrived at the site just before sunrise , to see these giants starting to stir as the fans blew cold air into the balloons , the basket on its side waiting to take on the cargo , the captain preparing and performing his flight checks so that he could control this flame consuming giant . 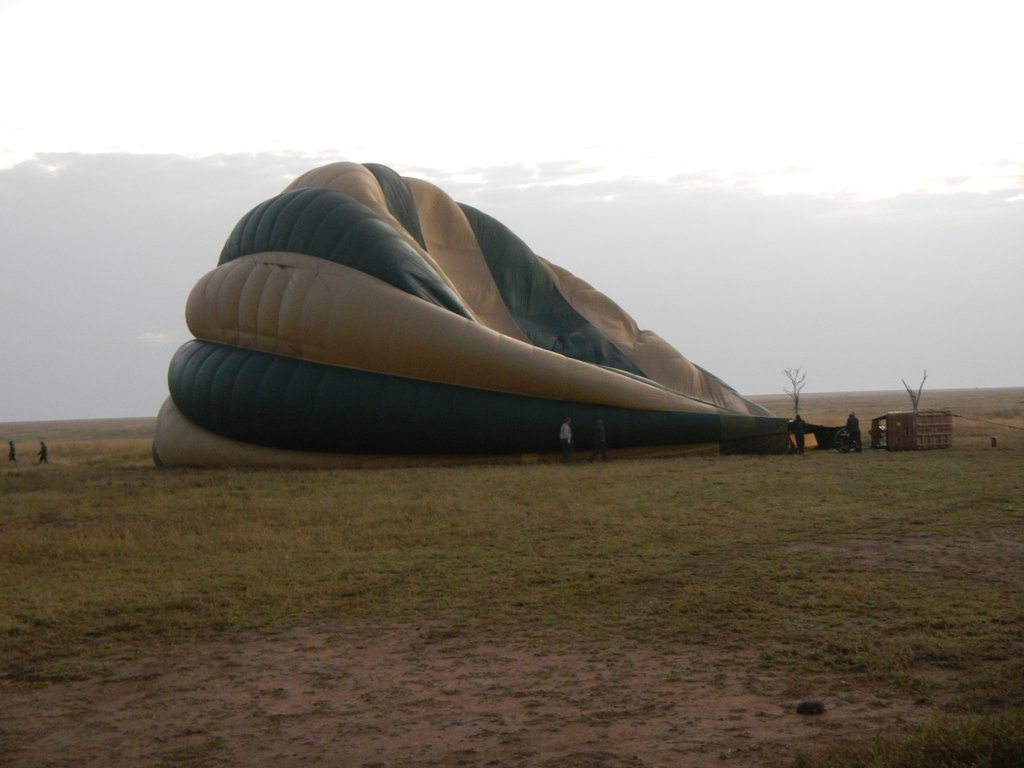 The giant starts to stir 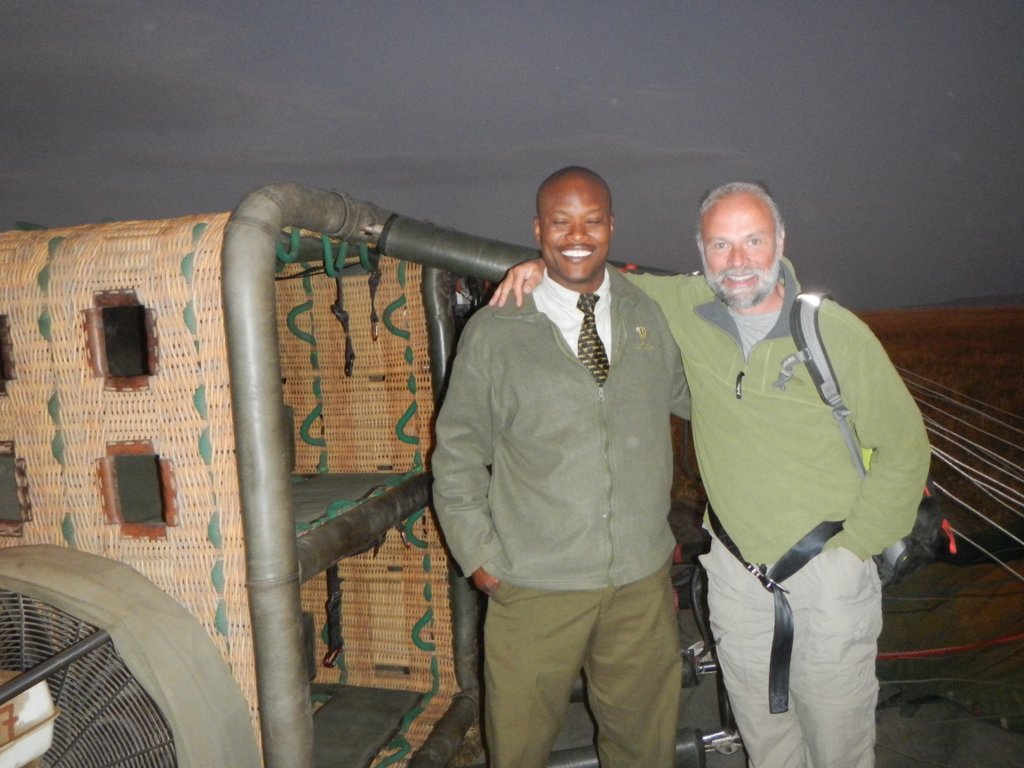 Captain Abied , what a great pilot . 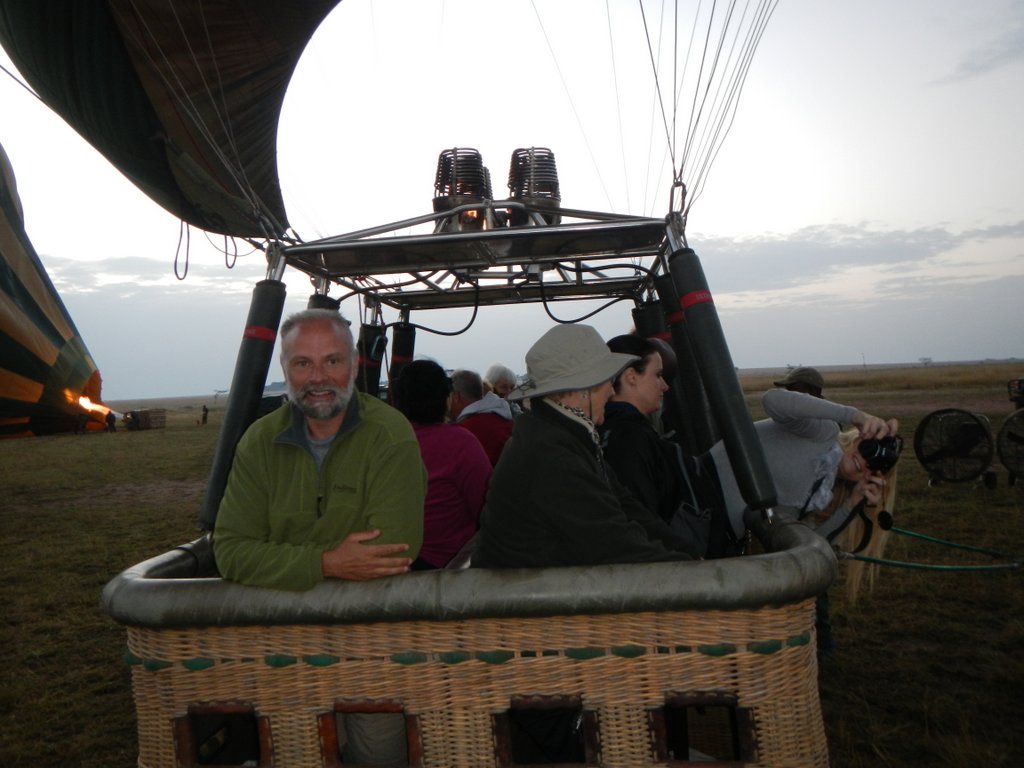 Just before lift off

The heat and noise confirm lift off and you start to leave earth ever so slowly , people still chatting with fear or excitement , but within a few minutes as we gain a few knots fewer words are spoken and sounds of awe replace the chatter. 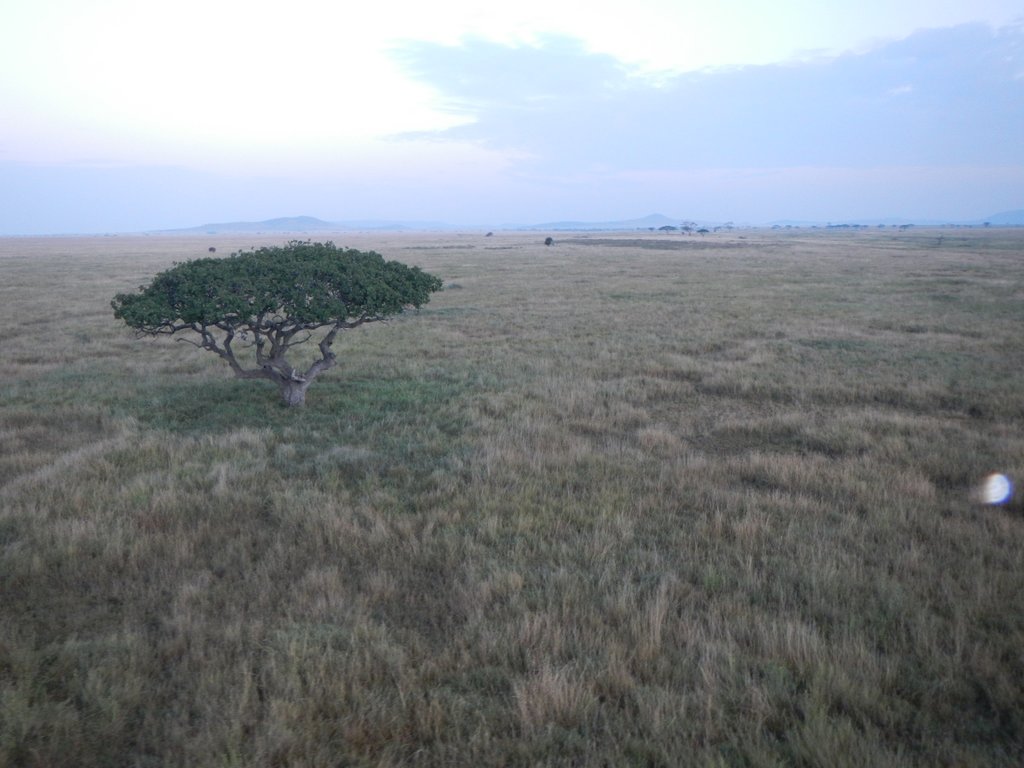 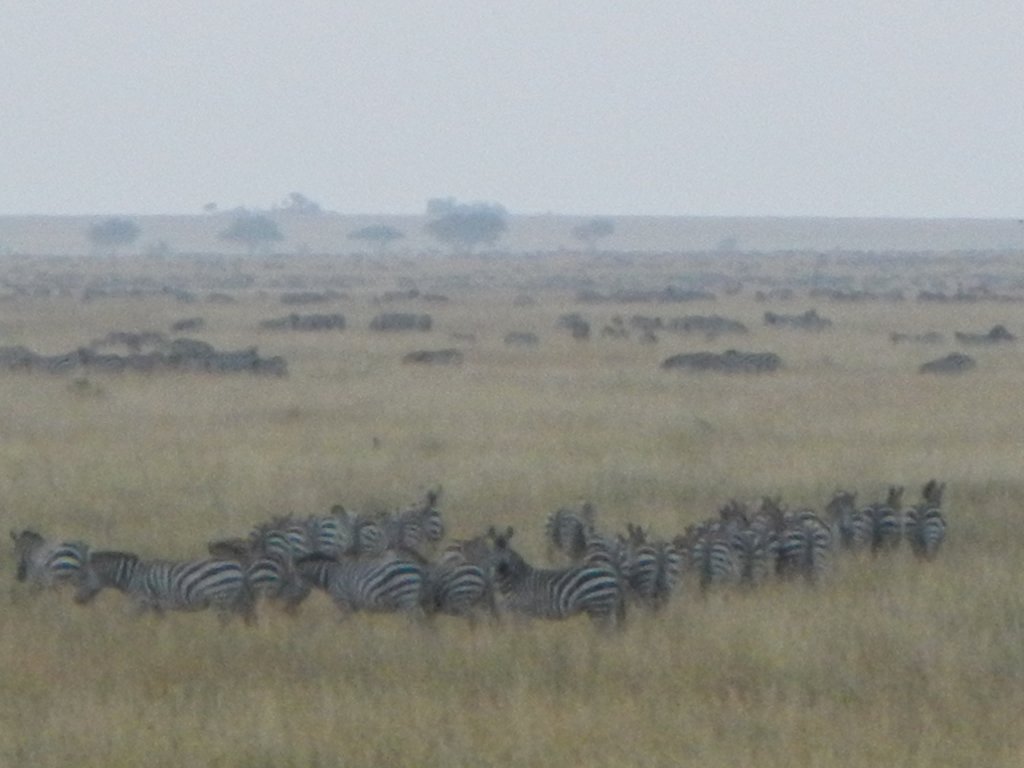 Zebra scattered over the plains , like juicy caterpillars on green. 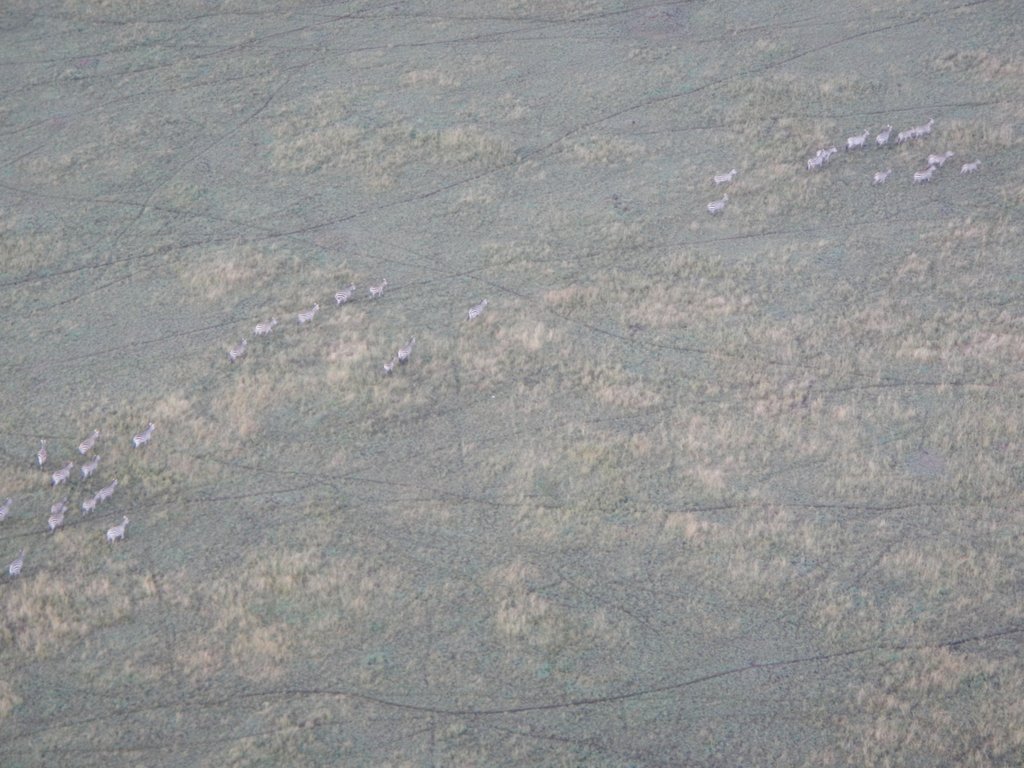 Game tracks from above 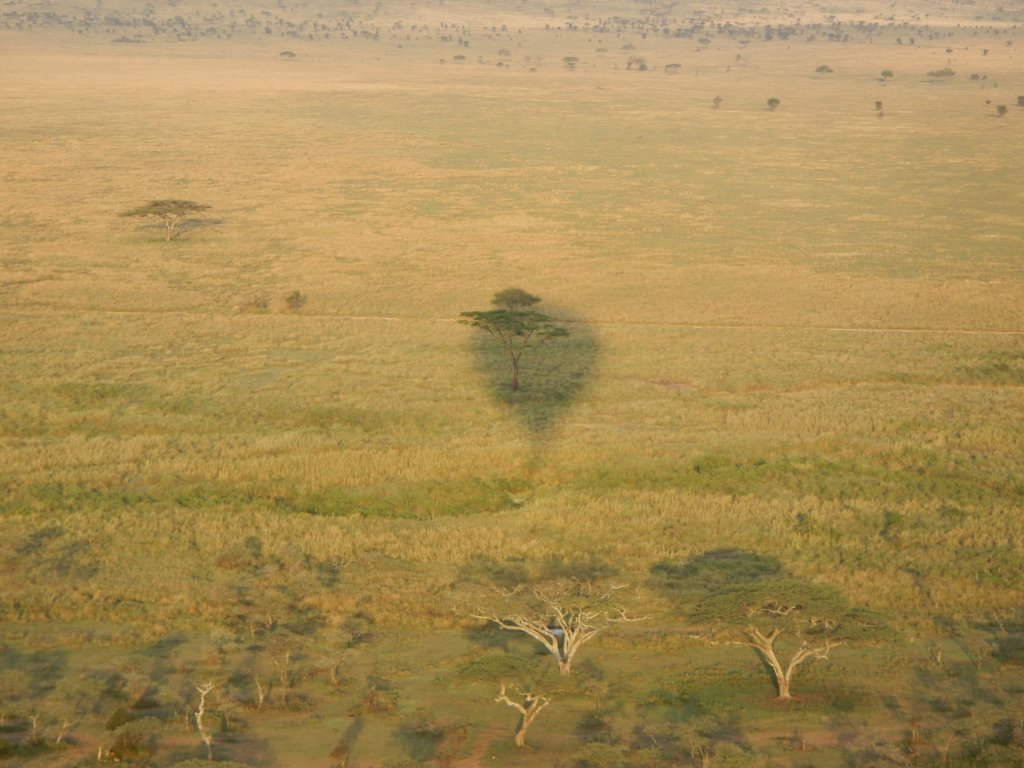 As we gain altitude and speed to change direction 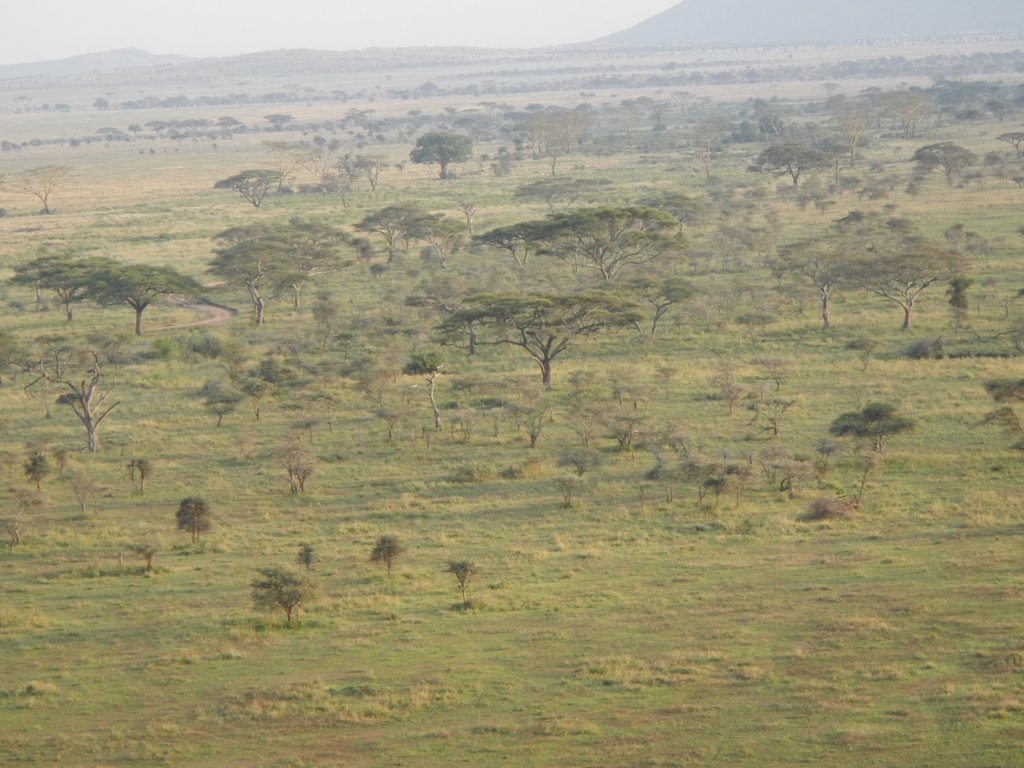 The Serengeti at her best 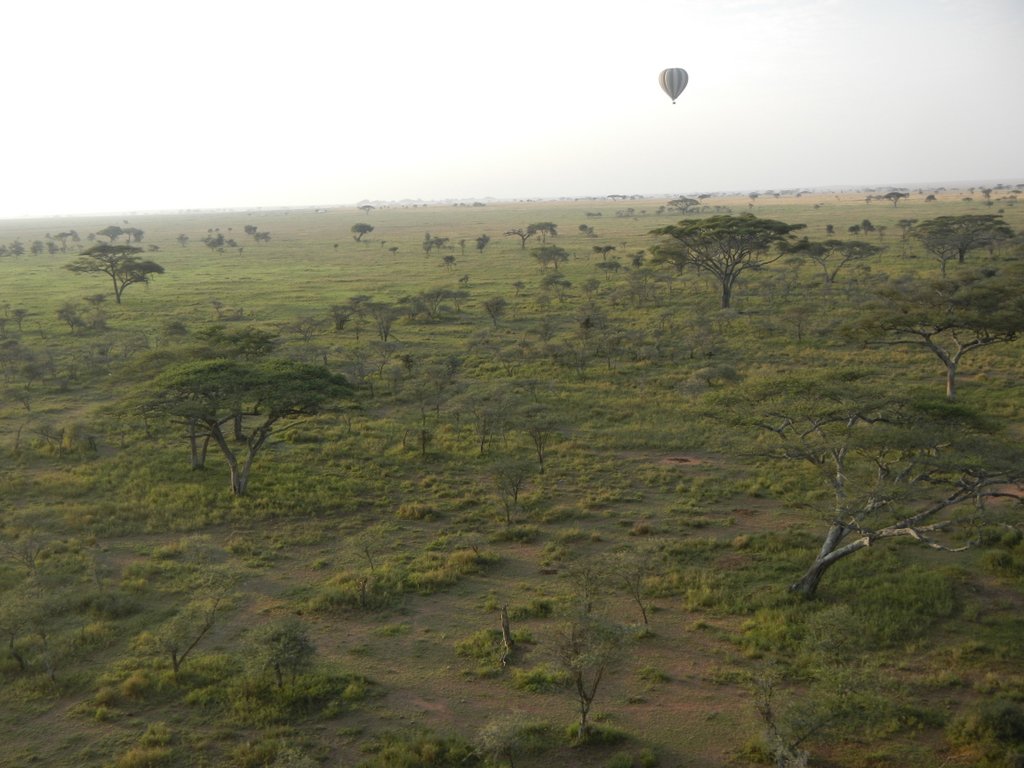 We are been followed

I am using as fewer words as possible and as many pictures as I can to try and explain how incredible this flight is , even if I had not seen one animal , just being above the Serengeti , seeing the plains , woodlands open before your eyes is just an amazing vision to behold , just the  splendour is enough to quench any thirst for the wild of Africa. 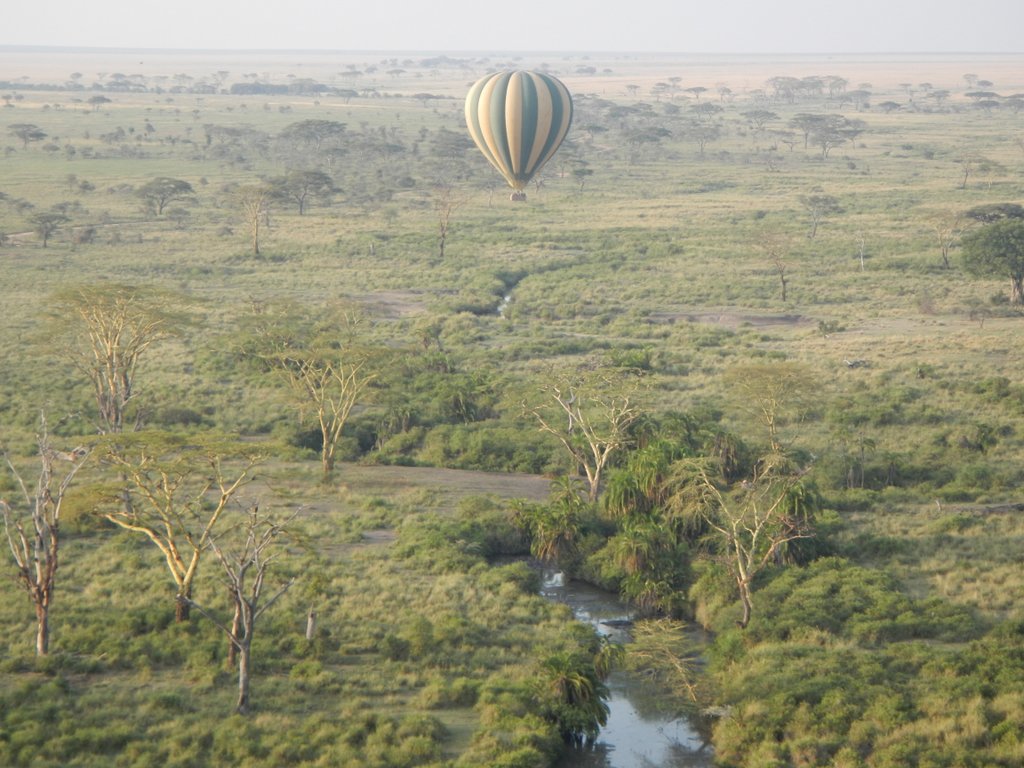 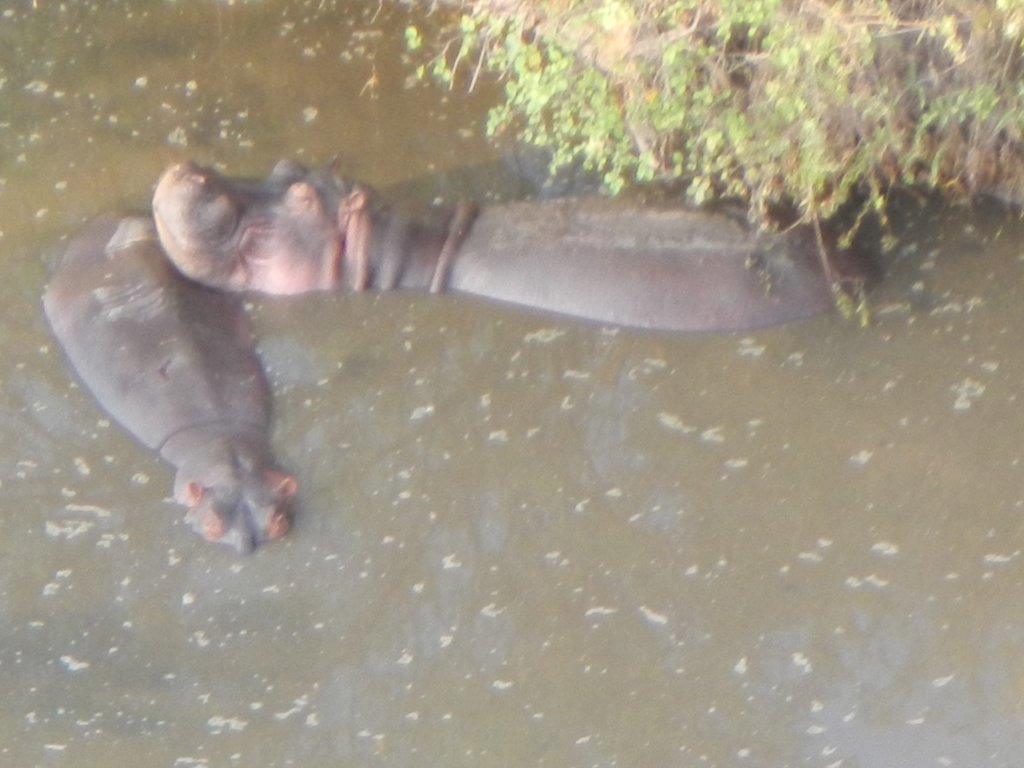 After the river we go in search of the wildebeest and the reward was just a few miles away , in every direction you could find them , movement on mass they followed the path that lived in their genetic code . 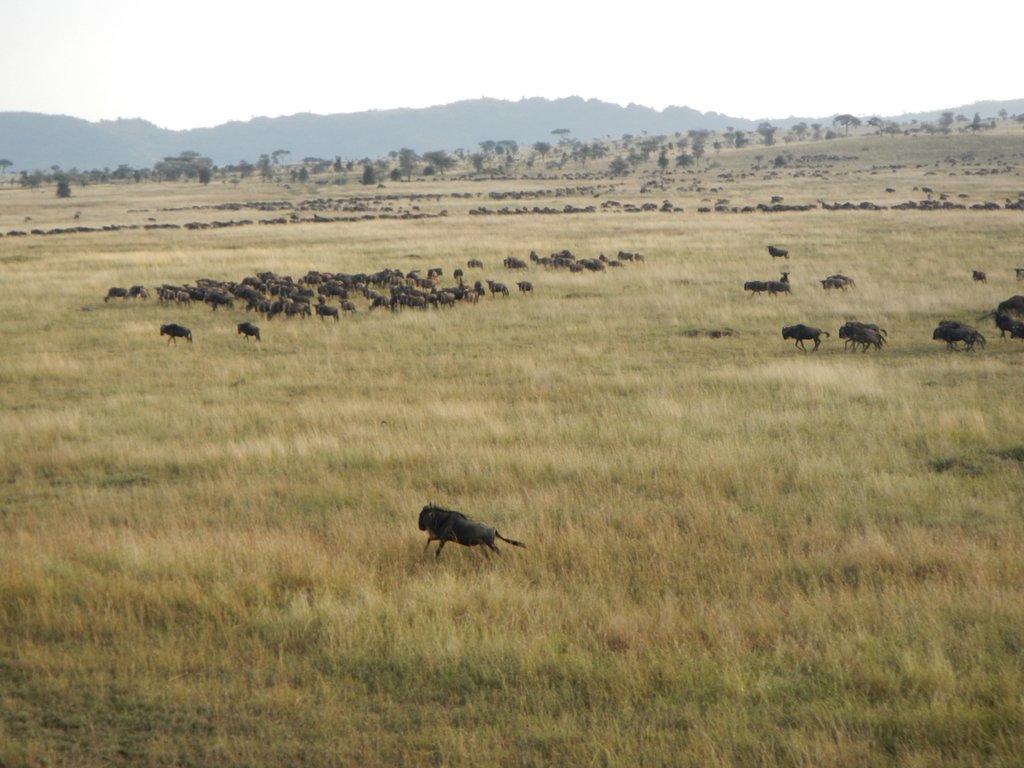 Not black rocks but the beest 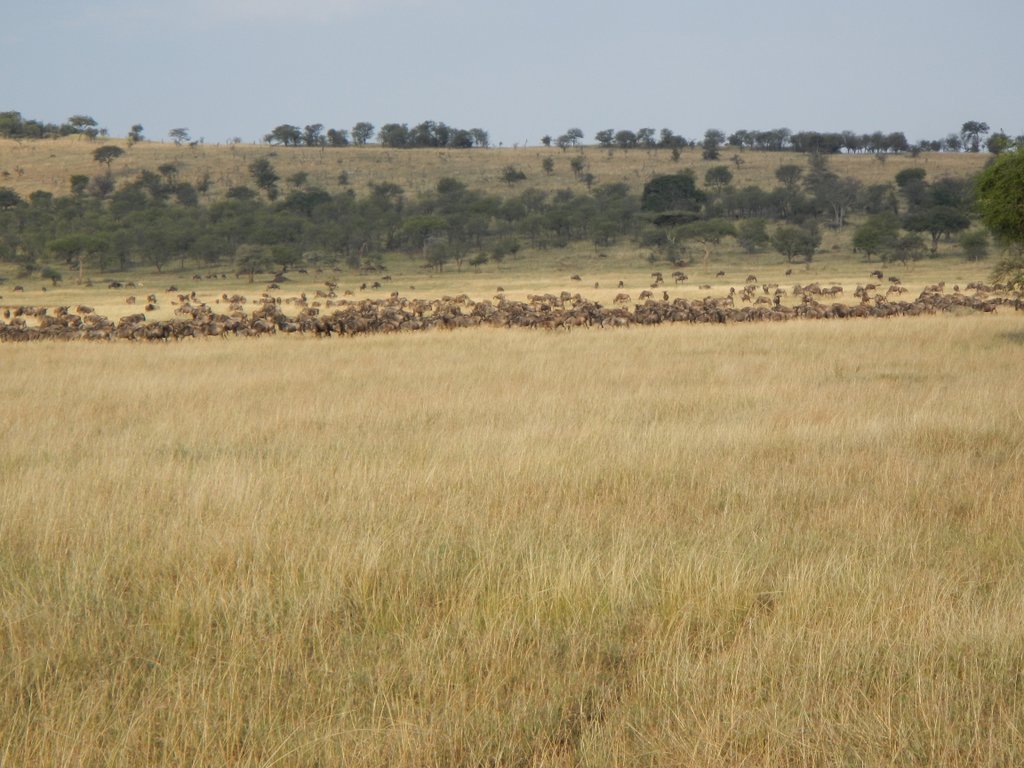 The landing is a lot of fun and at times you think you might land on the wildebeest , you assume the landing position , after the odd bump , scrape and hop you are delivered back to mother earth bathed in euphoria , and the wonder like that of a child at what you just experienced. 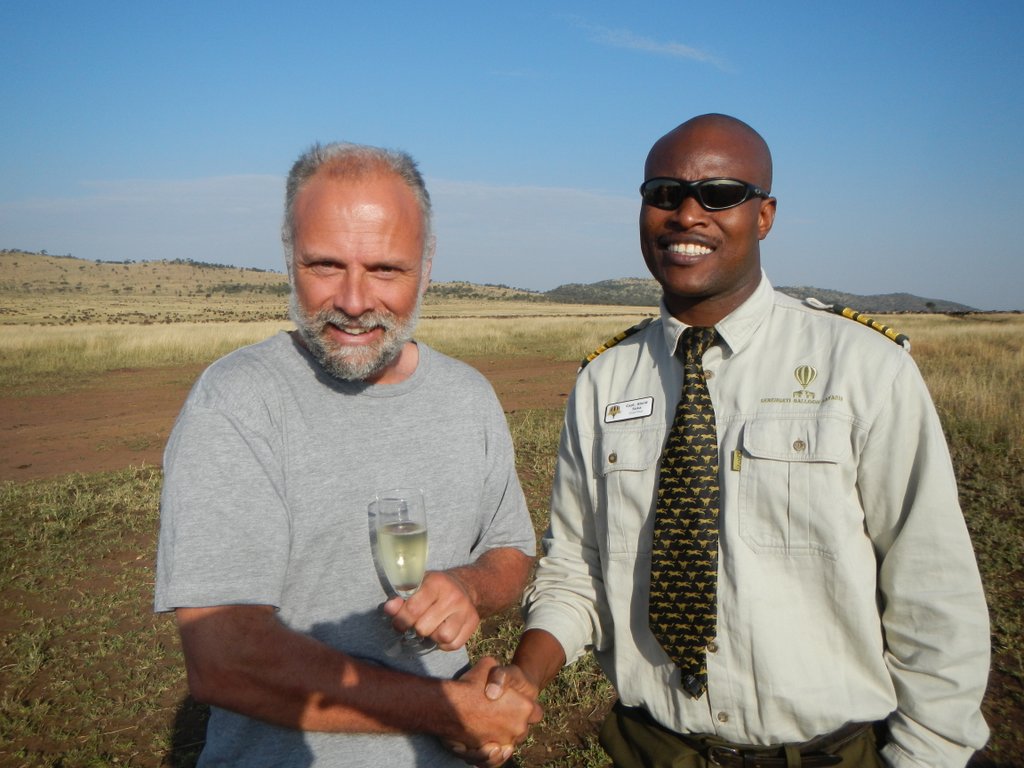 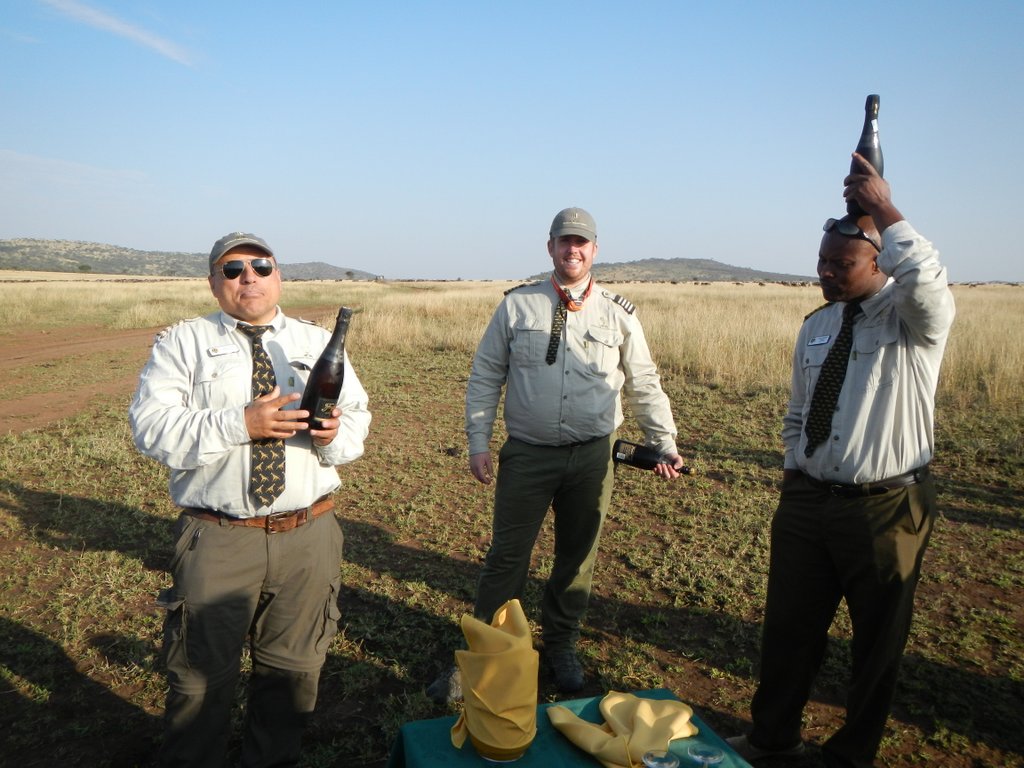 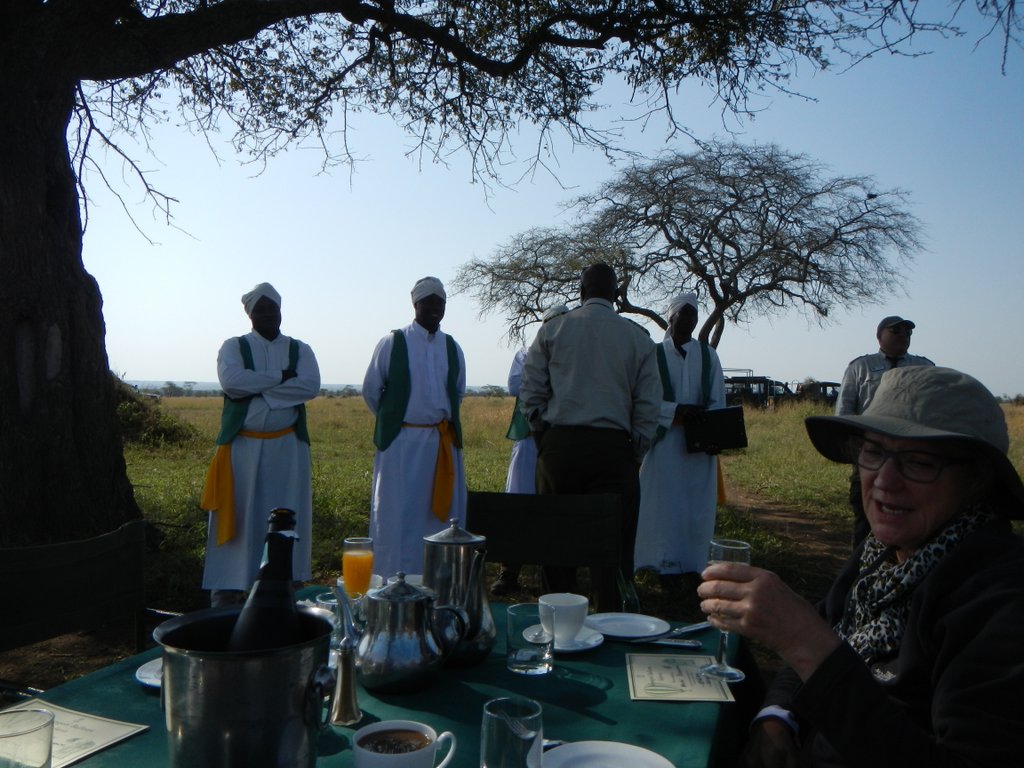 I so enjoyed the flight , the feeling and the sights from above , a morning to remember , a gift to treasure in mind and soul. Breakfast came to an end and we all jumped into the various 4×4 ‘ s to take us back to the main office to be collected. Zeph and I drove around for a little , me deep in thought  about the morning flight and him using his eagle eye to spot hidden game. One of the highlights was coming across a pack of around eight hyenas , one of which was running down the road looking very pregnant carrying a zebra head in her jaws while the rest of the pack yelped and ran behind and around her. She was clearly the dominant one as none of the others even tried to touch any of the scavenge. 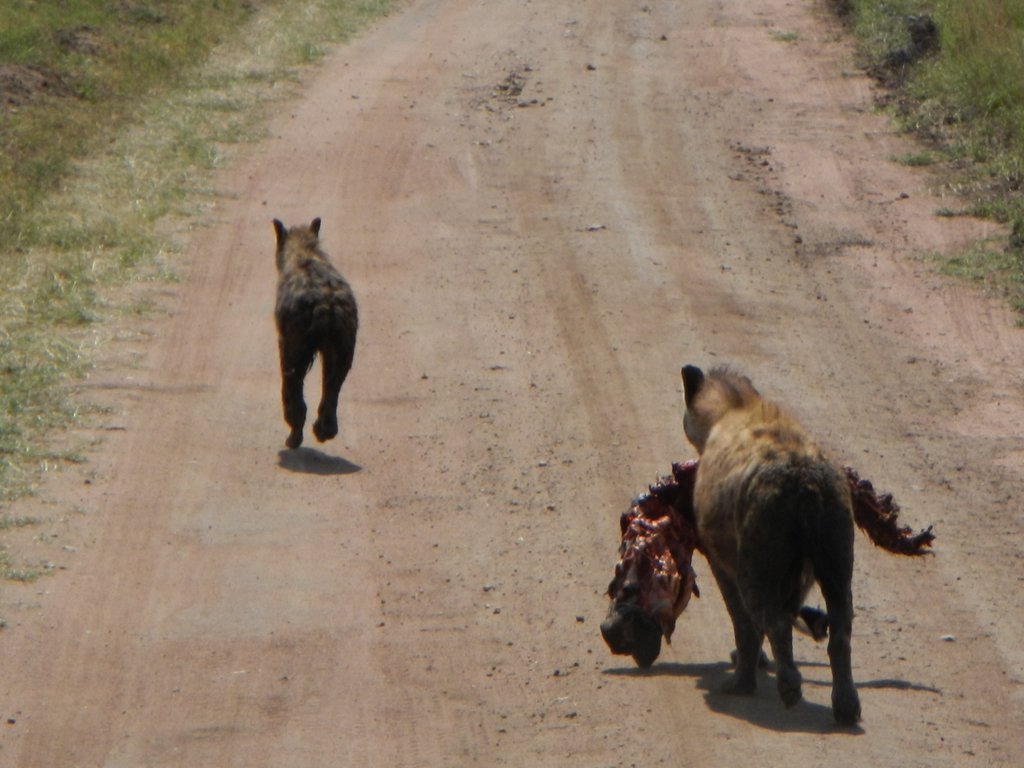 Next up was a cheetah in the distance and more of the migration lining the road . What was incredible was that the area where we had found the herds that was teeming with life just a few days ago was now a ghost town , not one zebra or wildebeest to be found , they had all moved on to fresher pastures. We then came across some more lion as well as a fresh kill , and it was fantastic to see the cubs feeding and frolicking while the mothers feasted. 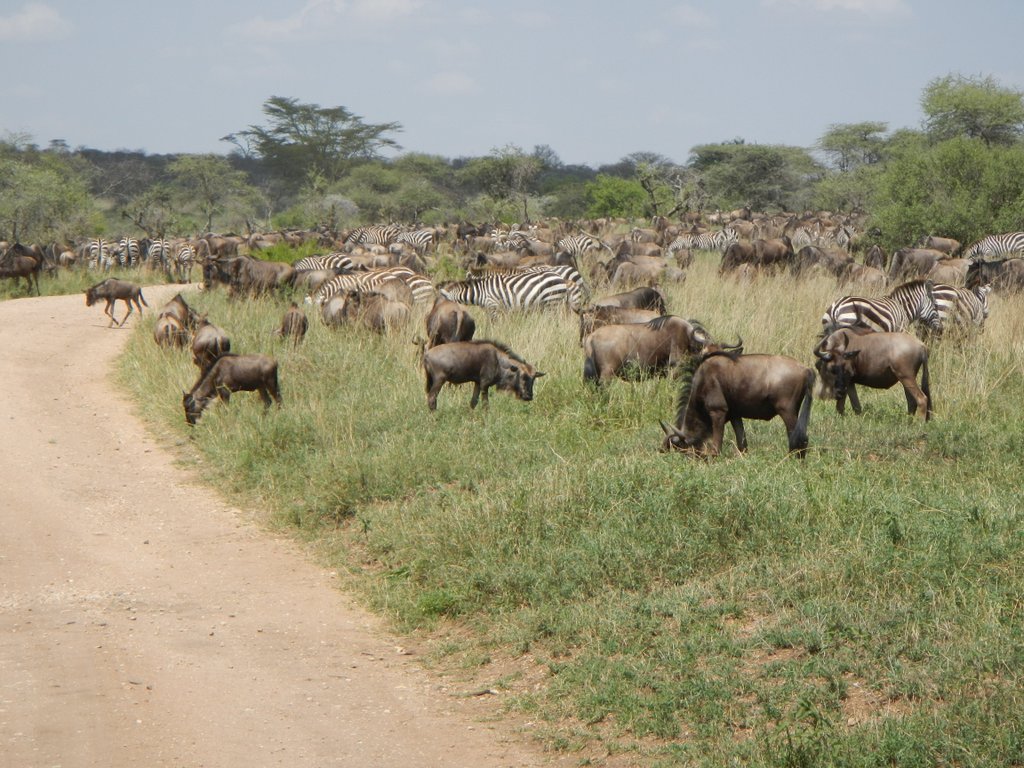 The main herd as they moved along 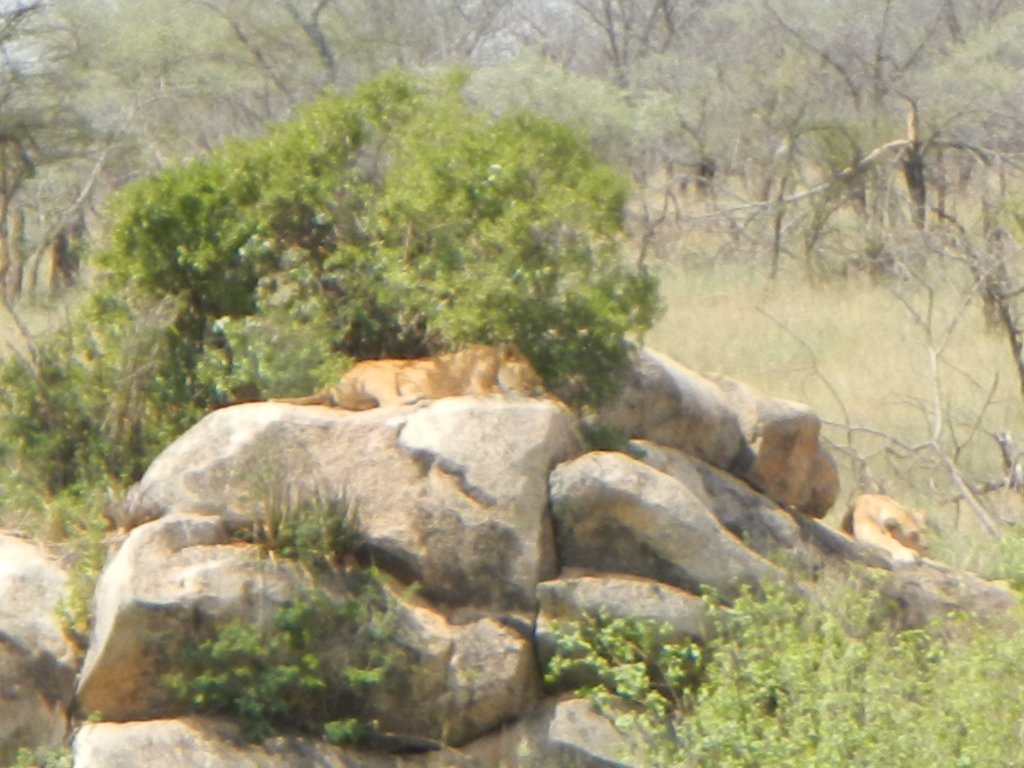 The now not so lesser spotted cat. 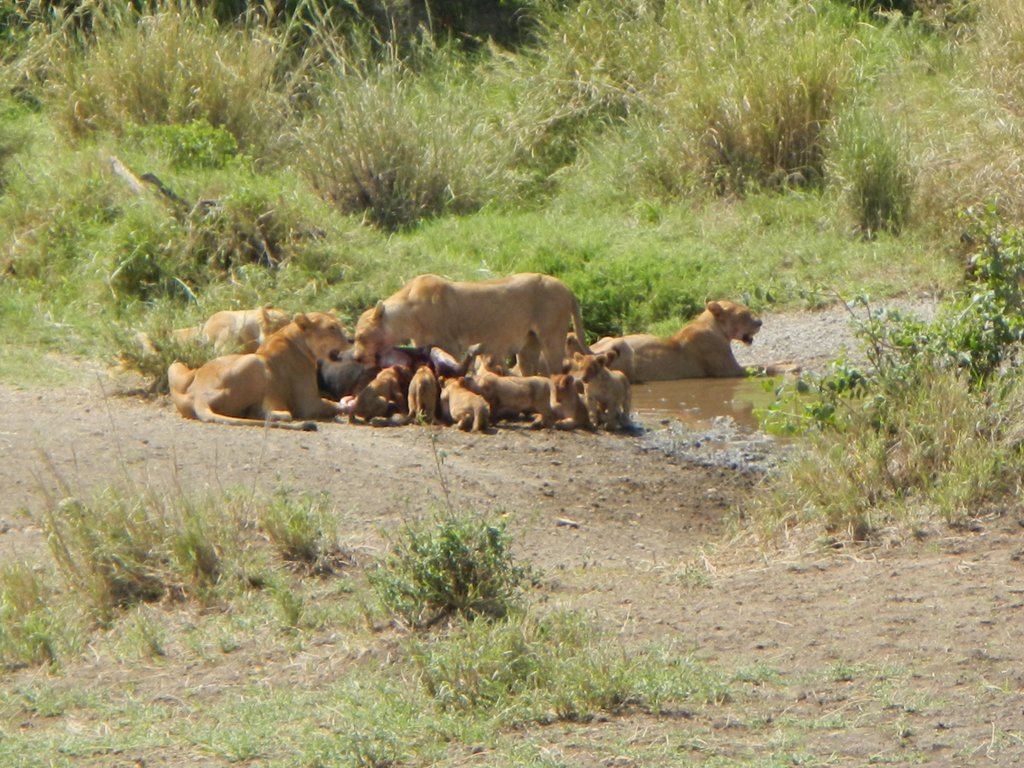 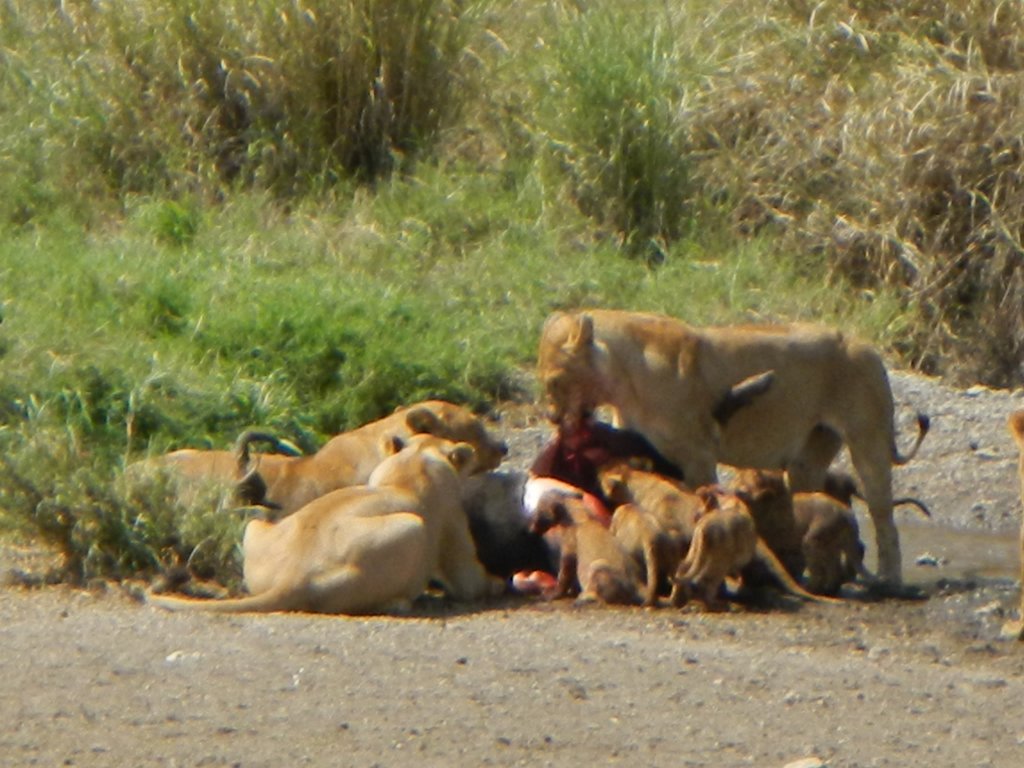 Lesson session for the cubs

It was around lunch  time , when I asked Zeph to take us home , my day had been all I could ever have wished for , time to rest and reflect , have an early night because Zeph and I had a huge day ahead travelling by road , through the Serengeti , down into the crater to spend around 4 hours there and then back out and on to Arusha . We had a  12 hour journey to look forward to in the morning.

I had my farewell dinner with Cliff , in bed by eight only to be woken by the lions who had come to bid me goodbye and goodnight . My head on the soft pillow pronounced many thanks and much appreciation for what I had  the privilege of seeing and experiencing . It does not happen often enough when expectations are met beyond expectation.

A ancient place that gives far more than it takes , shares all if you just quieten  your mind and open your heart . Mother nature the rejuvenator and restorer .

Meek and mild to Mbeya mayhem