Tsumeb Twice and time in Otavi

My plan was going so well that I slowed the scooter down and took in the scenery while pottering along at 65km. I had left Otjiwarongo at seven sharp and it was my plan to get up to Onguma  Game Lodge  just outside Etosha National Park by lunchtime , set up camp , relax , do a night drive and enjoy the bush.

I arrived in Tsumeb with only 100km to go for a quick cup of chino and some petrol at the Engen , realising at this point my phone was no longer with me. Oh no, what had I done with it ? So my new day started in the Wimpy with some really helpful staff. We tracked down the hotel number and called them. No phone in the room.  Whilst all this was happening,  I was trying to get on-line to find the phone with the very handy app that Steve gave me.  Trying to get WiFi then 3G,  I was enjoying the company and cappuccinos with my new found friends at Wimpy.

Finally there it was! Blinking next to the Highway just outside Otavi about 60 km back! Operation recovery was set in motion and off Vic and I flew to get our own back. 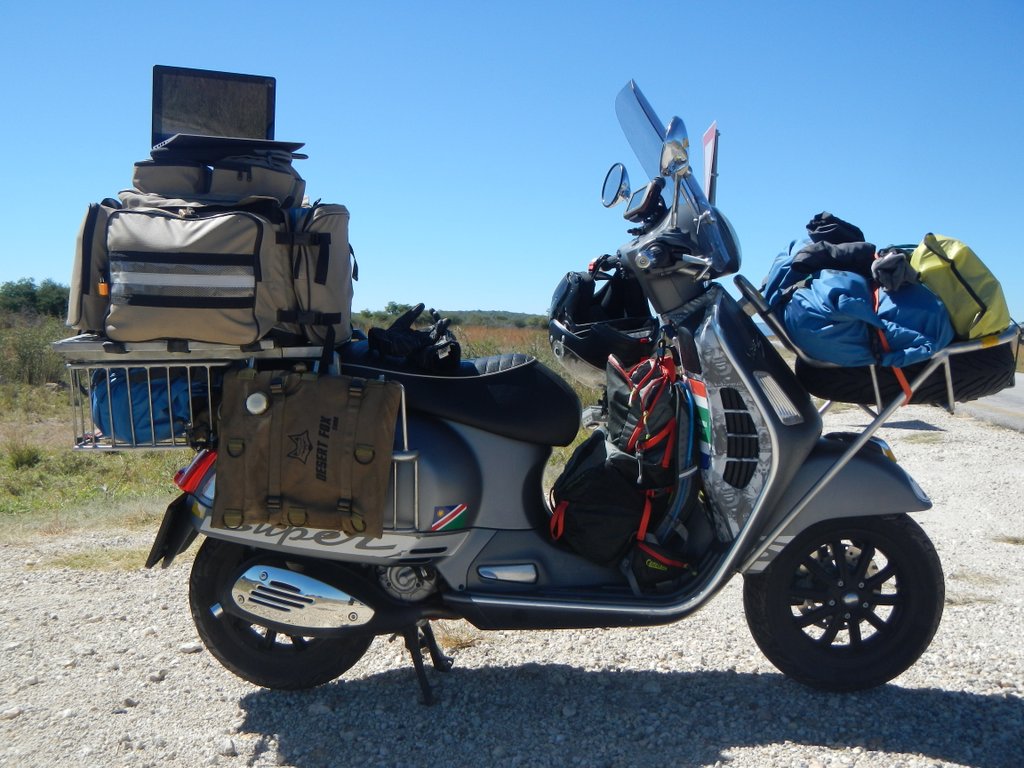 Searching for signal and shade.

At this point the phone had moved in to Otavi , so off we sped into town to the police station and explained all and could they help recover the phone?  Absolutely!  was the resounding response. So we tried to get signal again  and could not. We drove up the road to the Municipal Offices. Still nothing. Then to the local telecoms shop. Still no luck with the signal . Now please bear in mind I have the undivided attention and help of three police officers and the company car helping out this soloscooterist find his phone.

We eventually end up at Michael’s house in town. he owns the telecoms shop and finally we get signal! The phone has moved again. We give the police the location they fly off in a ball of dust..Oh no! and it moves again, oh and again. After about 10 minutes we realise the location is about 800m out . So  after a couple of hours of hot pursuit the phone goes dark and the operation ceases. Damn it was fun.

I was so impressed by the Otavi police. They were absolutely fantastic. Nothing was too much and they joined in on the hunt for Green October.  To all of you who put in so much effort to try and put the apple back on the cart, thank you so very much. 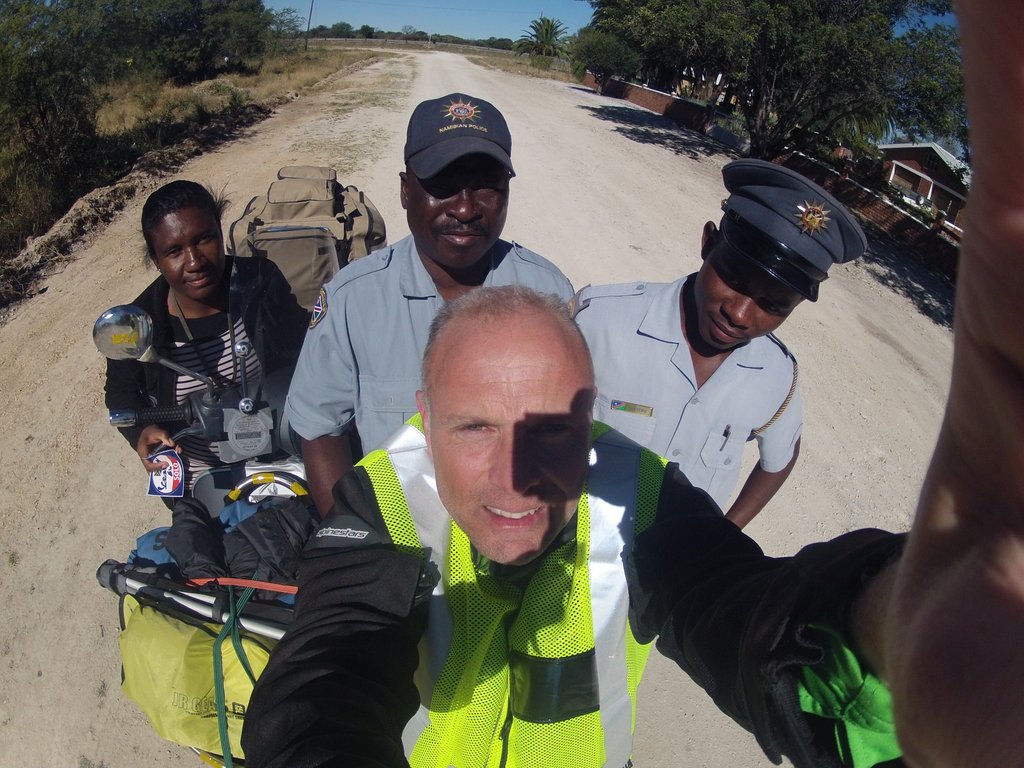 My very helpful team of detectives 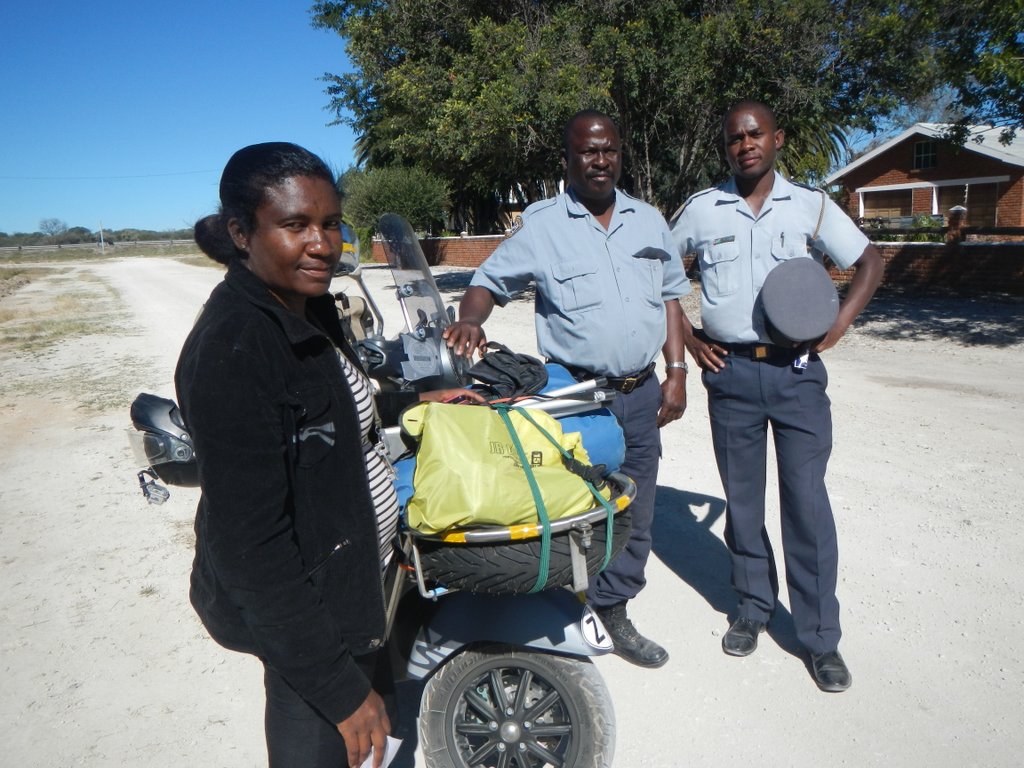 Many thanks for your effort

If the phone comes back on line, Michael from the phone shop has kindly  offered to get the police involved to track it. To the very kind citizens of Otavi,  my thanks.

Back to Tsumeb and then on to Onguma , Two and a half hours later I was riding down the game viewing paths on my way to Tamboti campsite, hoping not to see any big game on the way for obvious reasons. 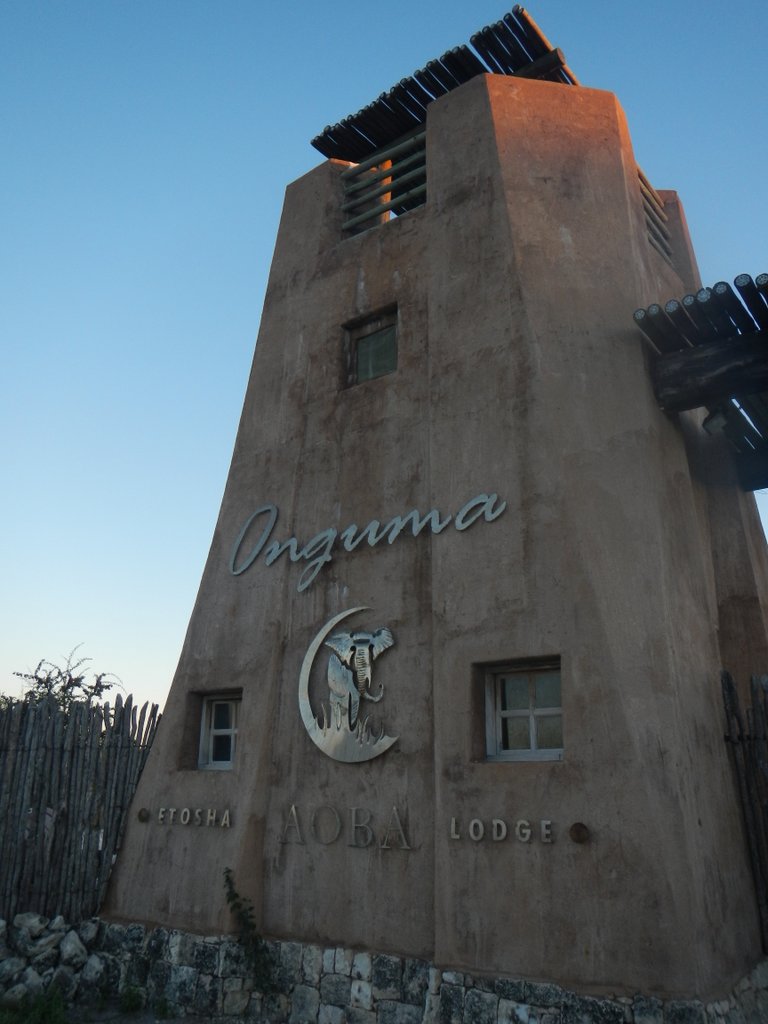 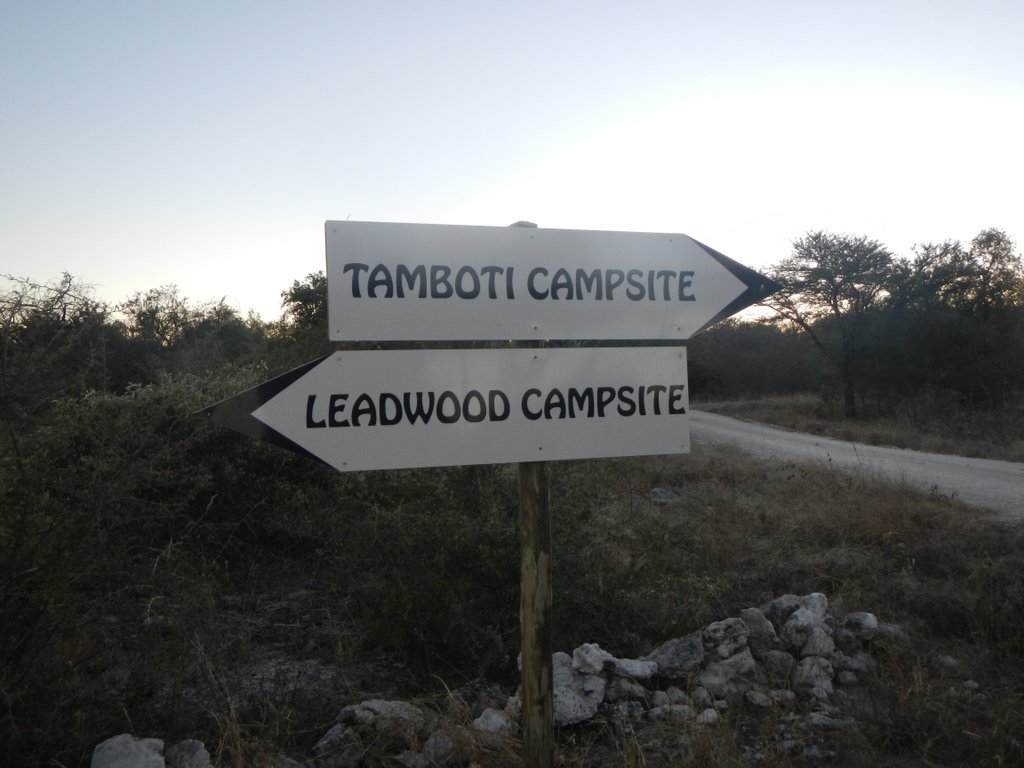 luckily not to far down the track

On arrival I was warmly greeted by Samuel and shown around this rare find in the bush. It is really a great recommendation from Steven and Nicky. The facilities are beyond fault , the attention to detail is unbelievable , and don’t forget it is a campsite. it felt fantastic being in this place. 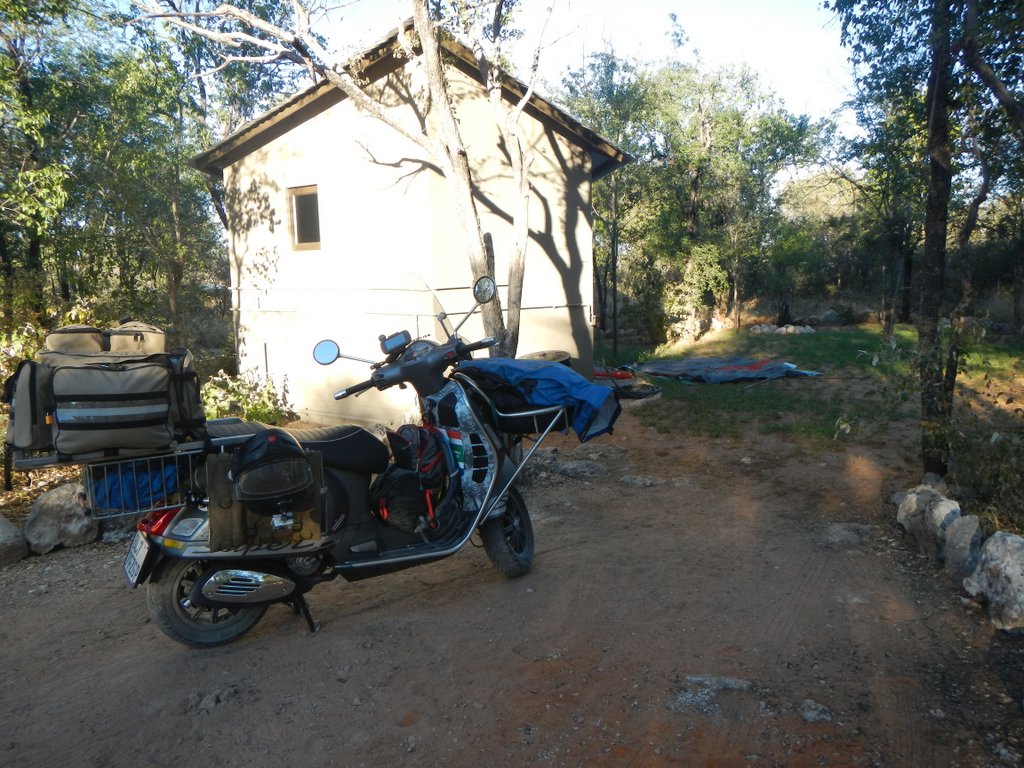 My campsite with own ablutions. 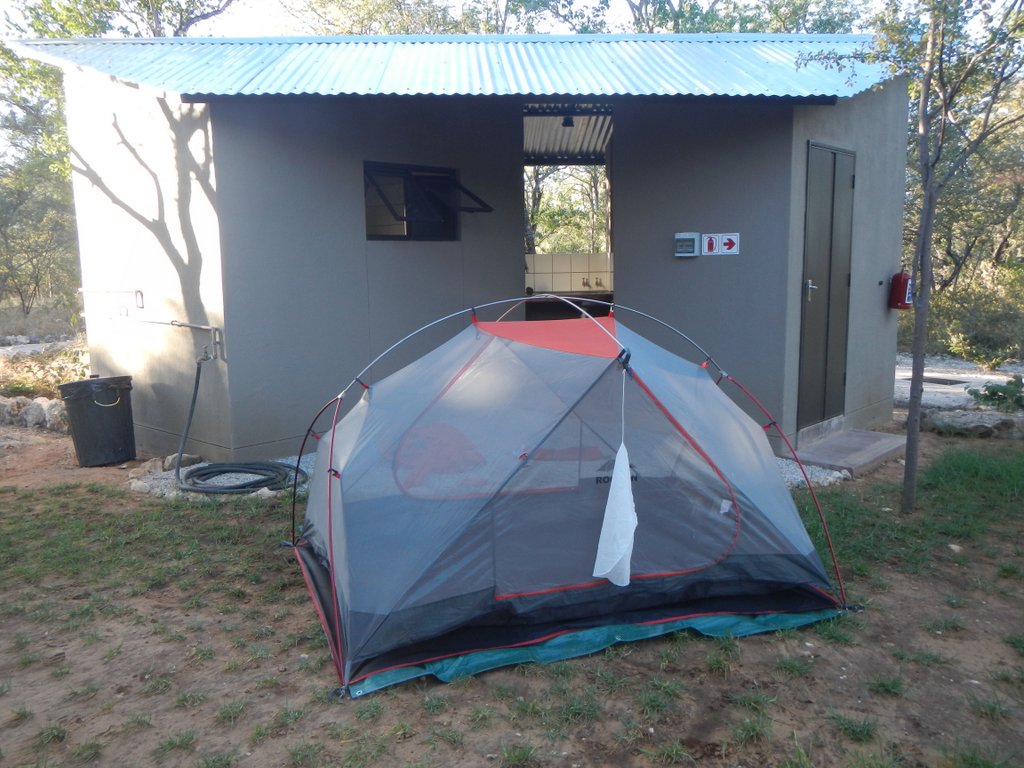 To keep the predators out. 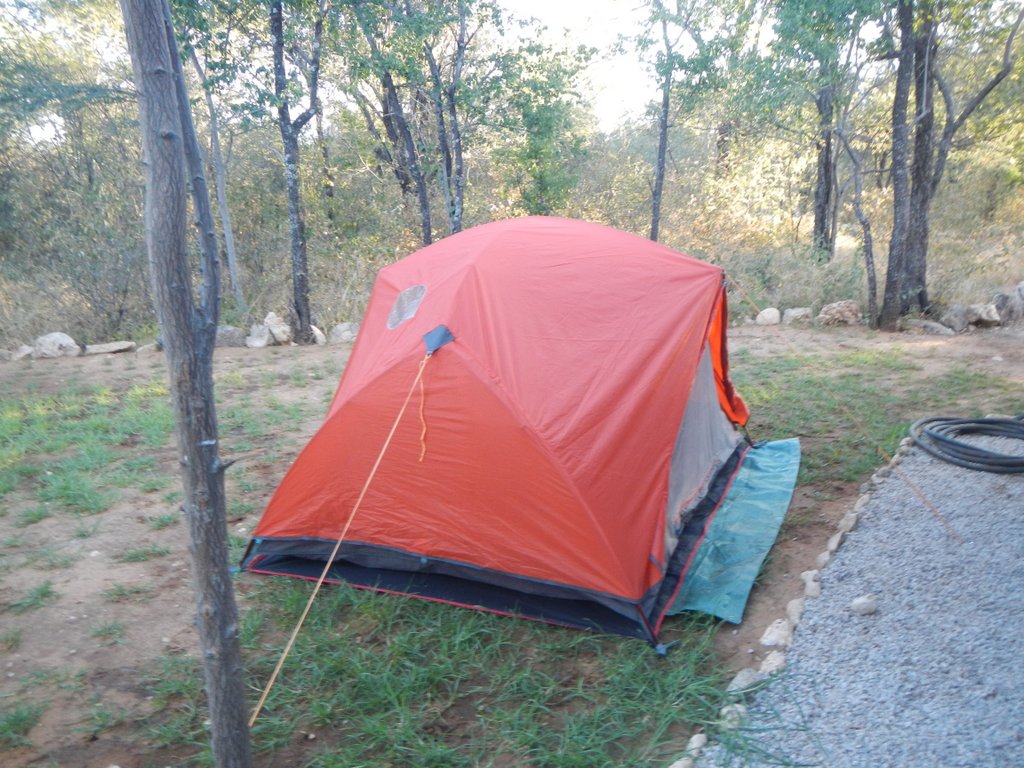 I had a great shower , booked my morning drive into Etosha  and settled down to a scrumptious steak prepared to perfection by the resident master chef Isak –  medium rare perfection overlooking the waterhole thinking of a cosy night in the bush.

This place is the heat. The fantastic facilities and the most wonderful , helpful staff.  I have invited Samuel for some morning French press coffee at five fifteen a.m before I head off into Etosha .

Today was one of my most enjoyable of the trip. I had a ball all round, met fantastic people… so off to bed with a full heart and smile. 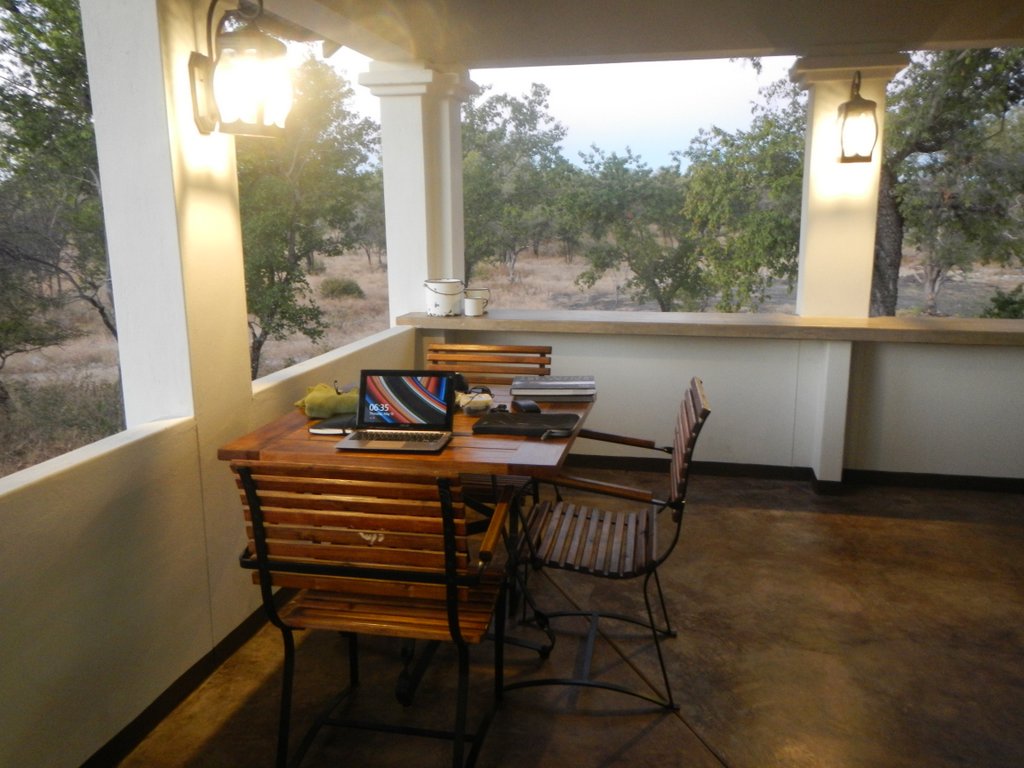 Soaking up The Sudan

TLC and some statistics