Still basking in the after glow ,  recovering from post traumatic road disorder and having  found  a hotel , that not only is the biggest in the whole of Moyale , which of course makes it very easy to find , but is  clean , neat with great staff , I decided  it was time to get down to some chores . 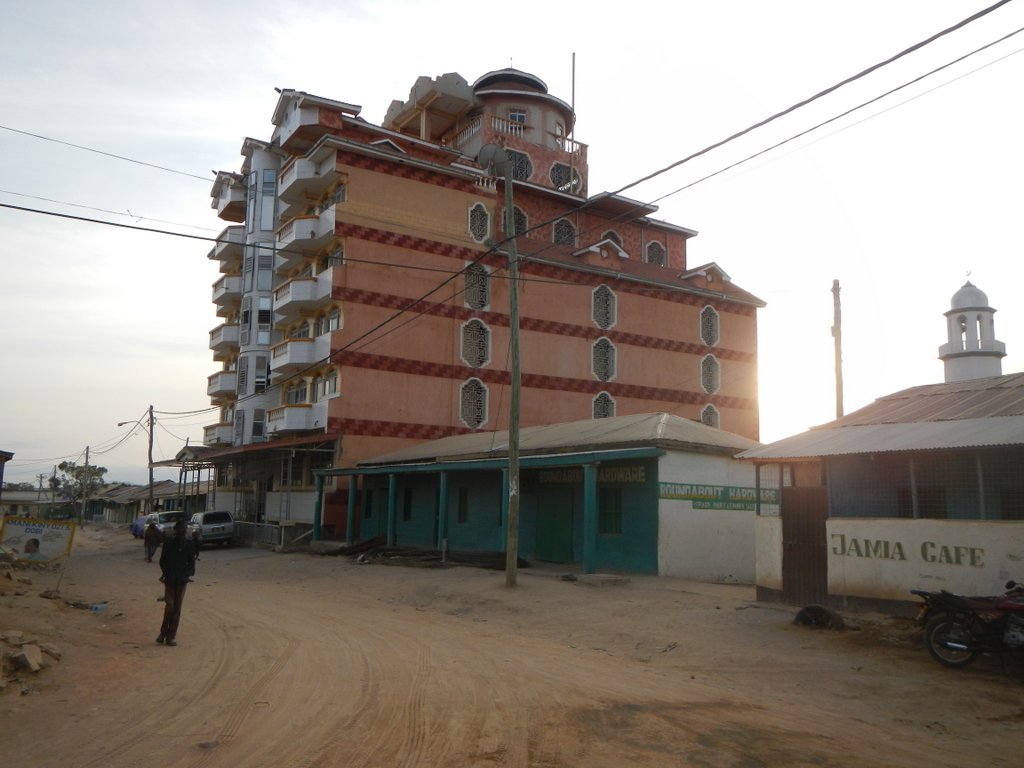 Victoria was in  such a state after those roads , all my gear covered in the devils dust . It was time to take immediate action . I  found a car wash just up from the hotel and set to task a well deserved rejuvenation package for Vic. 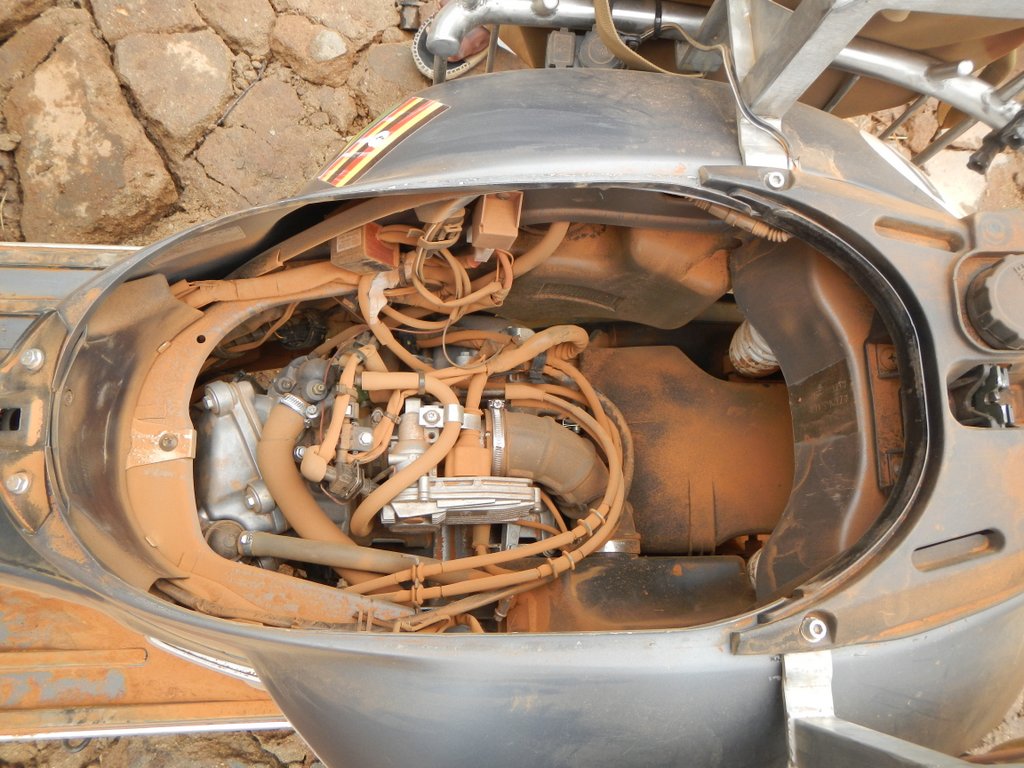 Can you see the engine? 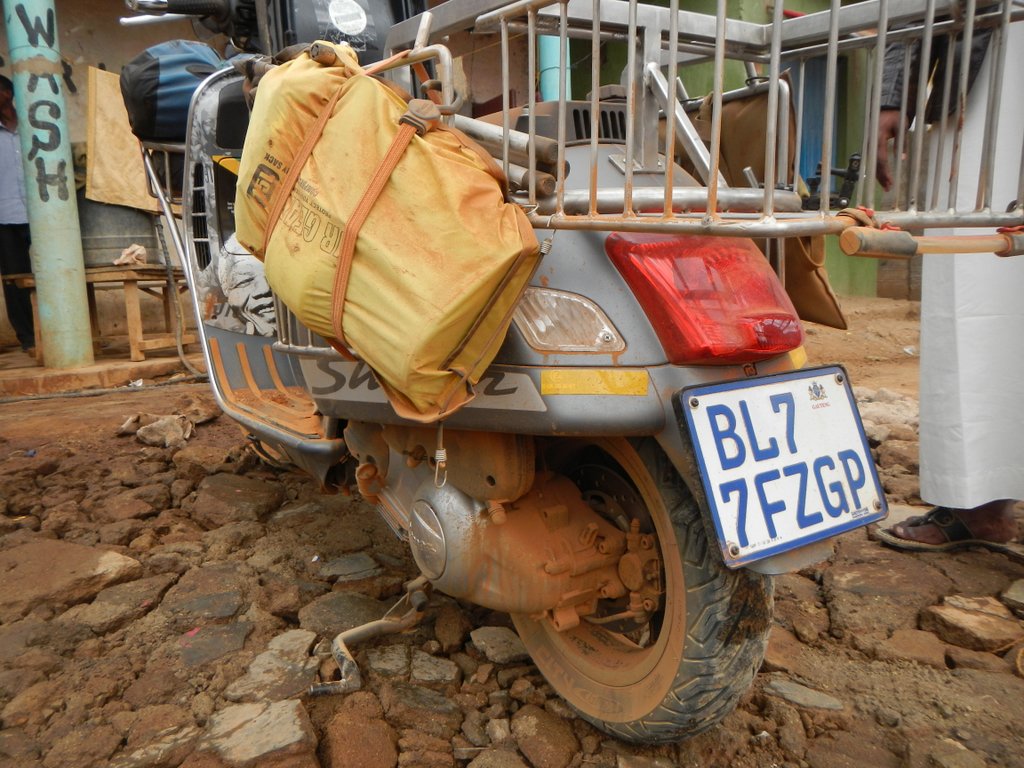 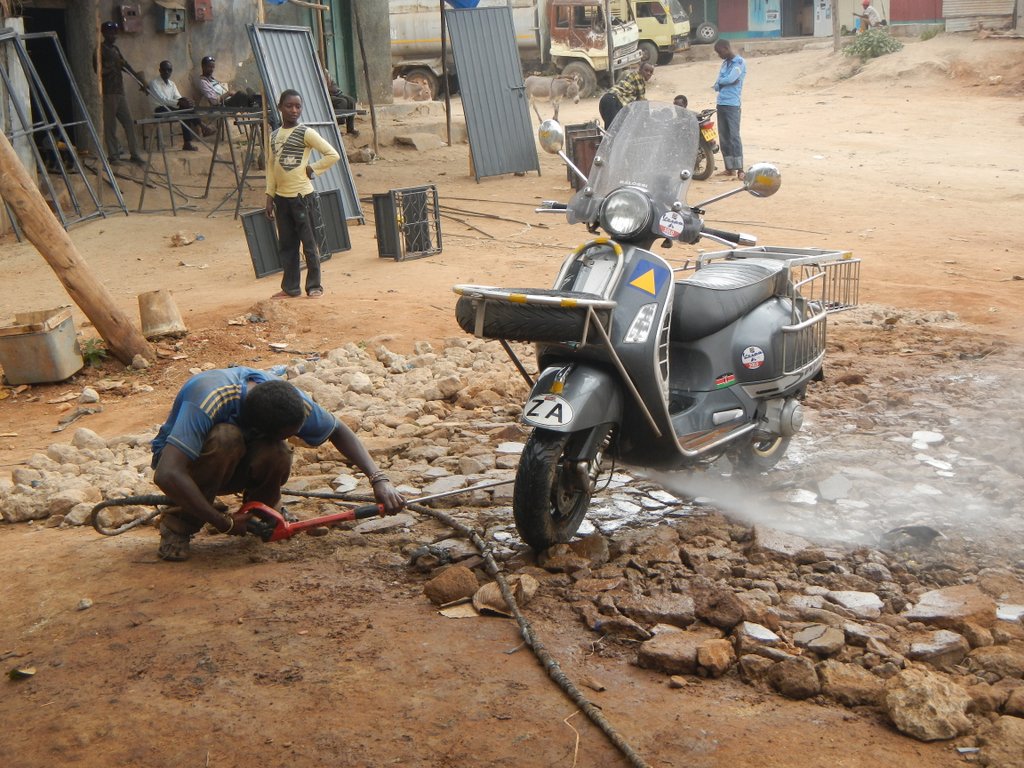 It was a sight to behold watching that high pressure wand was her woes away , the dust fled  from the force  , like a retreating army , revealing a very different Victoria on the otherside . 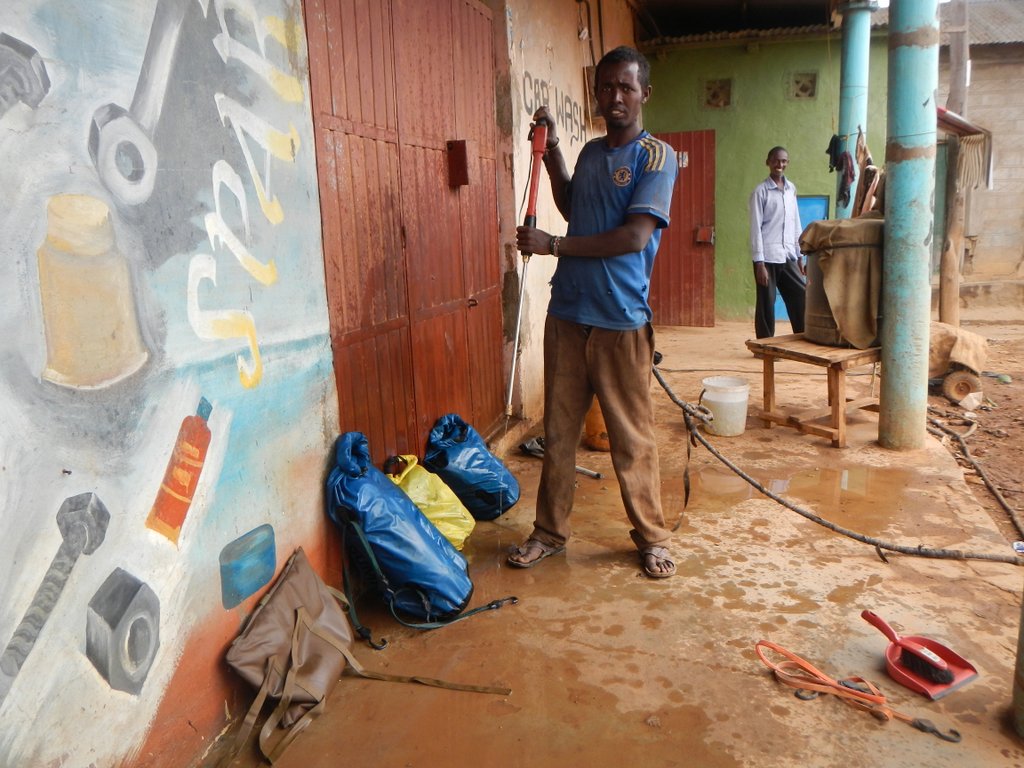 That chore out of the way I settled into the hotel , took my shower and went down to the restaurant for some Chai to celebrate our safe arrival in Moyale . My mood so buoyant and still on a high from the day , I had my favourite for dinner , some , yes you guessed it , goat stew with veggies and as the clock struck eight I was man out .

I had also decided to stay a day longer to do some laundry , update the blog , clean the travel off my gear  and most importantly  clean the air filter . Ali tracked down a motorcycle guy for me , also just up the road from the hotel , so much accomplished in a very short time . 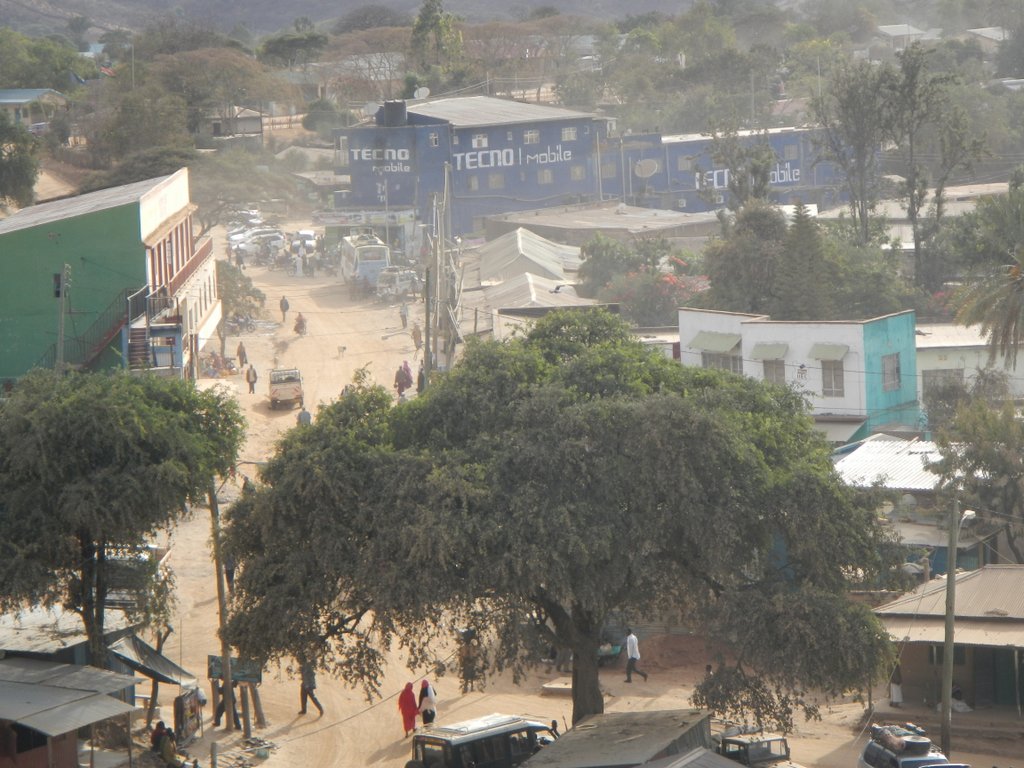 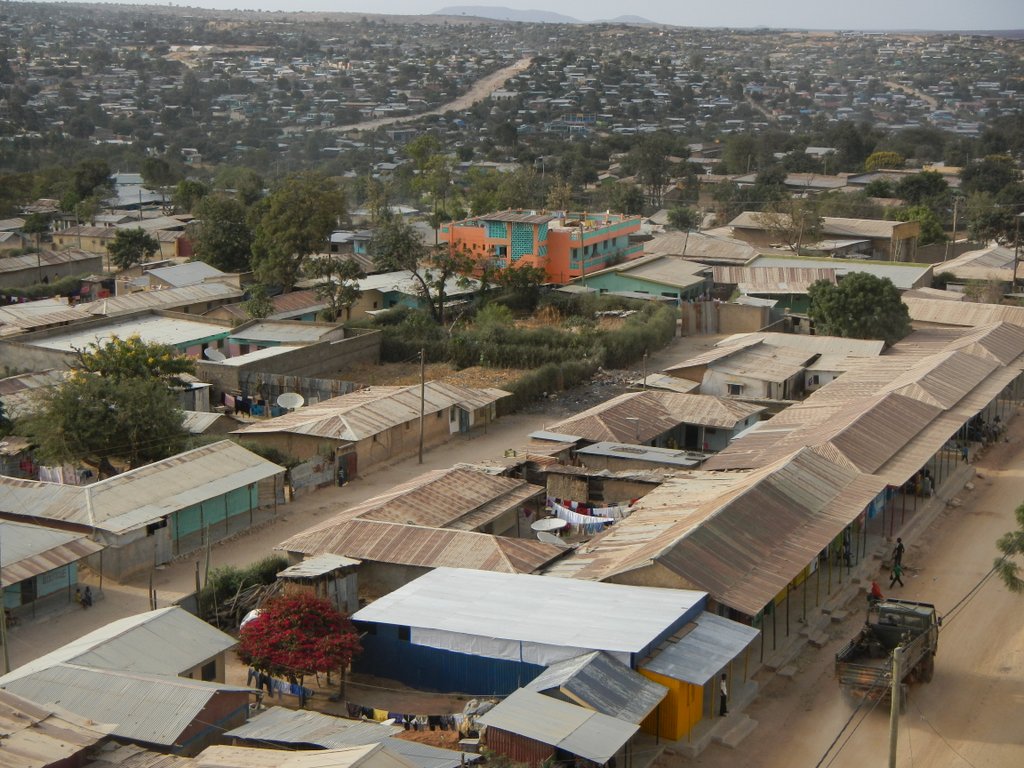 Moyale from the hotel top balcony .

Up early I set off to clean the filter , the streets still empty , the only movement , the dust of course and a few early risers like me starting their day . Moyale felt very peaceful in comparison to the place I had arrived in yesterday , but that would soon change as Vic and I became the central attraction and I got to meet a lot of Moyalians especially those who rode motorbikes. 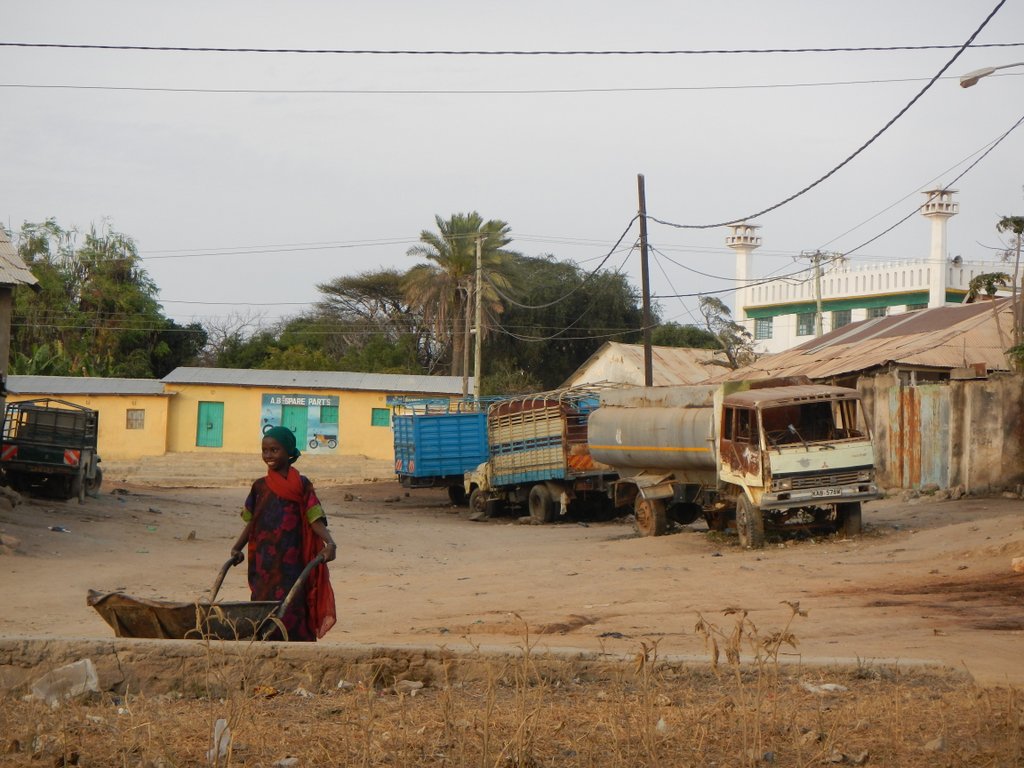 Trucks after to many journey’s on hell road. 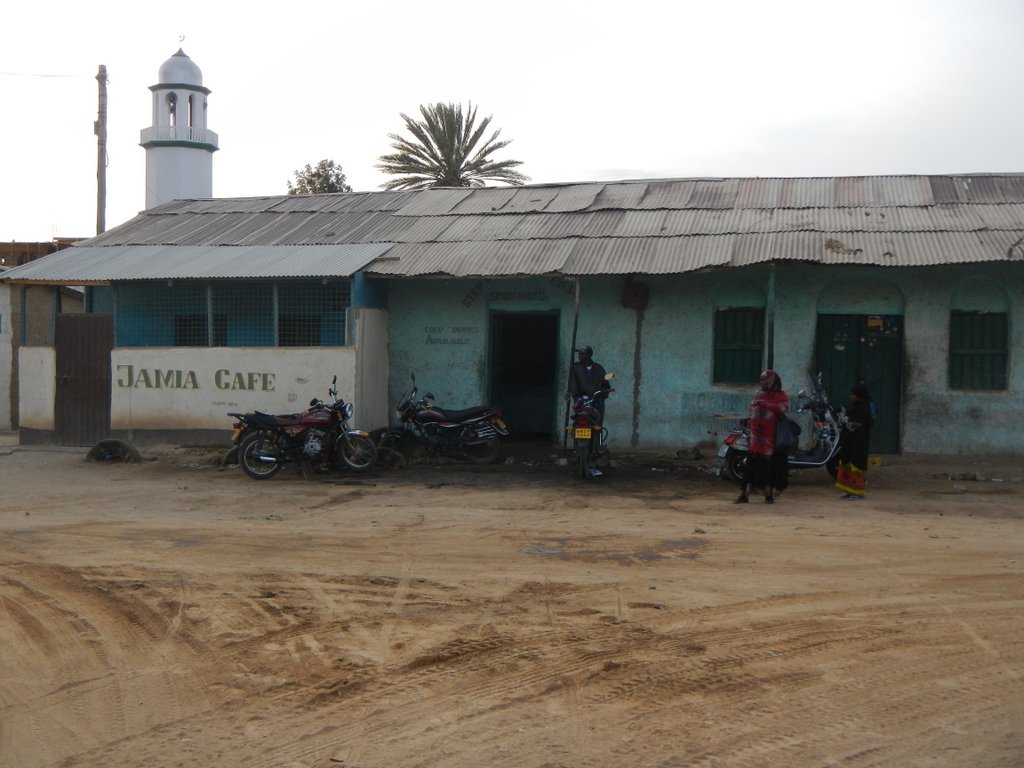 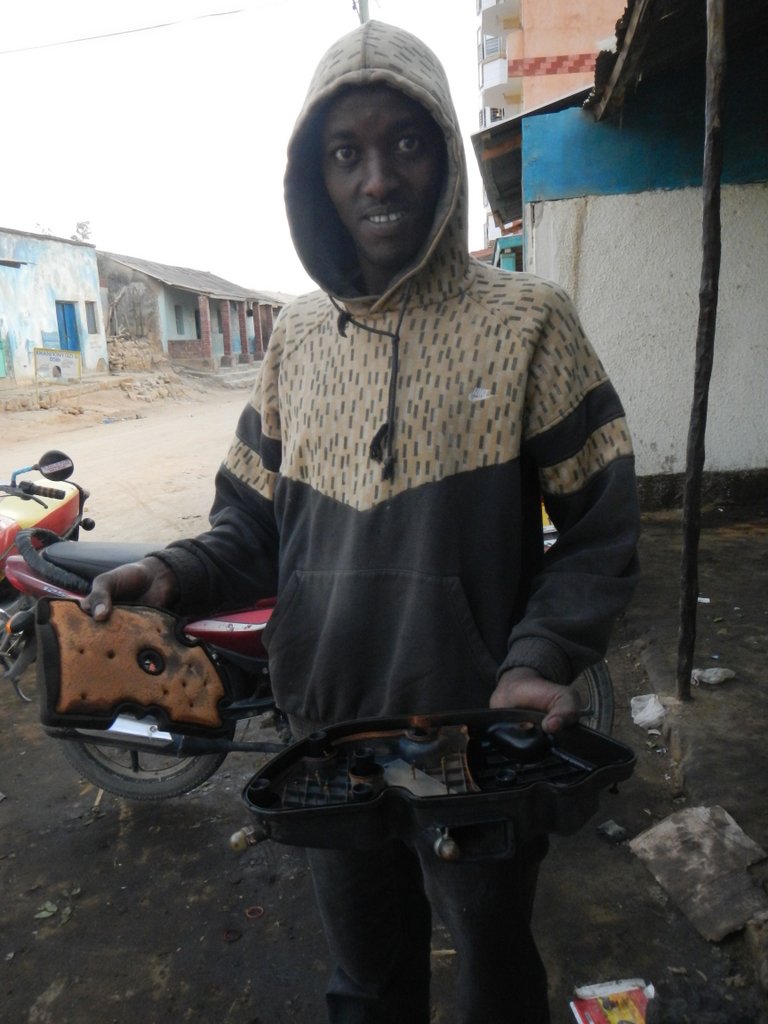 The bike guy . with Victoria’s filter in hand.

Tomorrow we head for Ethiopia and see what that has install for us  , I will keep you posted .

Sweating in the rain