The road to Kigali started before sunrise , packing the scooter and getting prepared for a long day on the seat , the staff at the Gaprena had made a special effort to get breakfast started  earlier , so I was on the road before seven looking for a fuel station that sold unleaded , to no avail so Victoria for the first time in her life had to sample super , in wine terms that is going from a fantastic complex and voluptuous  Bordeaux to the simple thin acidic red we all tried at university .  I don’t know who was more distraught Victoria or myself , she took it so well , no warning lights just the road warrioress she is , me on the other hand stopping at every fuel station to try and find unleaded to dilute this inferior mix running through her veins .During my hunt for the lead free my GPS defected to somewhere in the old USSR and with English  Emily gone , life was proving interesting getting out of town and finding the right road to Kigali . Road signs are on the endangered list up in Africa , so I decided to pull over and try and reset the device to factory settings , as it transpired the factory must have been in the old USSR , finally after much frustration and button pressing English returned and I could once again restore Emily back to her former glory and we took on the road

So the ride for the border started , roads that inspired speed and satisfaction , others that remind me of slow Chinese torture  , these parts luckily were only very short stretches and the Chinese were repairing them . The landscape changing continually  , amazing forest  , bush with a little tropical greenery now and again . As the kilometres wound up, one could  feel the land starting to  change as Rwanda started showing herself way off  into the distance , her peaks teasing and the closer you get so  she starts infecting her neighbour with smatterings of green , you start to feel the richness change in the soil .

The border crossing was as easy as a drive through back home and within twenty minutes I was riding up into the mountains of Rwanda. 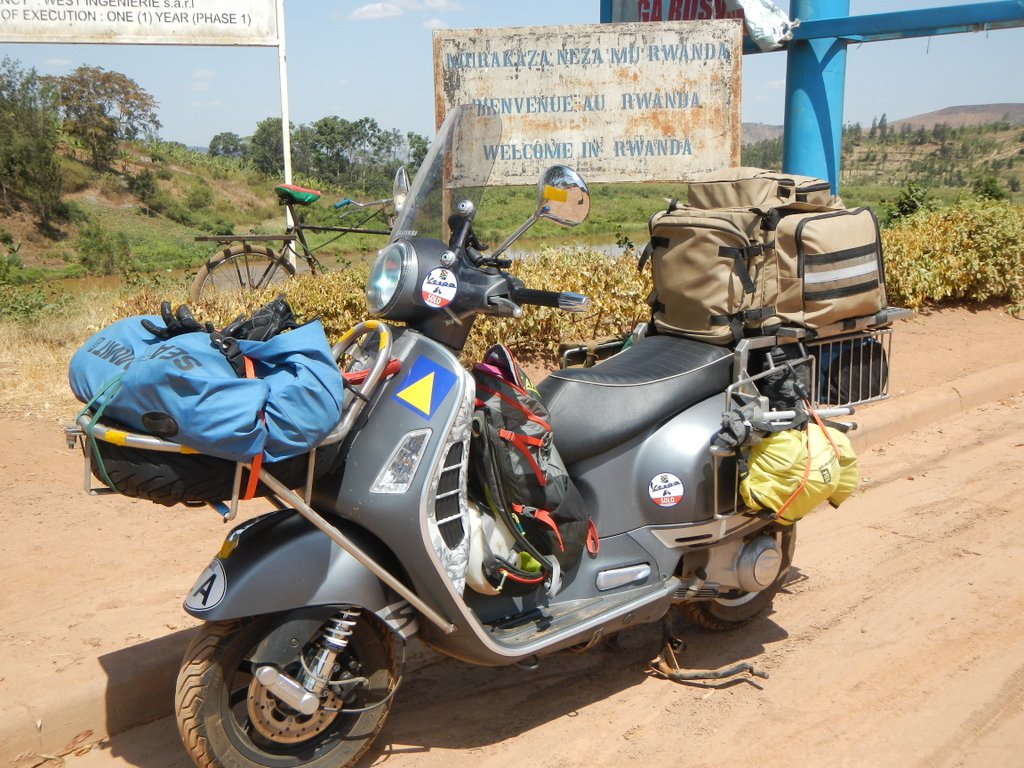 One can feel that you are in a different country within a few kilometres, the country is so green and lush , the soil looks so fertile and the mountains are all around you . As Victoria and I wound  around , up and down on these mountain  roads leading to Kigali which are  just so beautiful and majestic ,  I had to continually tell myself to watch the road not the vistas as to much looking on these roads could be lethal. 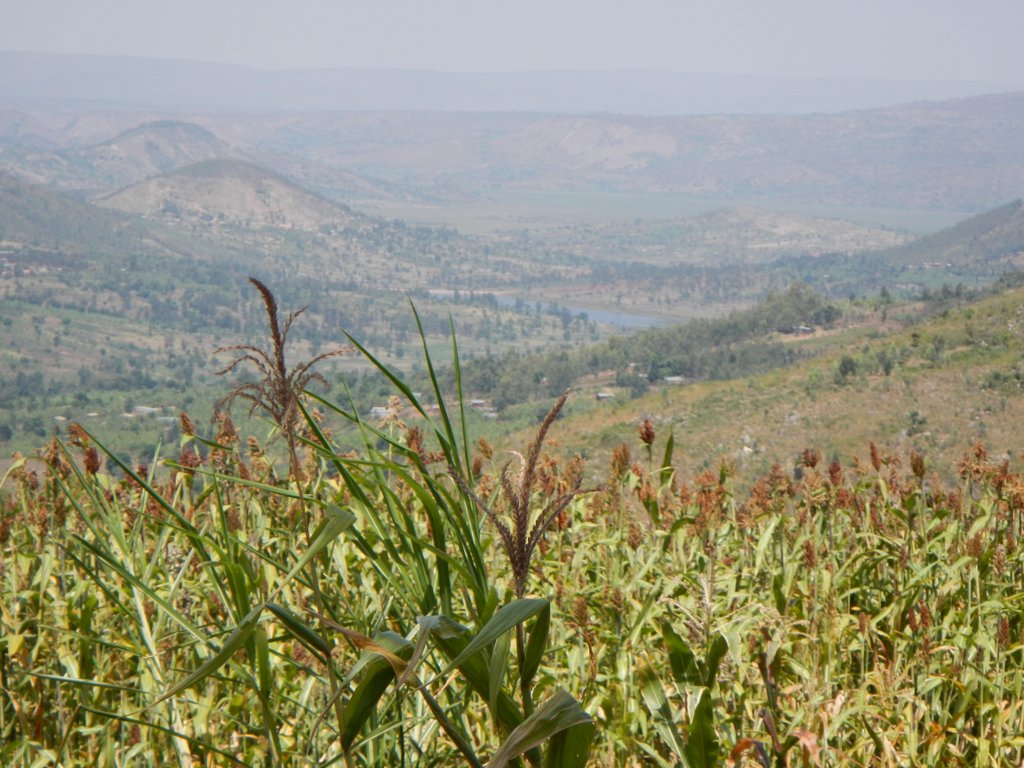 The road takes you through village after village , people out and about living rural Rwandan life , the country feels ordered and what is very noticeable and dramatically apparent as you ride through is that there is very little litter anywhere on the main roads or in  the little towns you pass through , It looks African but feels different , there seems to be a distinct pride in place and people. 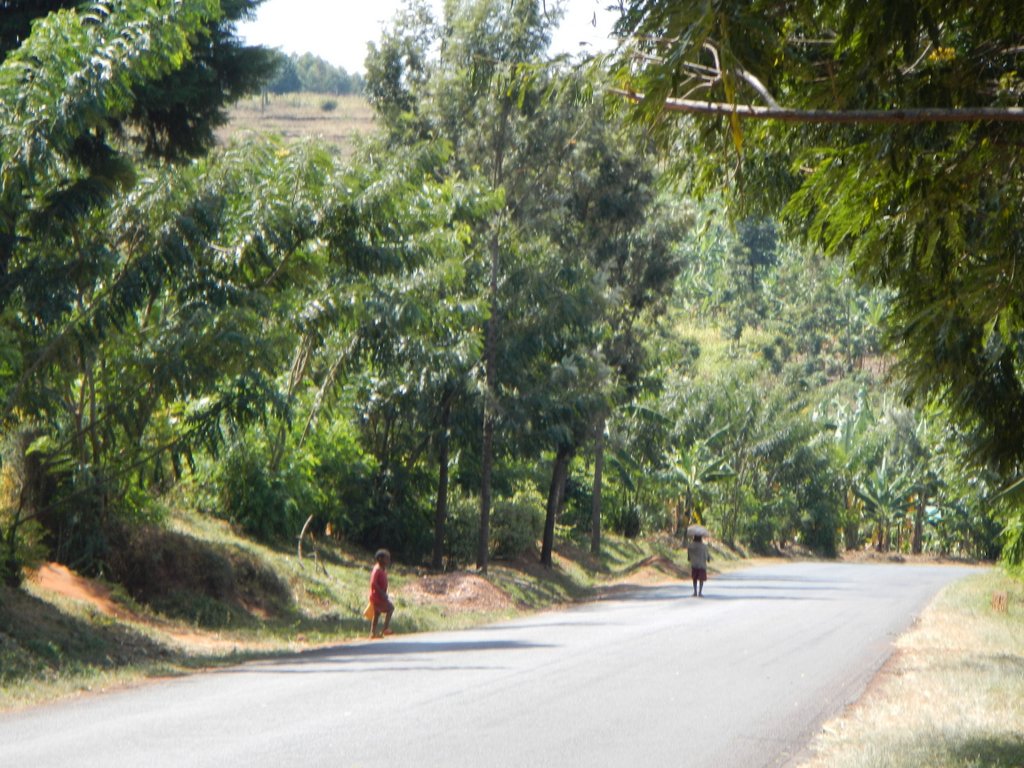 It is only around 80 kilometres to Kigali but it does take a lot of concentration and time , the road is very twisty and also serves as the only route from the border to the city , so it can be a little truck intense . 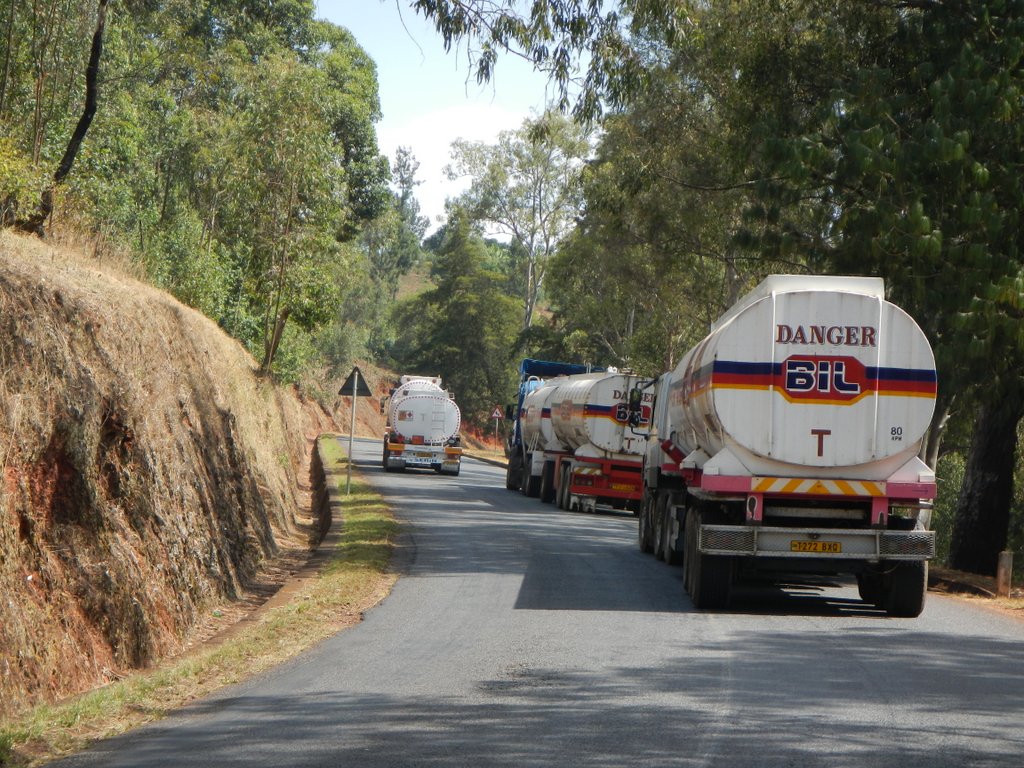 The fourth truck in the pack was just behind me hooting to pass so he could  catch up with his crew , so Victoria and I pulled off the road for a while to let them get a head and we spent our time enjoying the classic alpine views. Later I would find the fatal four all pulled up on the side of the road with ambulances and police about and a car caught in the path of the leader. I hope nobody was hurt and a lesson learnt . 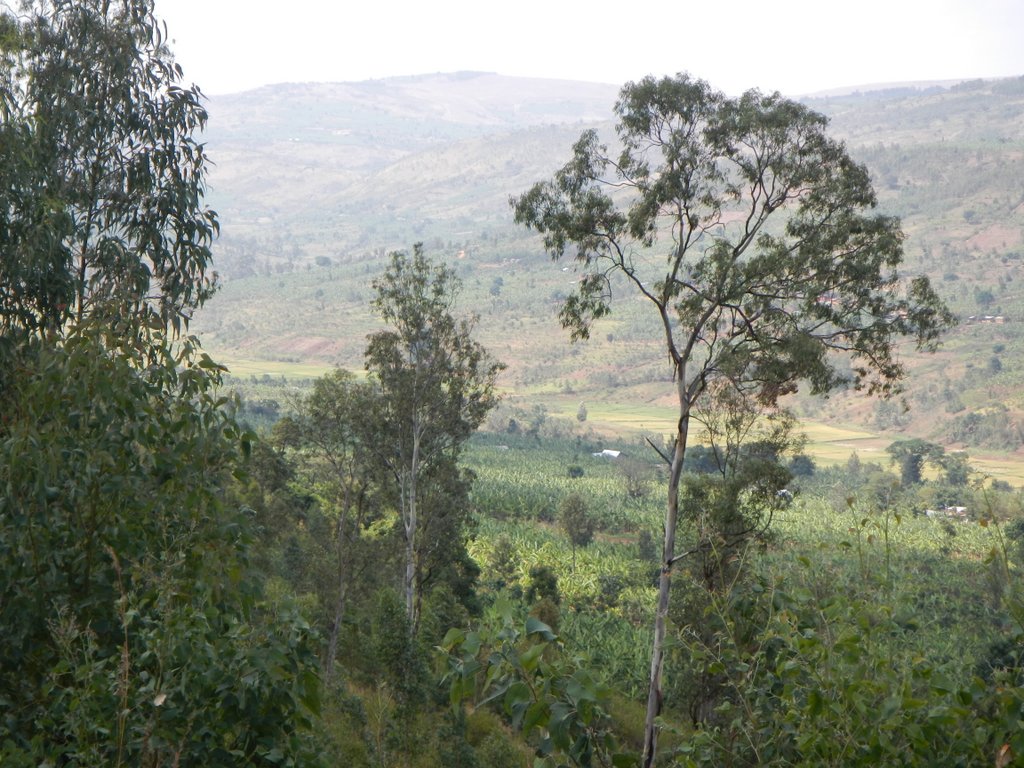 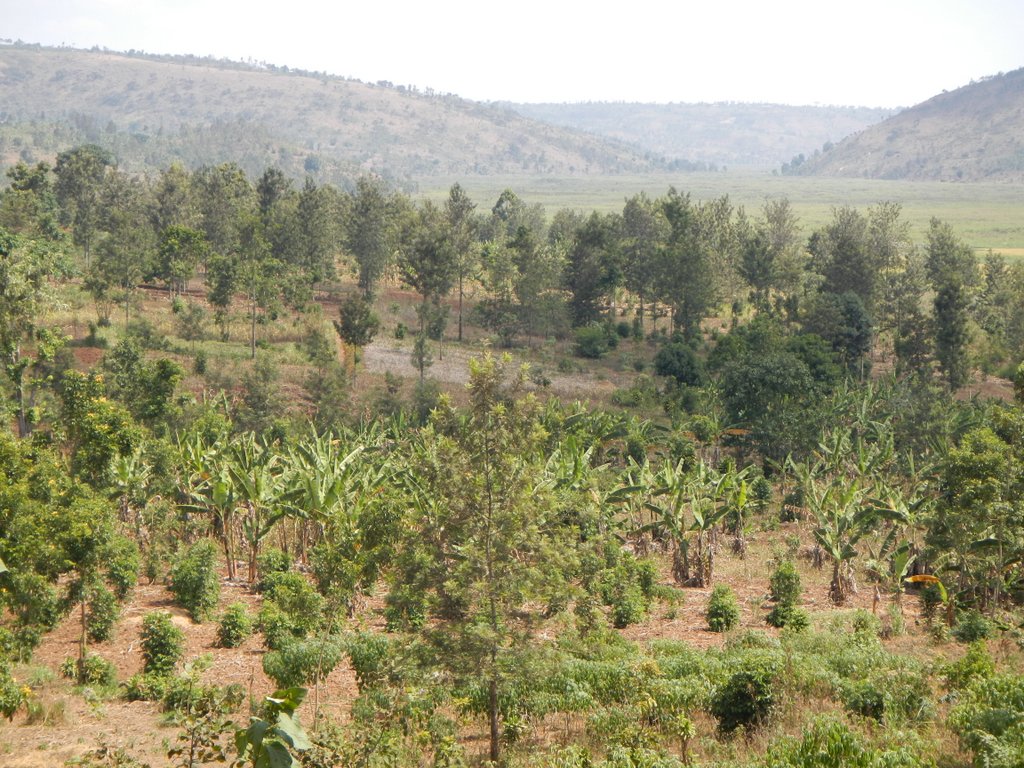 After soaking it all in and giving the pack time to get way in front I spent the next couple of hours enjoying the countryside , the villages as well as stopping off at a few roadside markets along the way. The Rwandese are incredibly hospitable and welcoming , they would come up and introduce themselves to me , ask my name and  a number  of the children could speak English with a few commenting on Madiba  and  my South African flag . My initial hours after arrival in Rwanda really felt fantastic , I was looking forward to my time here. 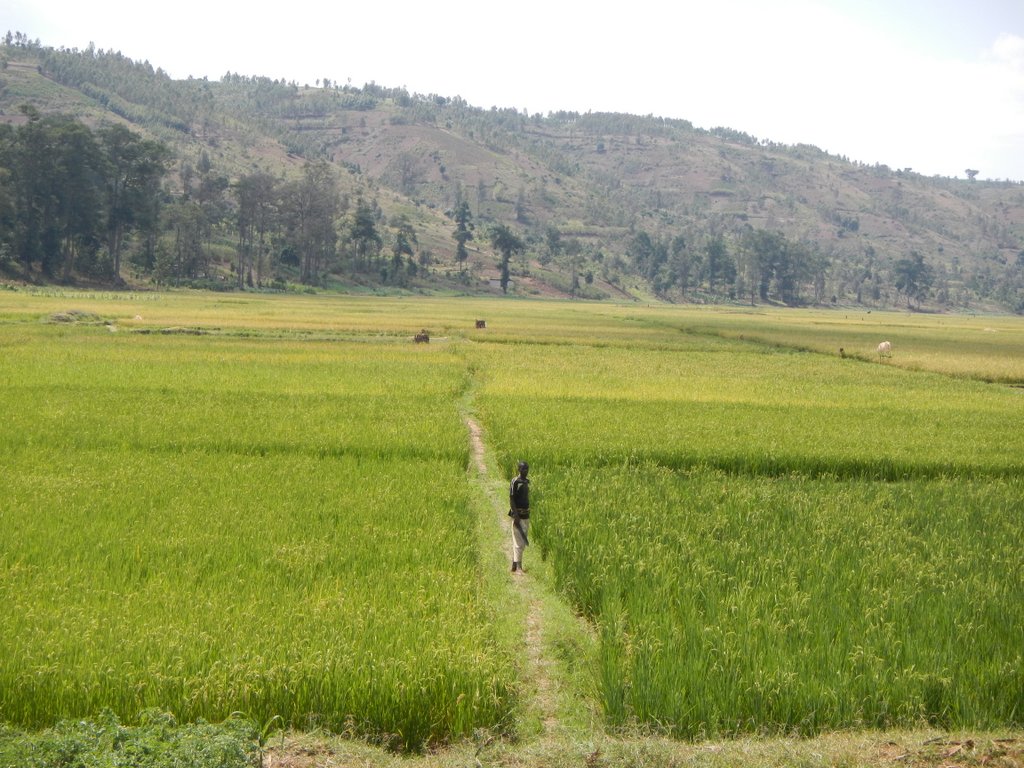 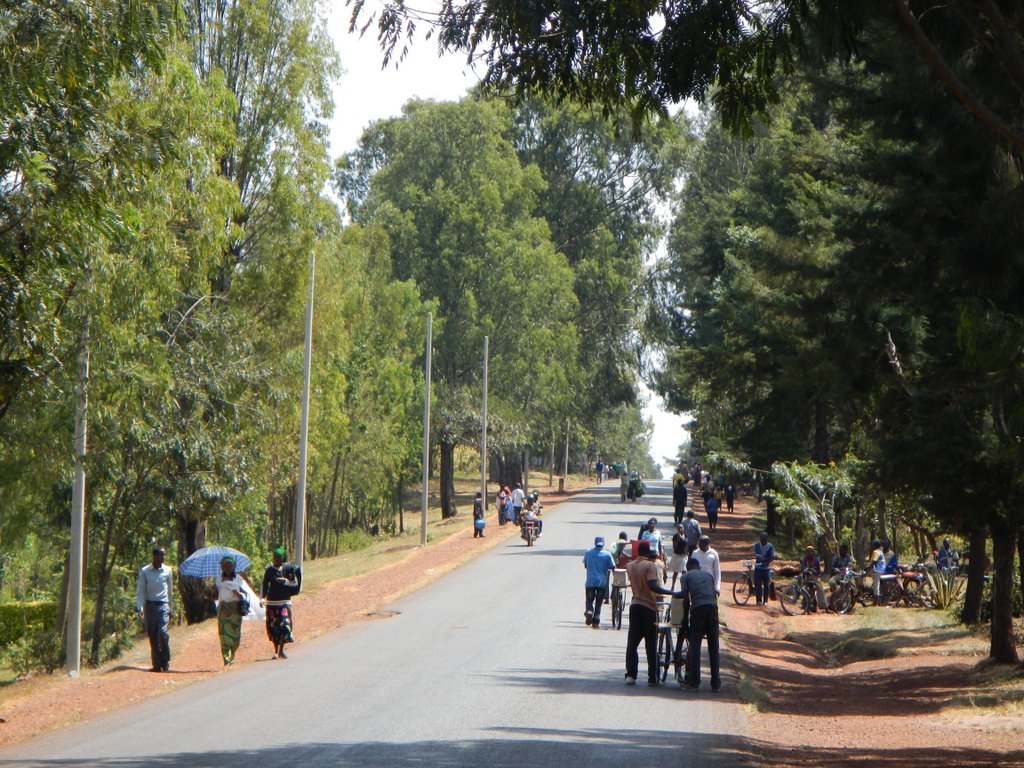 The road passing through a village on the way to Kigali

I stopped off at this really beautiful market to have a look around and take some pictures , I felt that it showed the order of the country as well as the richness and colour of this  land and her people . 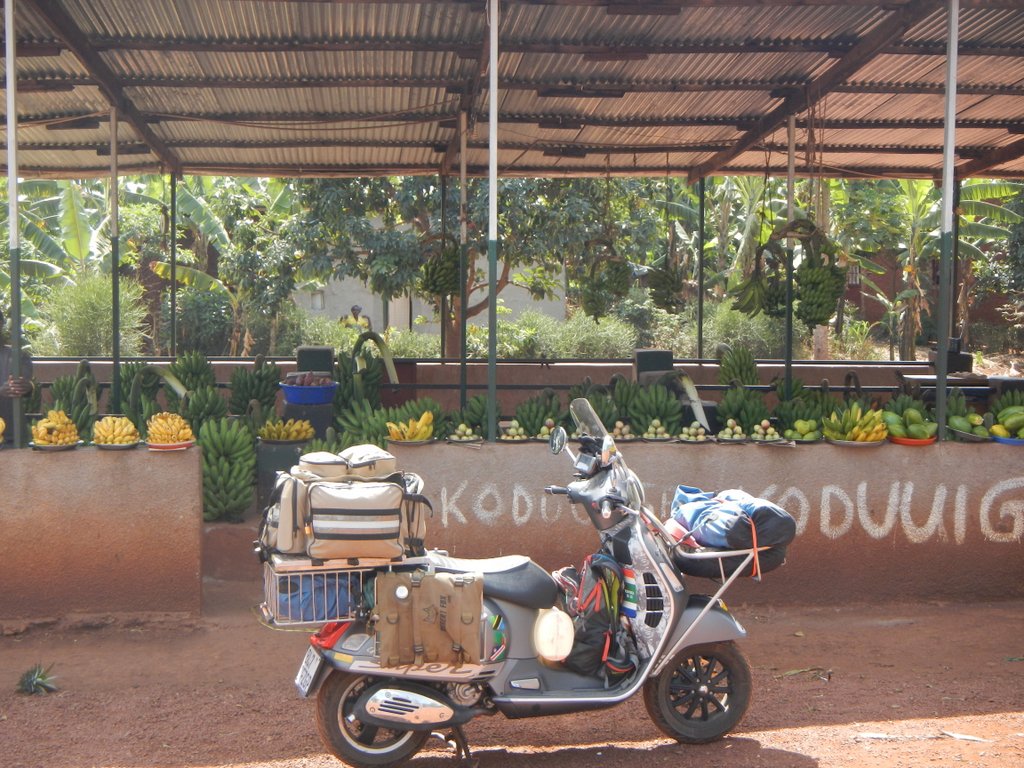 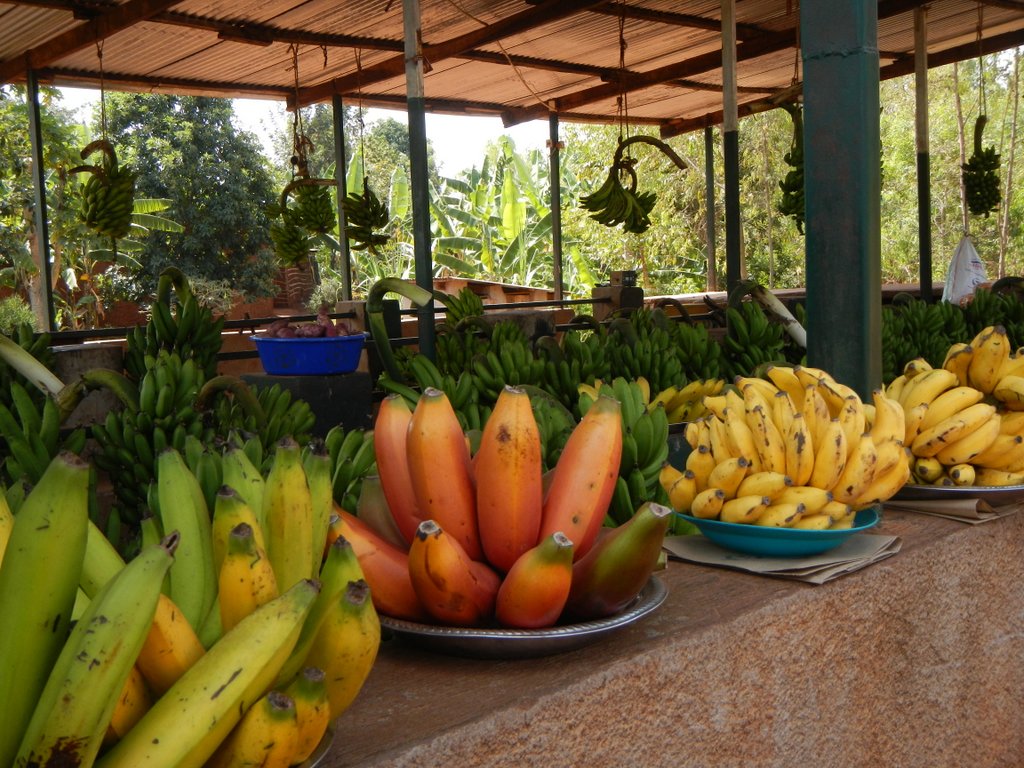 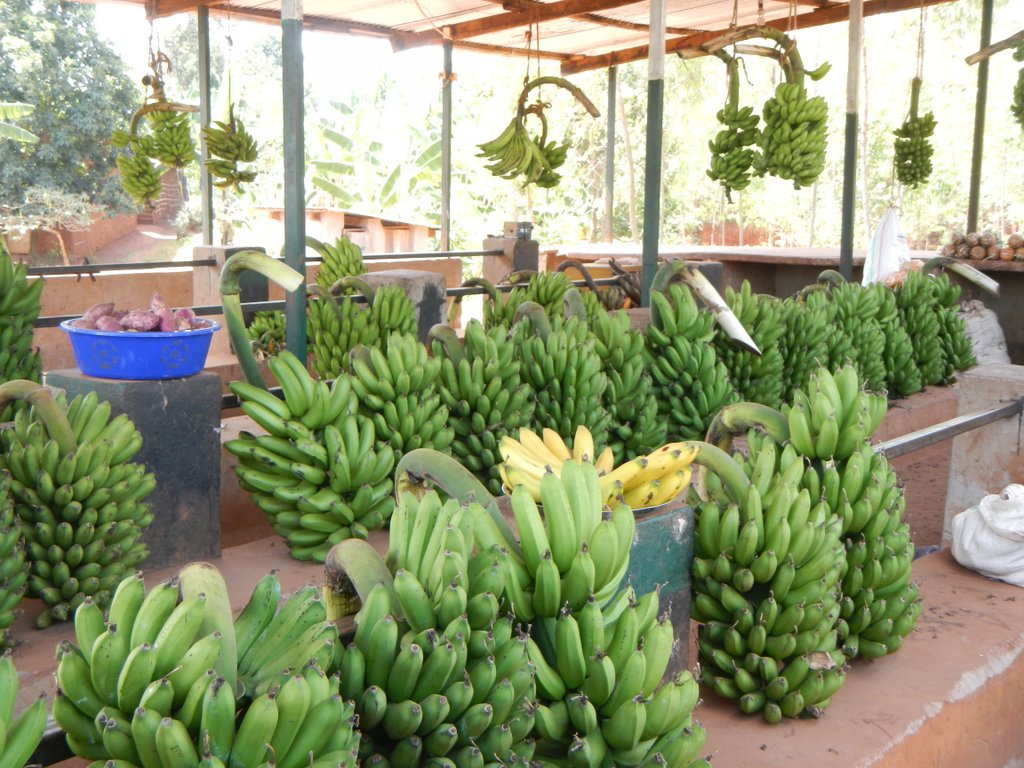 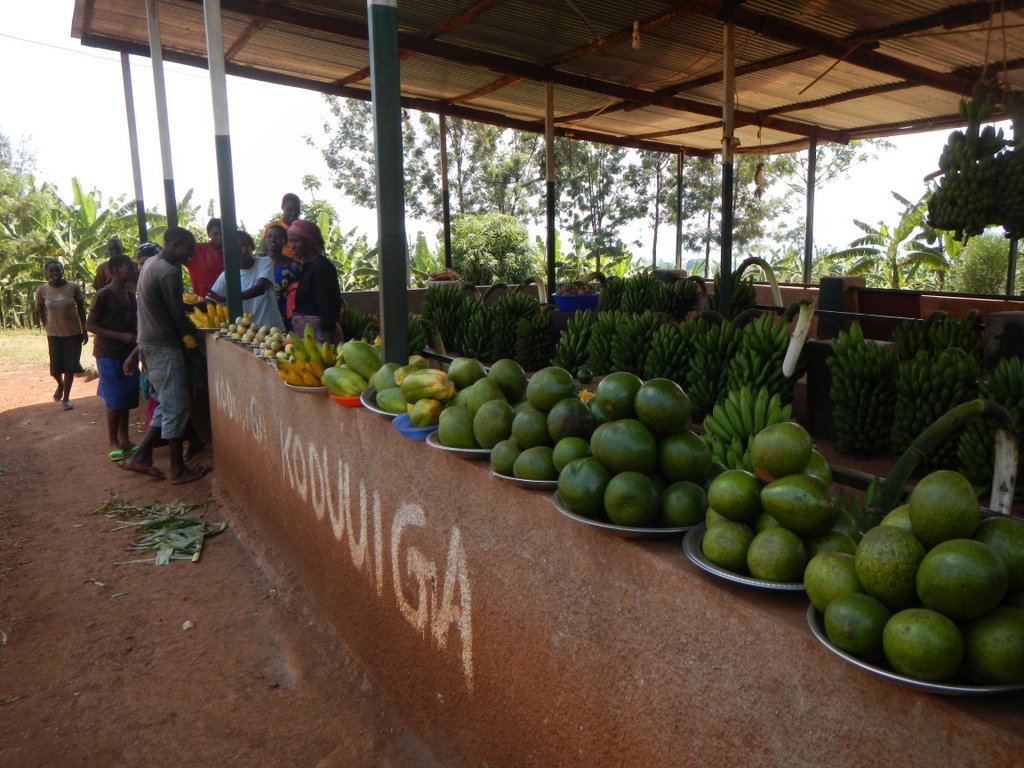 After our time at the market it was time to head for the capital , I really enjoyed the rest of the ride passing through these pristine little towns only filled with life and no litter , beautiful boulevards and vibrant colour , this really does feel different to the path I have travelled thus far . 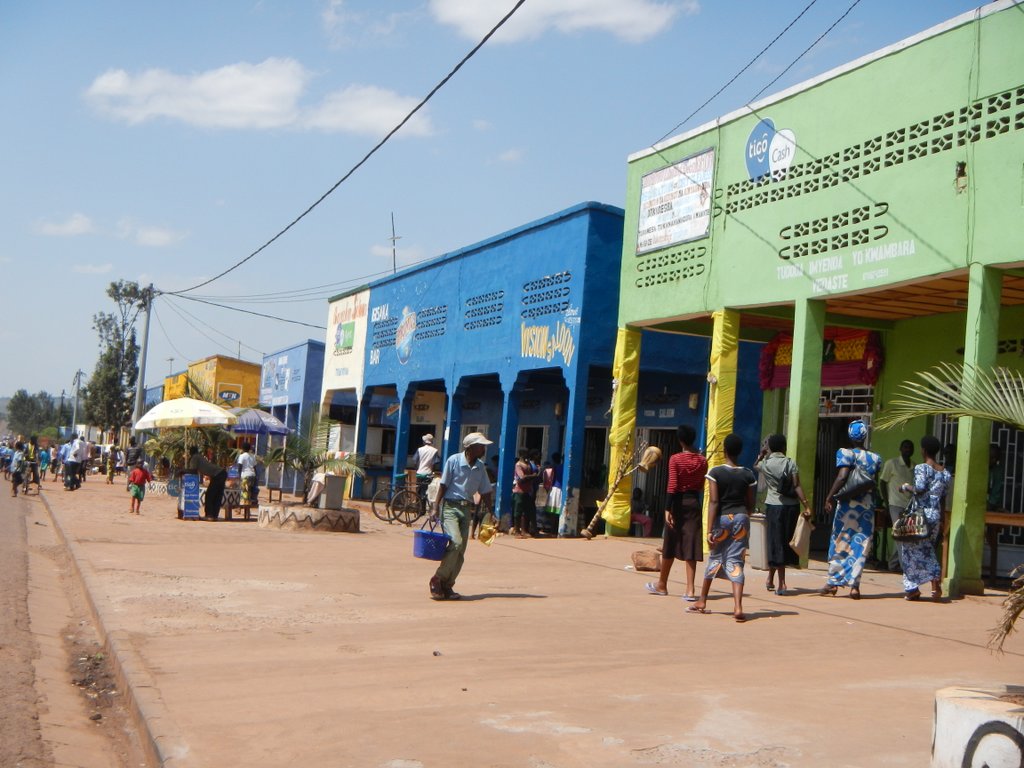 Small towns , set back from the road allows for boulevard life

Coming into Kigali was my first big city entry on the trip and I arrived late Friday afternoon peak hour traffic , it took confusion to a new level , I am going to have to up my game for my city riding the further north I go . What is really worrying is that Kigali is really small in comparison to other African cities and much more organised , with traffic circles , traffic lights that even show drivers how many seconds before they are going to turn red or green and wide tree lined boulevards . As time passed I got more and more lost and got Victoria stuck in a severe traffic  jam causing her temperature to climb into the red , we found a parking lot and pulled over to re group and let her motor cool. I got hold of some South African guys that Riaan had put me in contact with that are working in Kigali. They were just around the corner from our resting place , so off we went , found them and one of the guys Brent was kind enough to show me a couple of accommodation options ,  within an hour I found myself in the tranquil gardens  of Discover Rwanda backpackers pitching my tent , chatting to a Dutch couple Jan and Margriet who knew all about the soloscooterist from a site called overland sphere so we had a good chuckle as to how small Africa can be. After a long shower I met up with a couple of people in the common area and settled down for an evening of  Africa travel stories .

A little tired after a long day and over 450 kilometres it was off to bed for tomorrow is Umuganda   .

Tsumeb Twice and time in Otavi

TLC and some statistics