I rode straight to the Pisa airport to meet my sister , I was met with tears , smiles and then laughter , me in my riding gear , reflective jacket and fluffy beard , my sister thought that a courier guy had had been walking towards her not her long  not so lost travelled brother . We left the airport in search of our hotel which took and hour to find between the GPS confusing both itself and me , and the peak hour Pisa traffic . We checked in , cleaned up and  left to explore our  new town , it was going to be a wonderful four days . 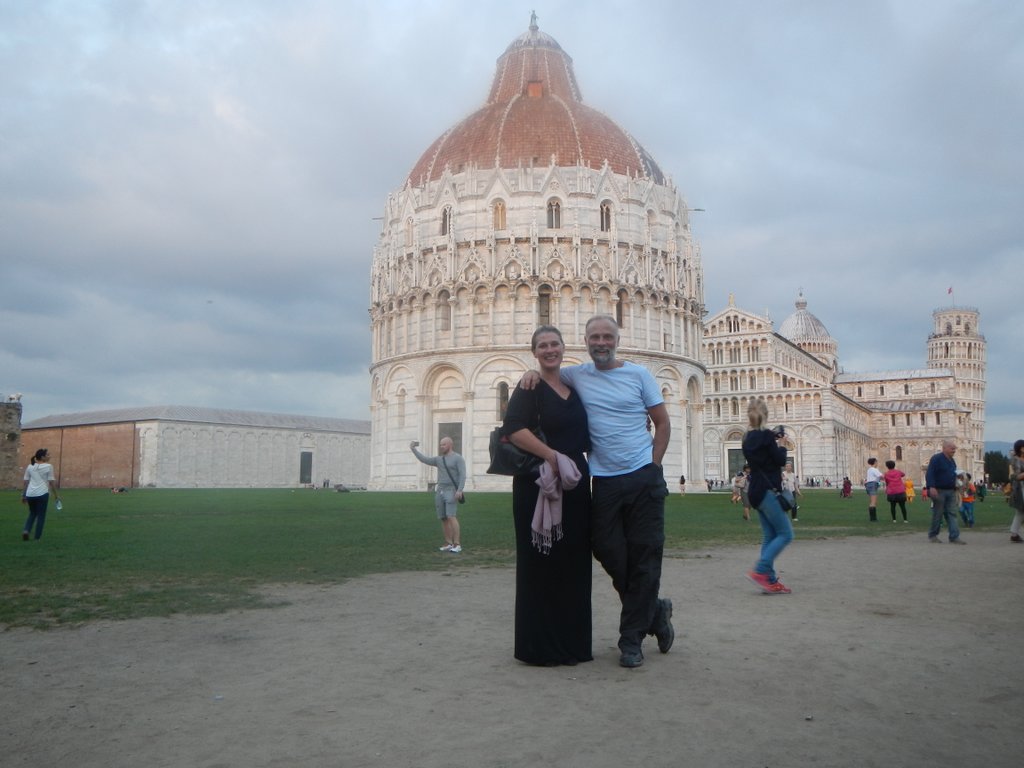 Leaning at the tower . 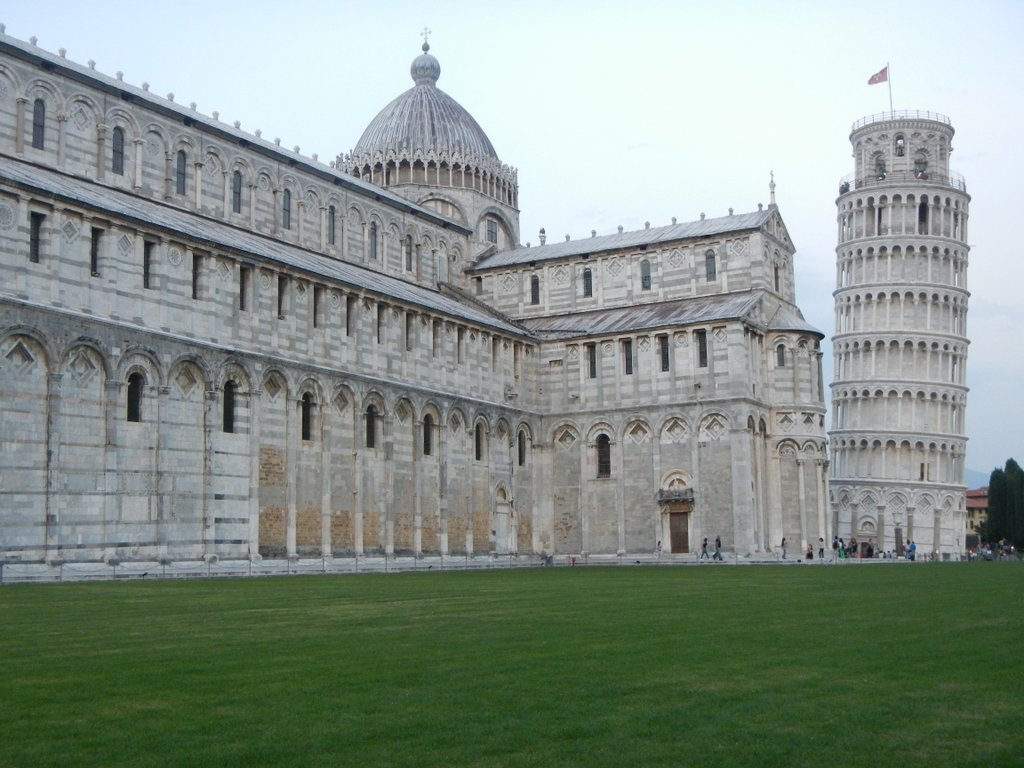 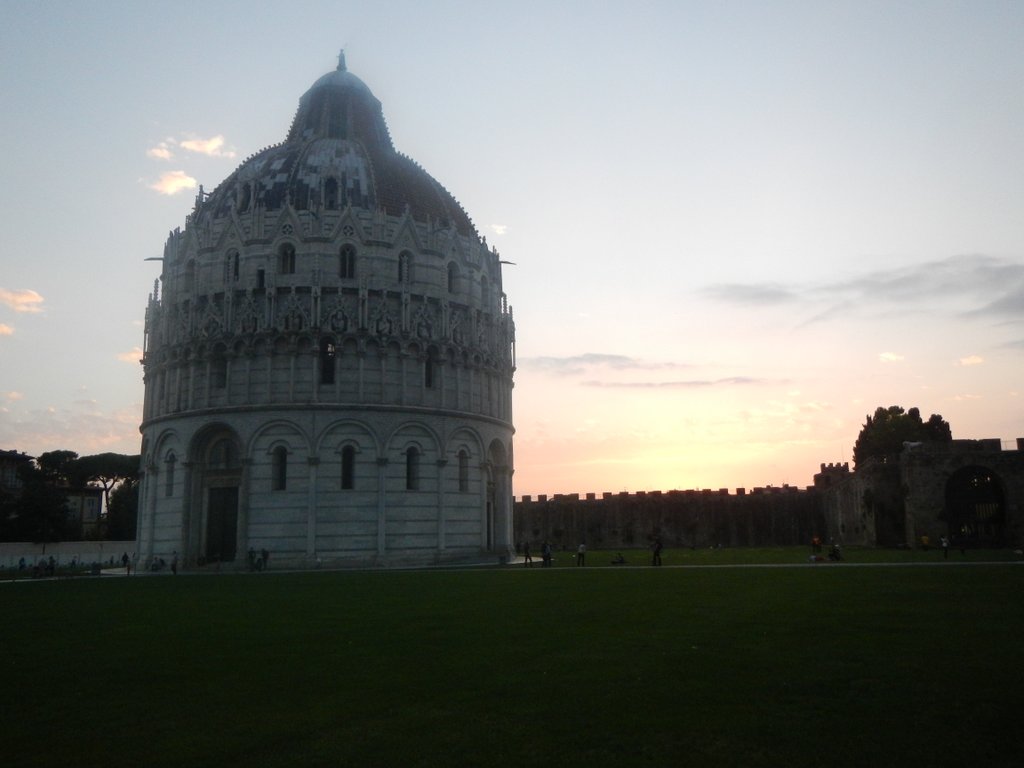 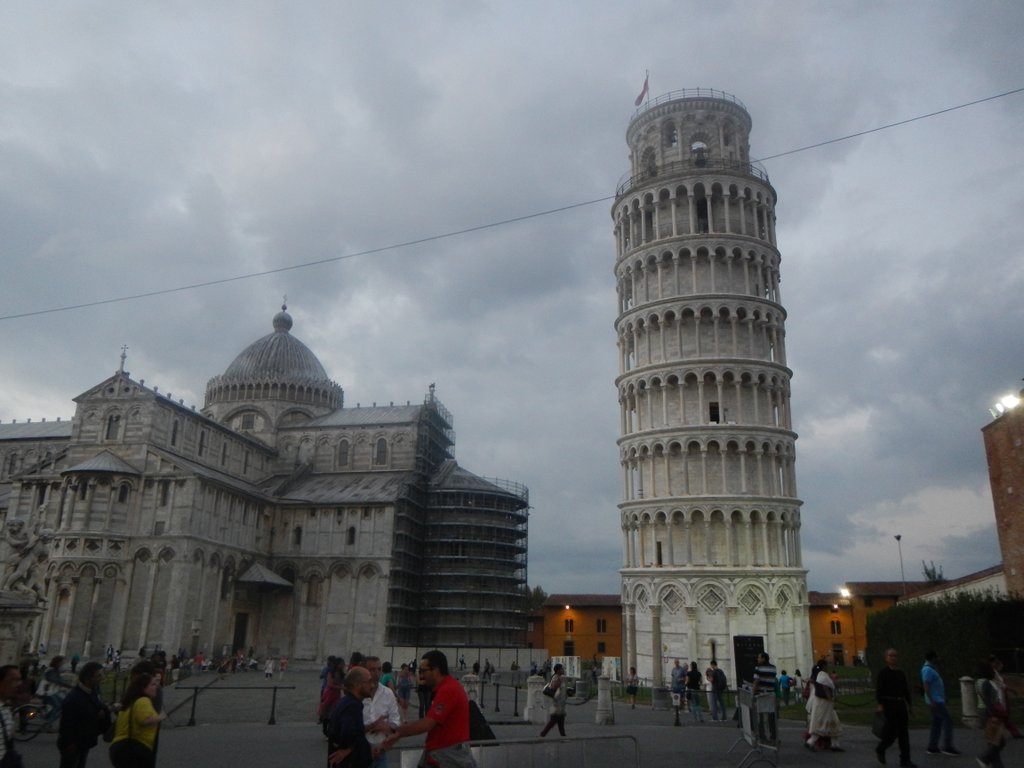 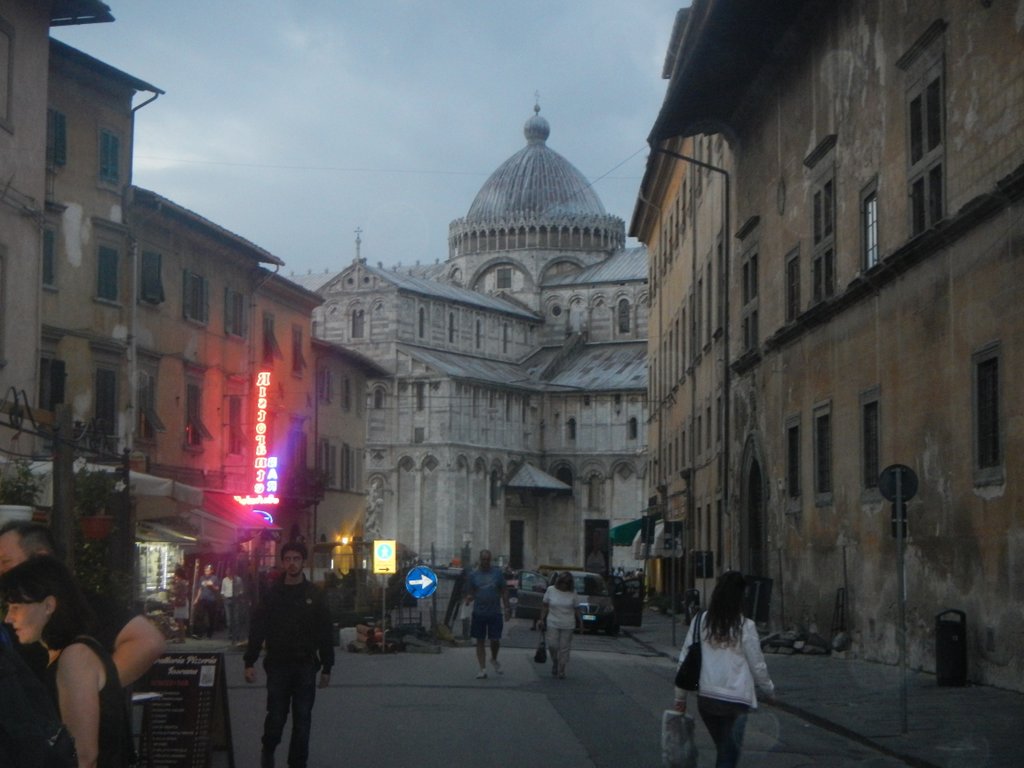 We spent our first evening walking the streets , enjoying this town known for its tower , but as we would find out over the next couple of days a fantastic place to explore offering so much more , our starters enjoyed  roadside with fresh bread , cheese , prosciutto and the ever famous Chianti wearing its straw jacket , then on to  wonder the streets some more . We end up in a lovely Italian restaurant tucked away in the old town , Republik  I think it was called .  A dinner worthy to mark a family reunion and toast a safe arrival . 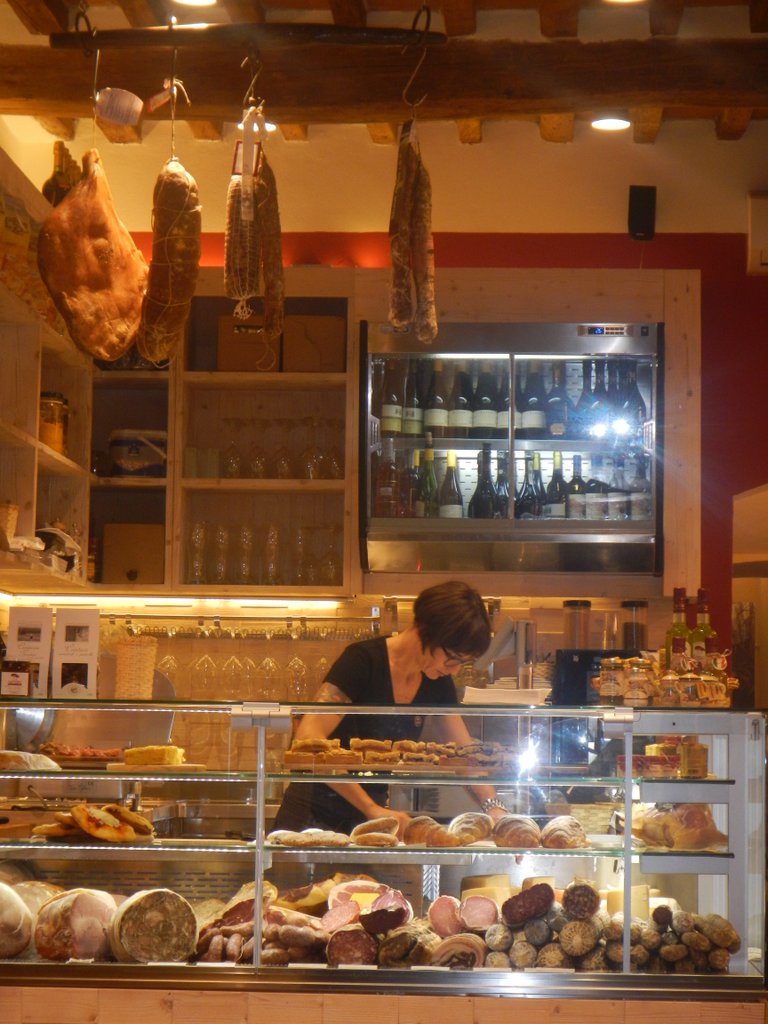 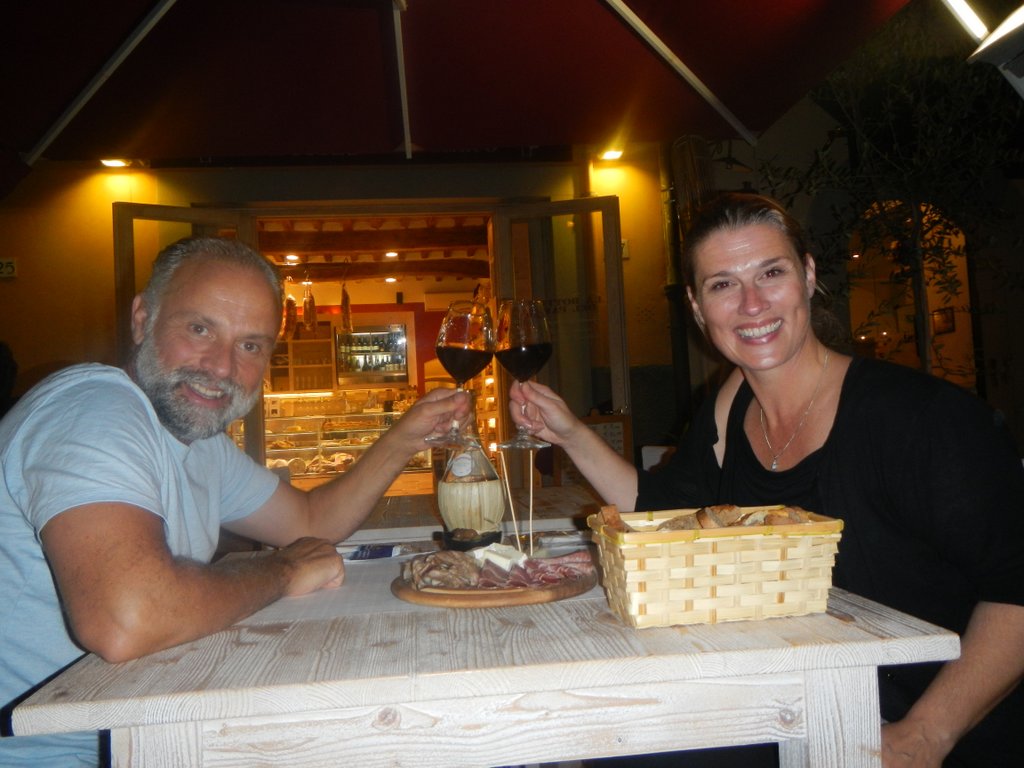 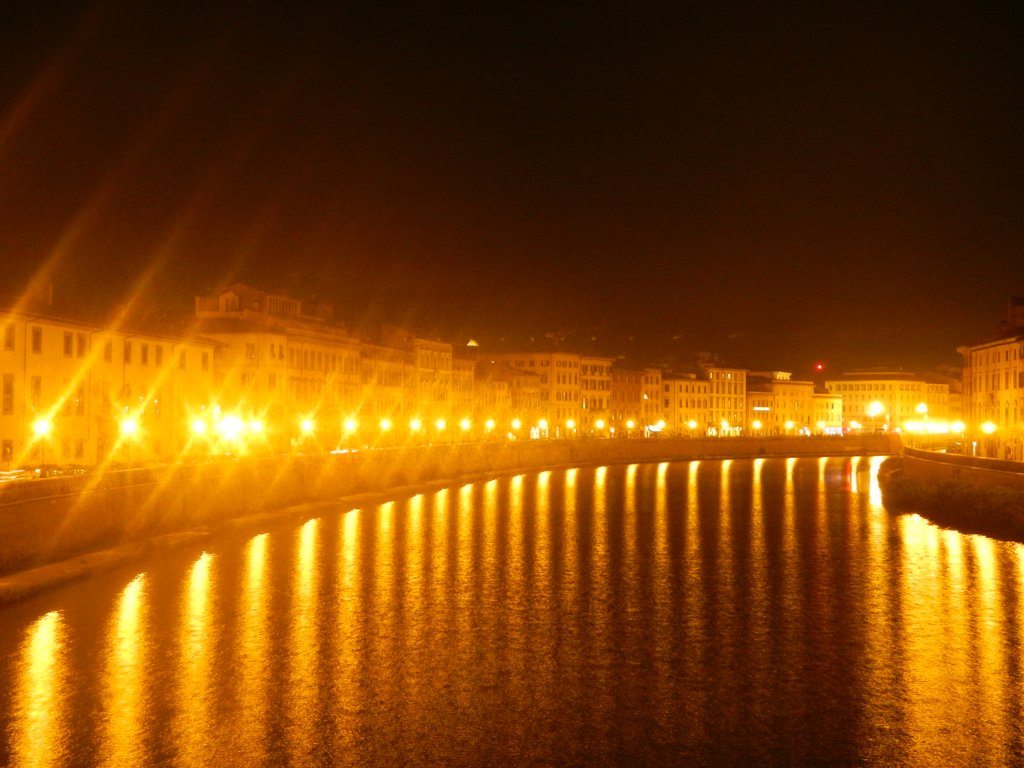 So began our time together , we would spend the next couple of days exploring Lucca , Florence and of course Pisa with our last day together spent at the Vespa museum . Our days rolled by with walks , talks and cultural delights of which going to the Amedeo Modigliani exhibition in Pisa being  a highlight .Those long necks and elongated faces made for a wonderful way to spend the afternoon . Our time together was absolutely wonderful and just what I needed after all the months solo on the road . 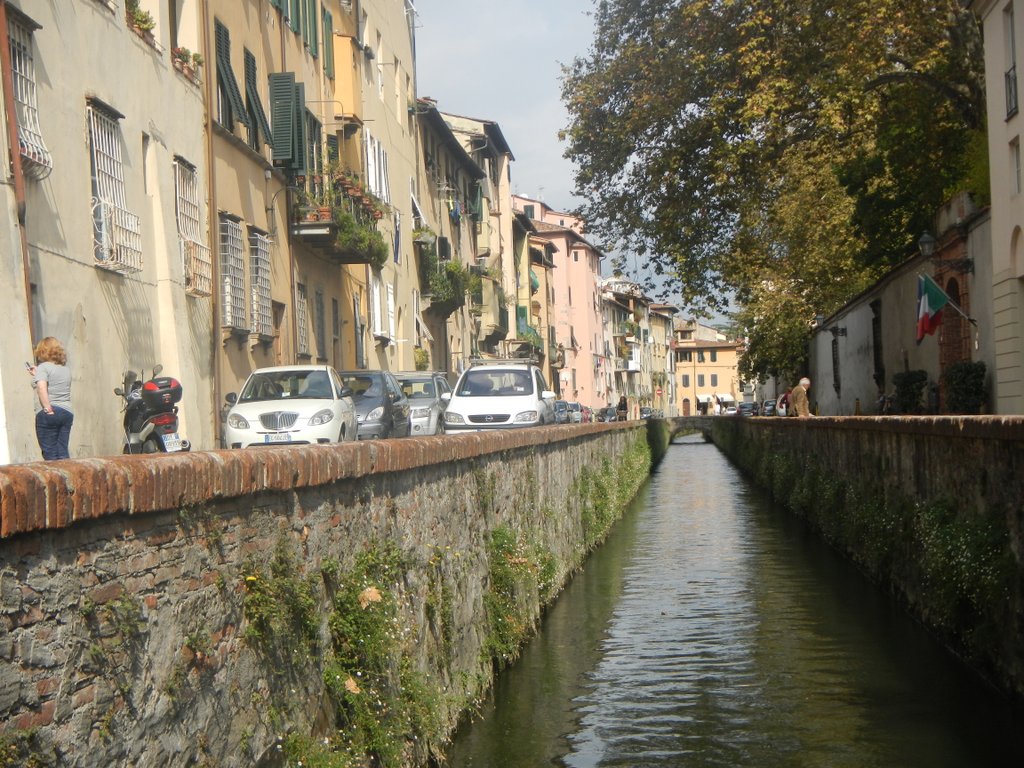 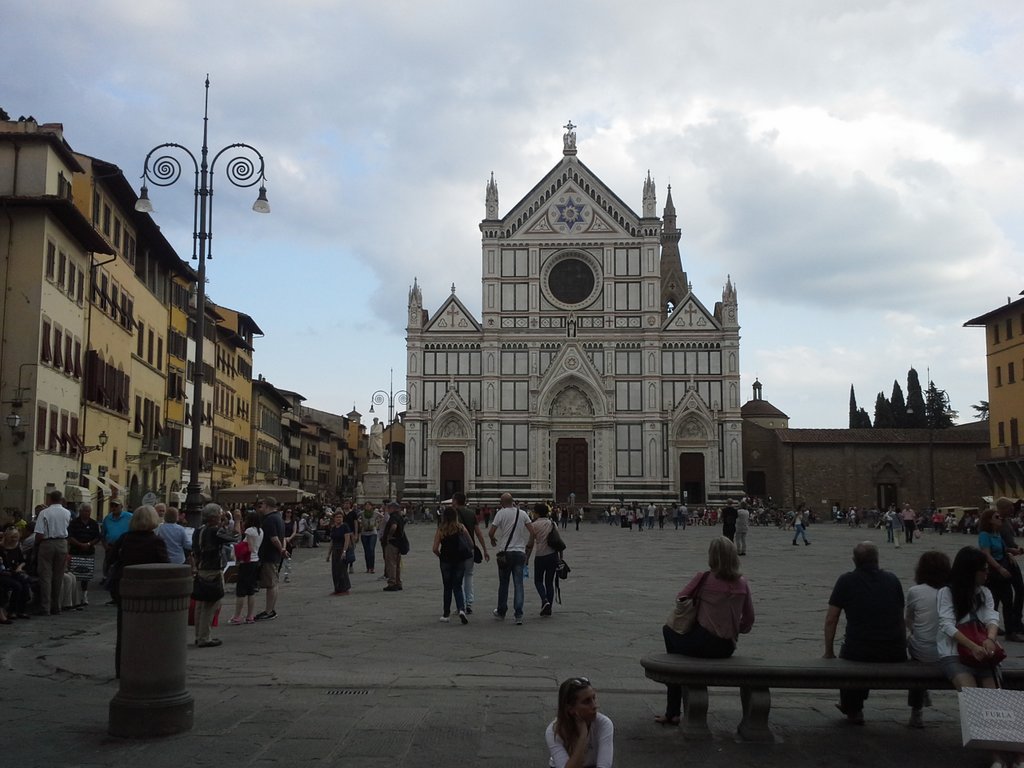 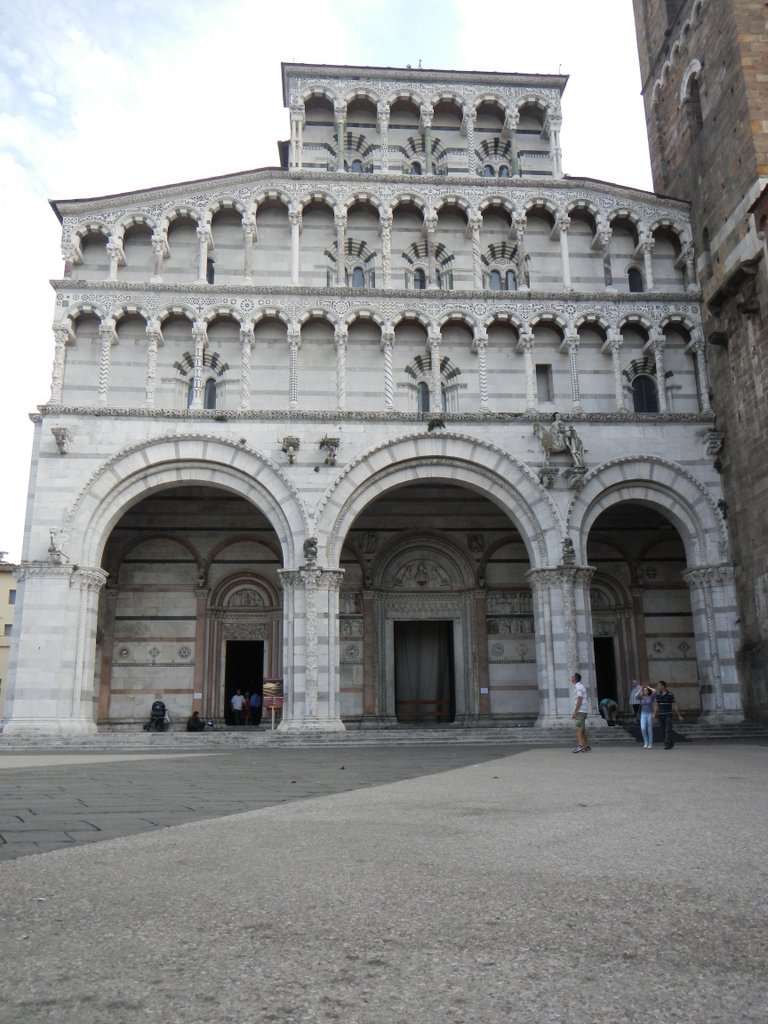 Our time in Fashionable Florence was spent walking for hours , stopping for coffee and gelato and lunch of course , I cant say much about Florence that guide books have not spent years perfecting , other than , yes it is really old , charming , beautiful and wears a rich mantle of history that it shows with spectacular pride . 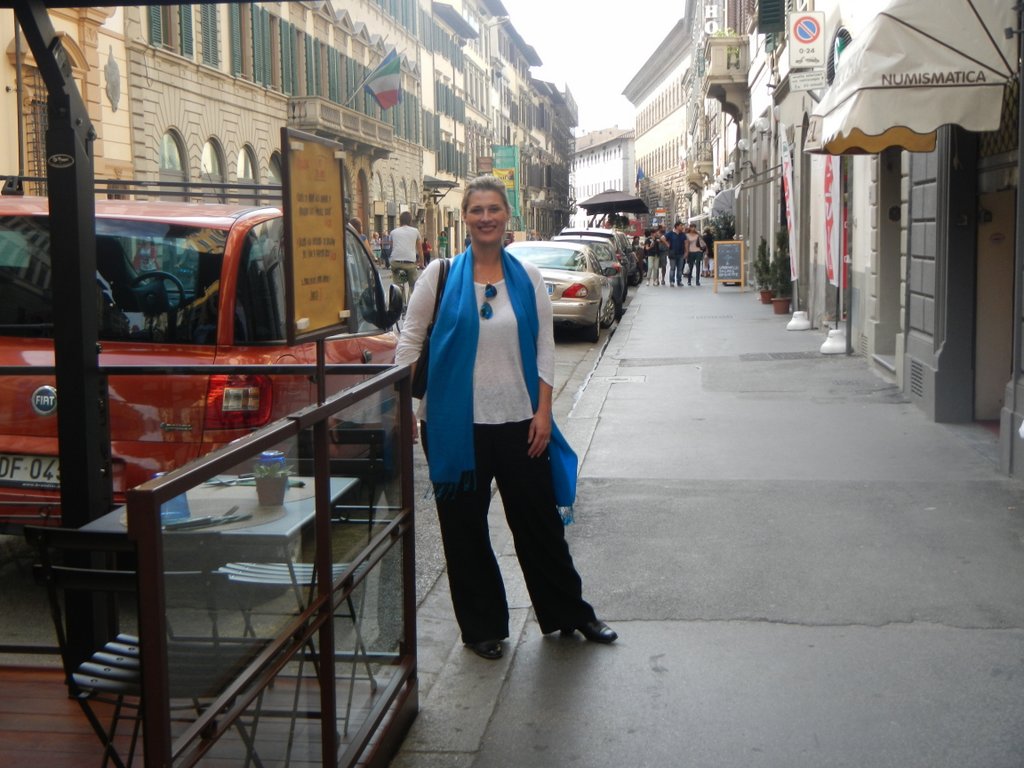 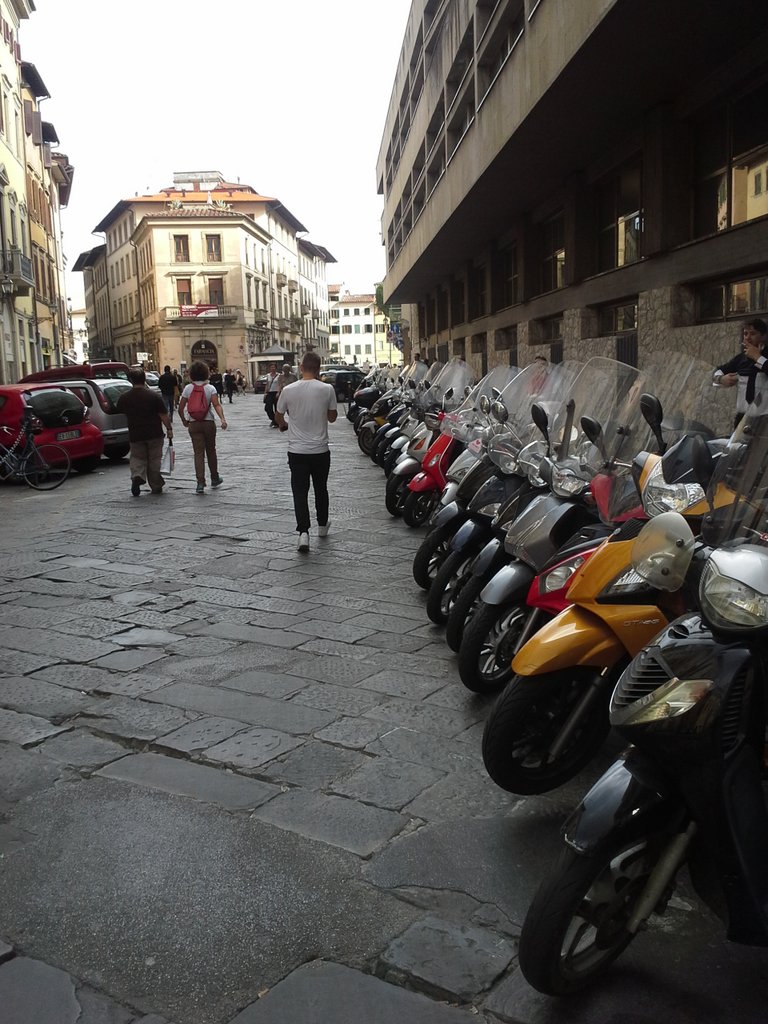 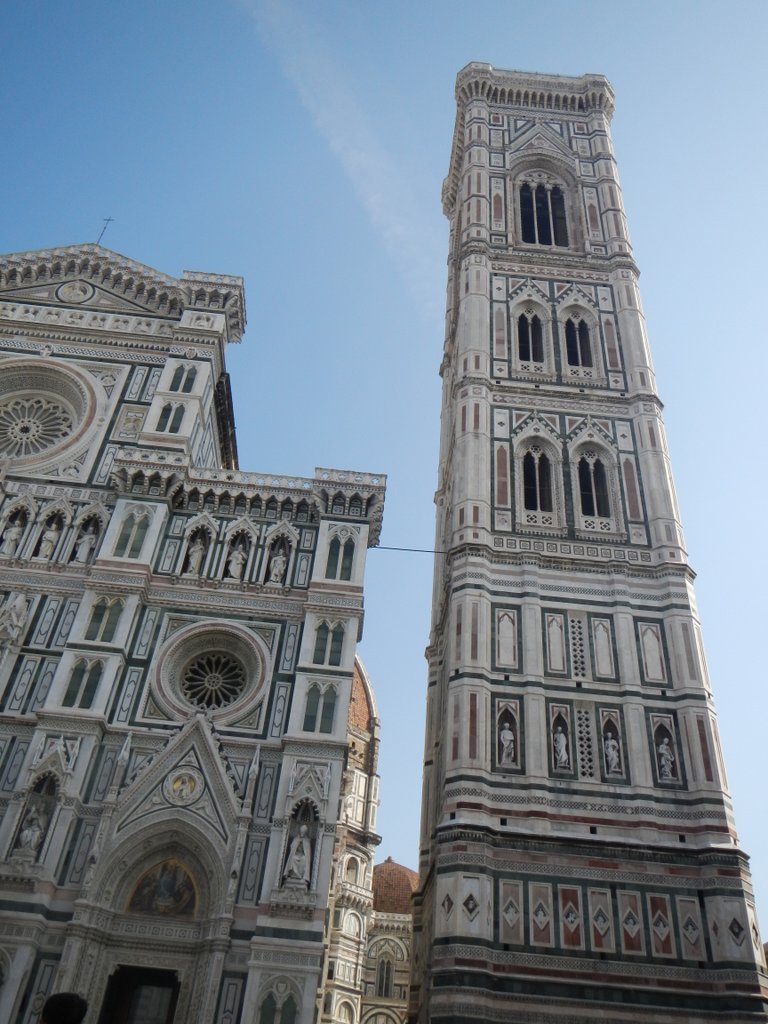 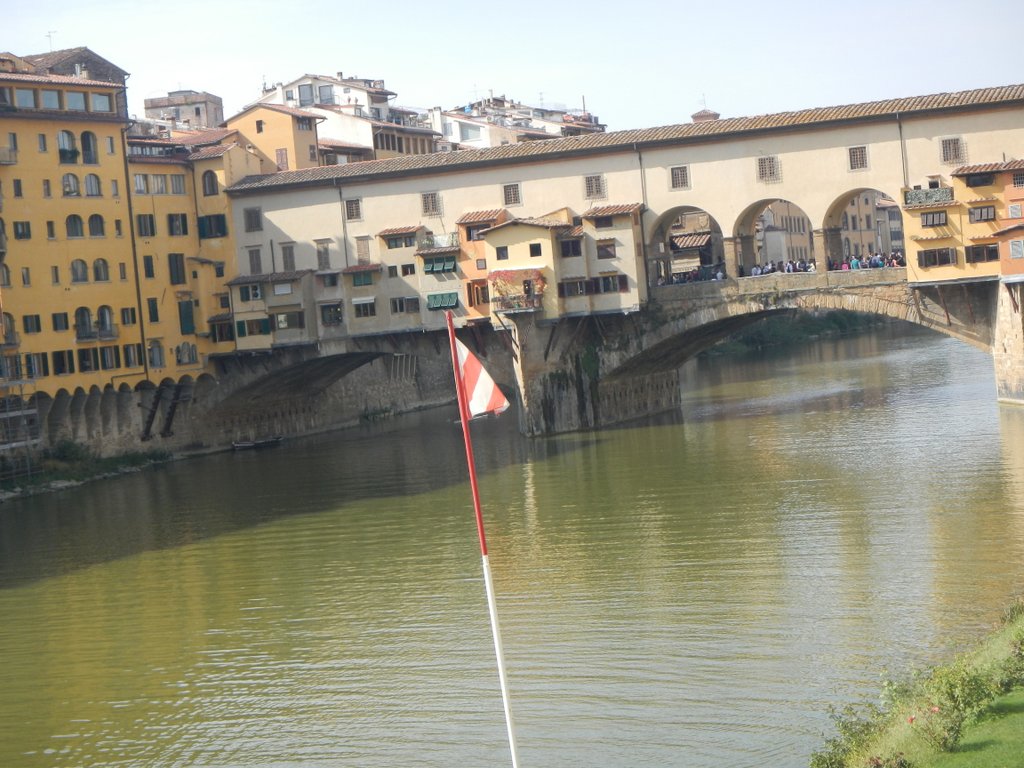 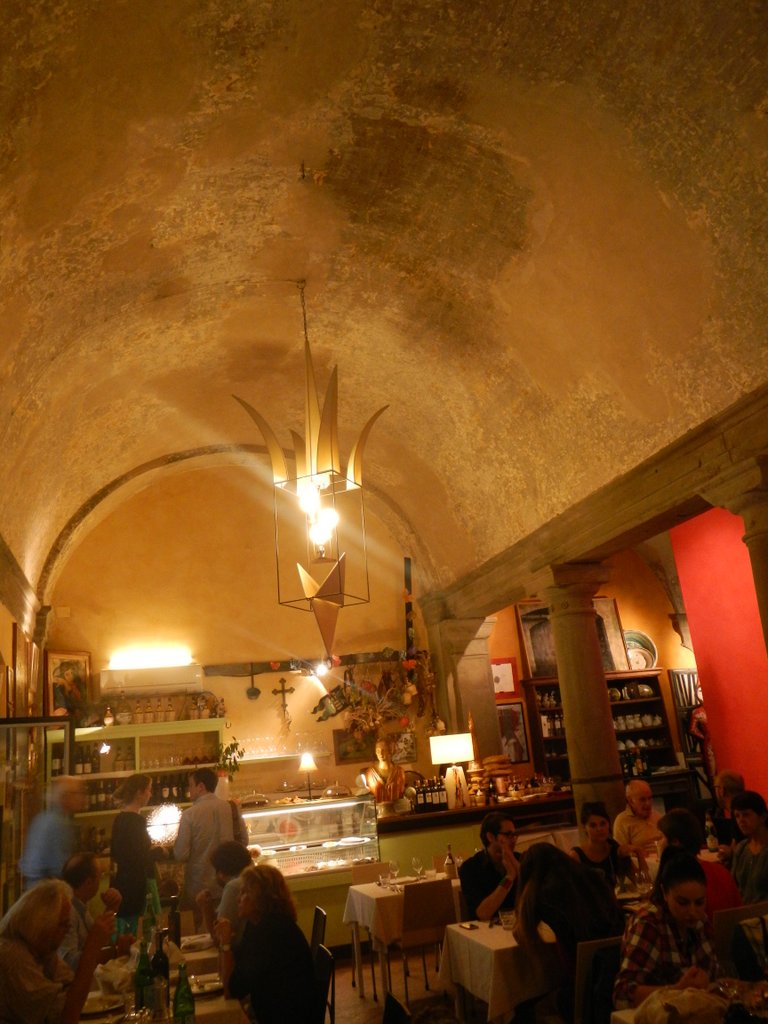 Then it was back to Pisa for the next day we would explore our home base and enjoy a relaxing time together in each other company . My sister the culturally groomed one , me following her wearing my training wheels  . The weather fine , the sunshine getting the town out onto the streets , into the parks and onto the river . 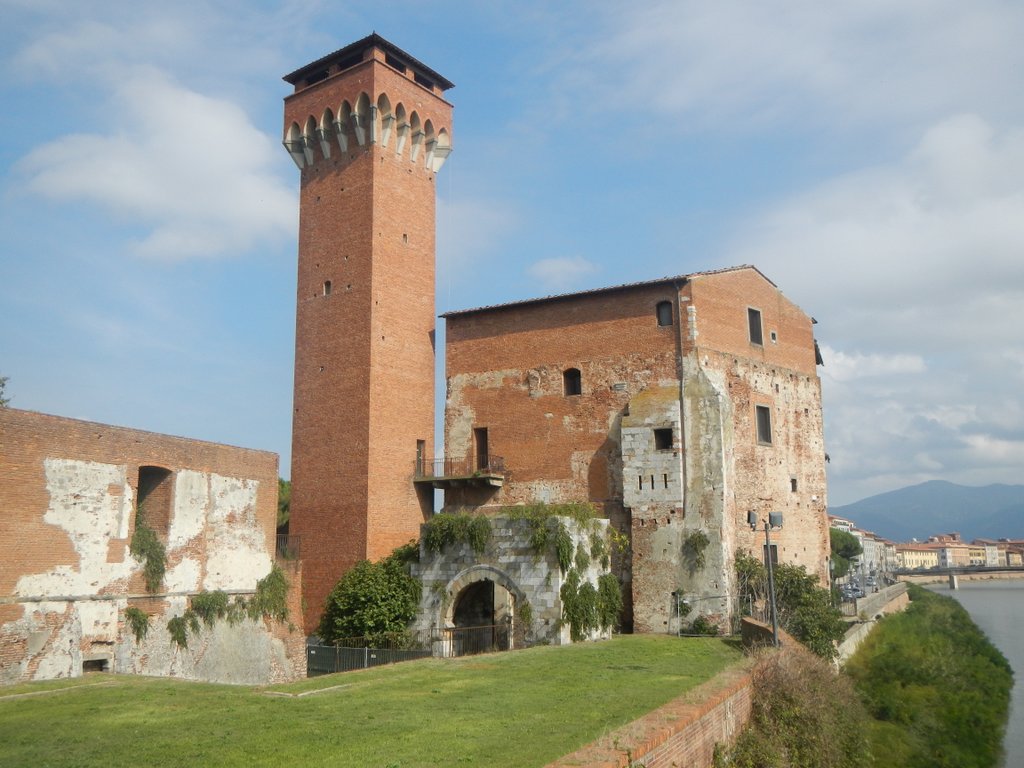 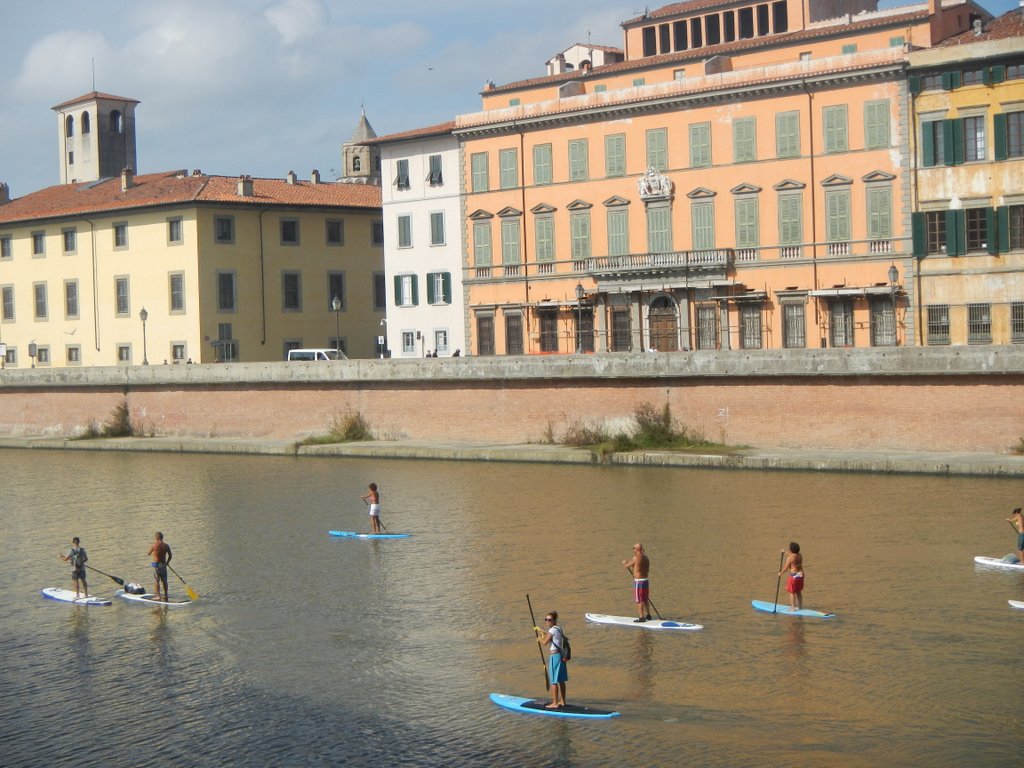 Up early , today was the day I was taking Vic to her place of birth , the Piaggio factory in Pontedera. The guys in Johannesburg had tried to organise me a tour of the factory .  I was so excited to see if they had managed to secure  the factory and  museum visit , but the real excitement would be to follow the path Victoria took , to transform her  from a  galvanised  metal chassis  to the scooter swan she now is .

So after breakfast off we set to the home town of my  Vespa .  On arrival  there was a bit of confusion as to who I was , where I should go , who I should meet and generally what was going on . After riding up and down road Piaggio a few times and numerous phone calls , the lady at reception tracked down my host and Victoria and I were allowed on to the premises . 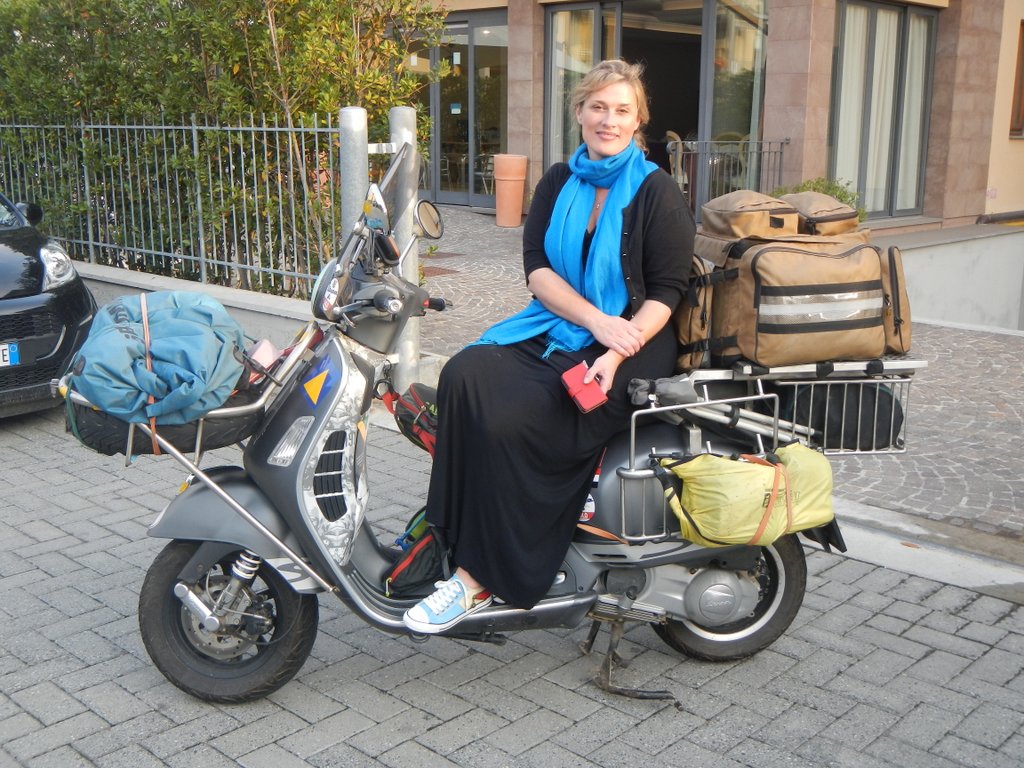 I was shown around the factory and given a detailed explanation about the different production lines and various other facts and figures pertaining to the production of these trusted scooters , from there  we went down to have a look at the museum , which was officially closed , but what they do is leave the door open , so that if  scooter enthusiasts come all the way  here they can still have a look around , I really enjoyed my tour . That been said  the visit was a bit of an anti climax and very disorganised ,  all I can say with certainty  is that vespa owners are far more enthusiastic  about the brand than the marketing department . What  a fantastic feeling having reached the factory and I loved my Vespa morning.

Victoria outside the Vespa museum . 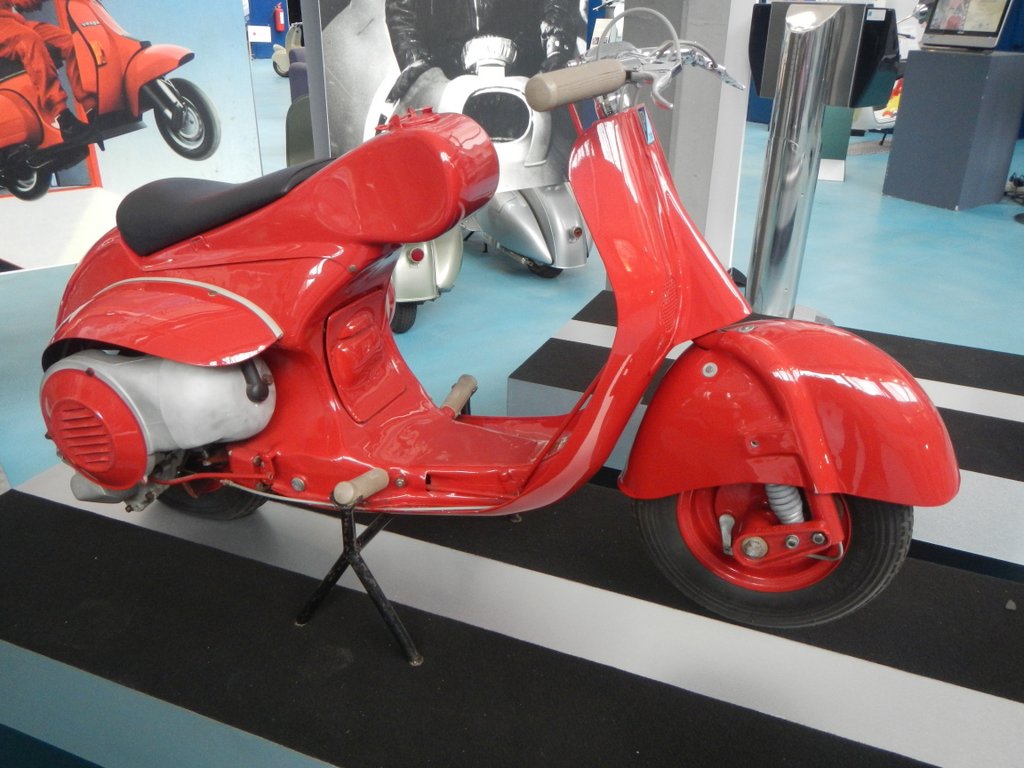 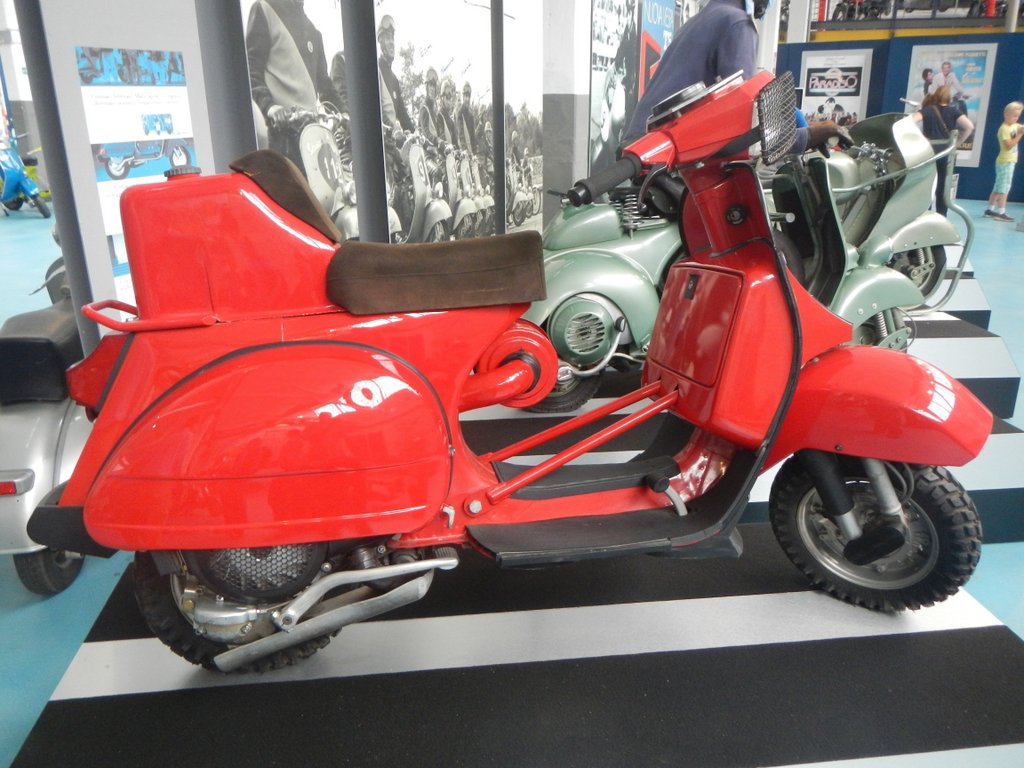 Almost off road like Vic. The Dakar special . Note the extra fuel tank. 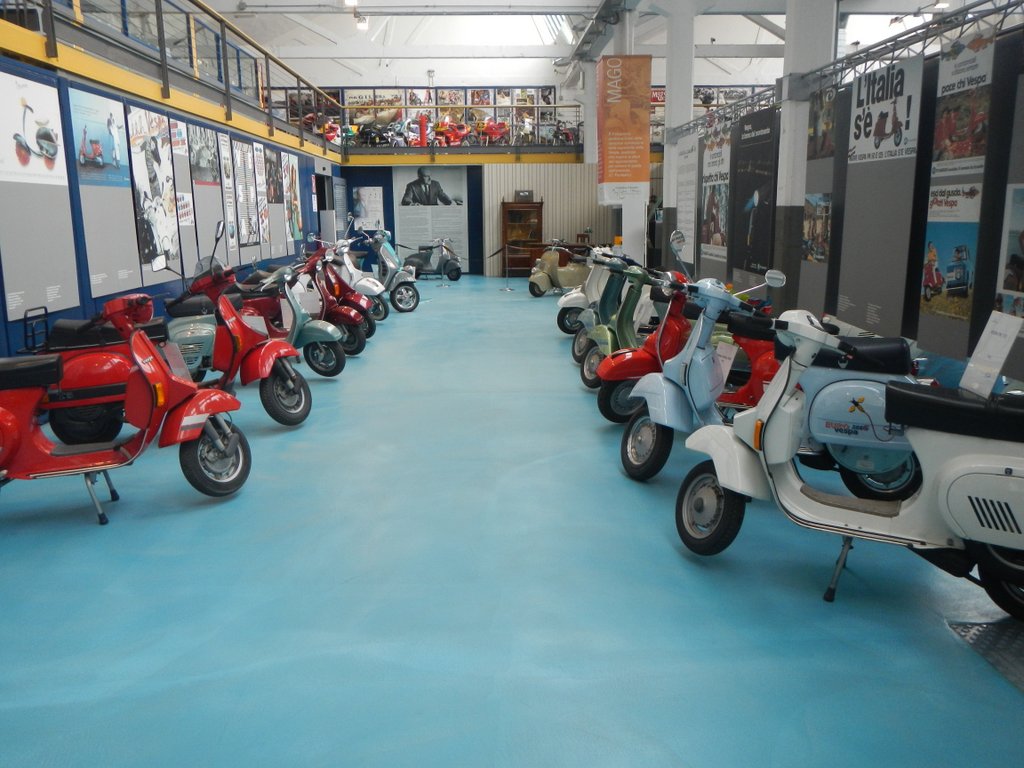 I was asked to wait at the museum as two guys wanted to come and interview Vic and I about the trip , the one from Vespa World the other from the digital marketing department at Vespa . To kill a bit of time while waiting , I took a walk down the road to go for a coffee only to find that is was the local hangout of the factory workers , If only  they knew how much I appreciated the way they had put Vic together , so strong and reliable to cross Africa with hardly a glitch , I said a quiet thank you to them while ordering  my cappuccino . Back to the museum , unfortunately the interview was cancelled as there was some kind of confusion or miscommunication and they were stuck in Milan.

I fired up Victoria said my farewells and thank you’s and pointed us back to the airport to see my sister off . We had such a special time together it was going to be a sad parting , me back to the road and her to the UK . We said our goodbyes and I rode off with a heavy heart , like trying to swim with an anvil it was  .

I had to track down a place to have Victoria serviced and checked over , so  back to the hotel to do some research . Not surprisingly there is an official Piaggio dealer in Pontedera  , as I was about to ride back a heavy storm broke and took my desire to  ride all the way back away ,  I  would ride down in the morning . I found the dealership easily the GPS was on Q , I introduced myself to Paolo the owner , and what a fantastic guy , he could not believe that I had crossed Africa on a Vespa , he came out had a look at the scooter , now even more surprised after seeing all the extra’s . Victoria was taken into the workshop and so began the check up . 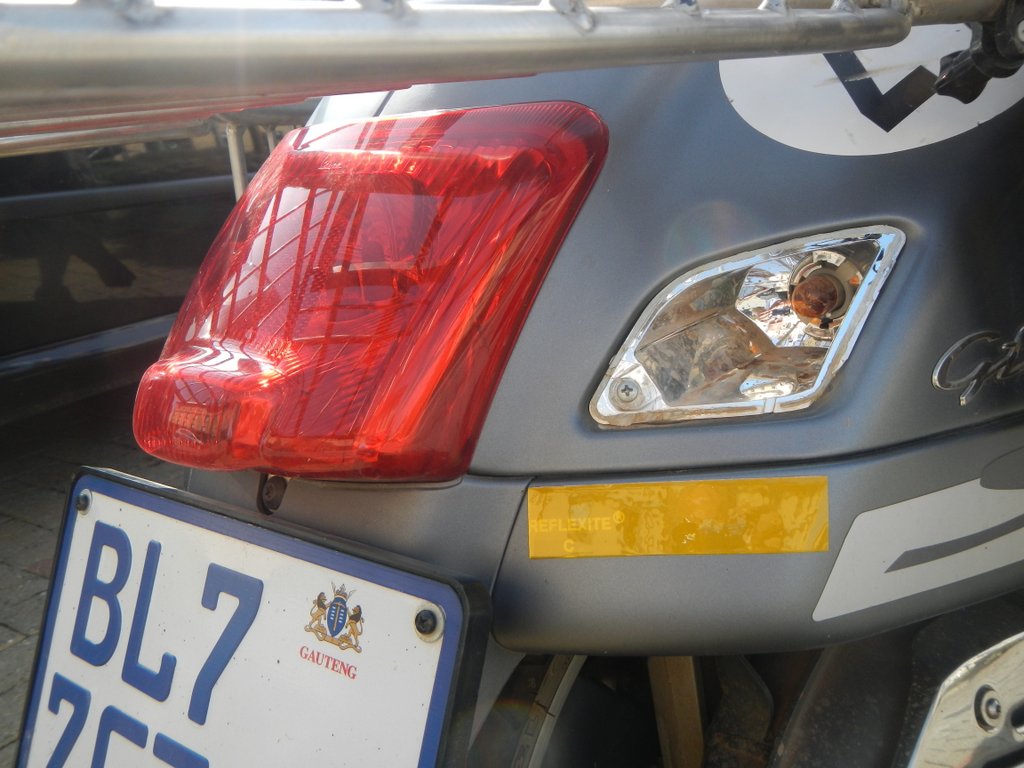 In need of some TLC

Riccardo was put in charge and Paolo kindly translated what needed to be done . New oil filter , oil , new spark plug , checked the tyres , the brakes , on went a new drive belt and then the expensive news hit , the clutch was done , as I had expected , so in went a new one as well as the indicator lens and Vic was as good as new. The clutch lasting just over 20 000 km showed just how taxing the conditions were , as under normal riding conditions a clutch lasts between 50 and 60 000 km . 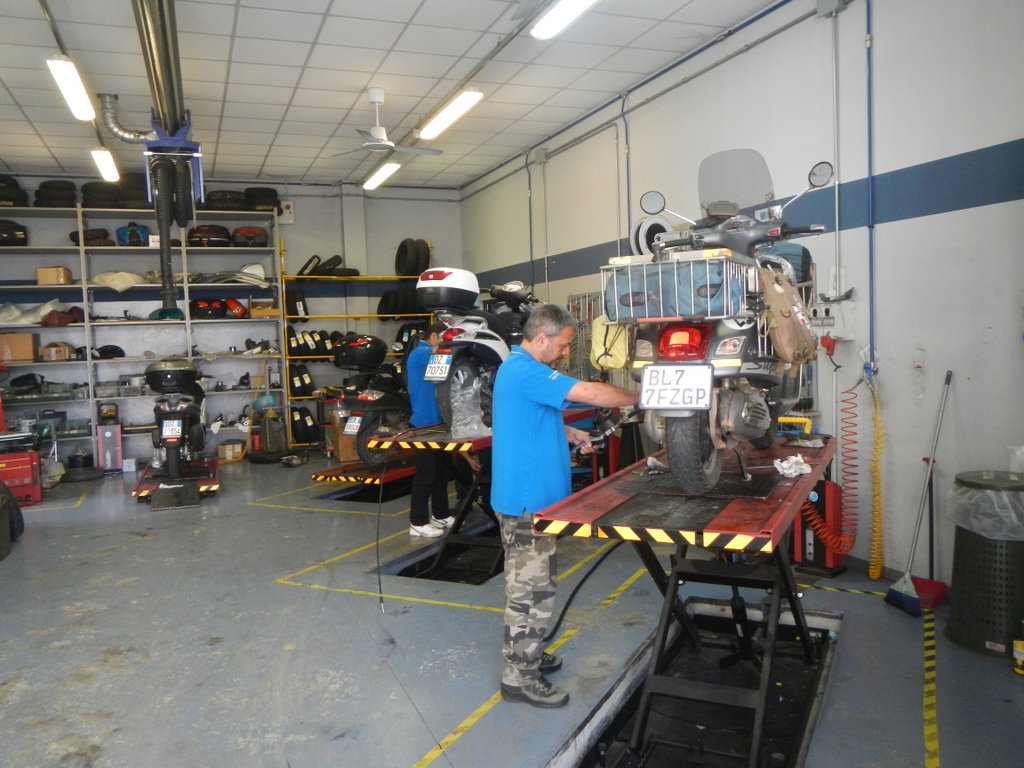 Victoria felt fantastic after all the work and ready to tour , before heading home to Africa  . Paolo very kindly gave me very special labour rates and discounted the parts dramatically so what could have been a very expensive morning turned out a total treat  , thank  you Busdraghi Piaggio I really enjoyed my morning with you guys .

Then it was back to Pisa for it was time to tour Tuscany.

Back in time , touring the Amalfi