Much a done in a day

I set off early , worried about the condition of the roads after the rainy days . Not knowing how long it would take me to get to the gate to exit the park was the main driver for up and out early . As I packed all my very wet gear my mind wondered to the road conditions once again , forever the road , the road . As I had feared the road started off very sludgy , muddy and slippery with the tyres caked up in no time , making the handling a little delicate of a matter . This only lasted for about 3 or 4 kilometres , tough and dirty they were , but after that the ride out was slow , but not nearly as bad as my mind had portrayed the day to be . I think the lesson for me lies in the realisation that , you have the experience in real time not before you have even started , running the various possibilities and scenario’s through your mind , that is just speculation not based on fact.

The ride back to Kampala was a long one arriving at dusk , set up camp and to bed for the next day was very busy with a tight schedule and a long to do list , that I was hoping to put to bed in a day.

Up early through Kampala traffic to the car wash , Victoria was in desperate need of a valet and a major one at that , two hours later she was brand new and I had to head for the Sudanese Embassy to go and collect my visa , I hoped . I arrived as it opened at 10h00 and left around 12h30 , visa in hand after having assured them I would not travel through South Sudan . The Sudanese embassy told me it was to risky to do the route by road and if I was going take that route , they would not issue the visa for me . I had been given a one month visa , which they kindly re issued for me as a three month visa after I explained , how I was travelling through Africa and my expected time of arrival in Sudan. Then off to Liberty for them to courier my passport home to apply for my Egyptian visa . Lets hope my luck holds and I get the passport back visa issued. 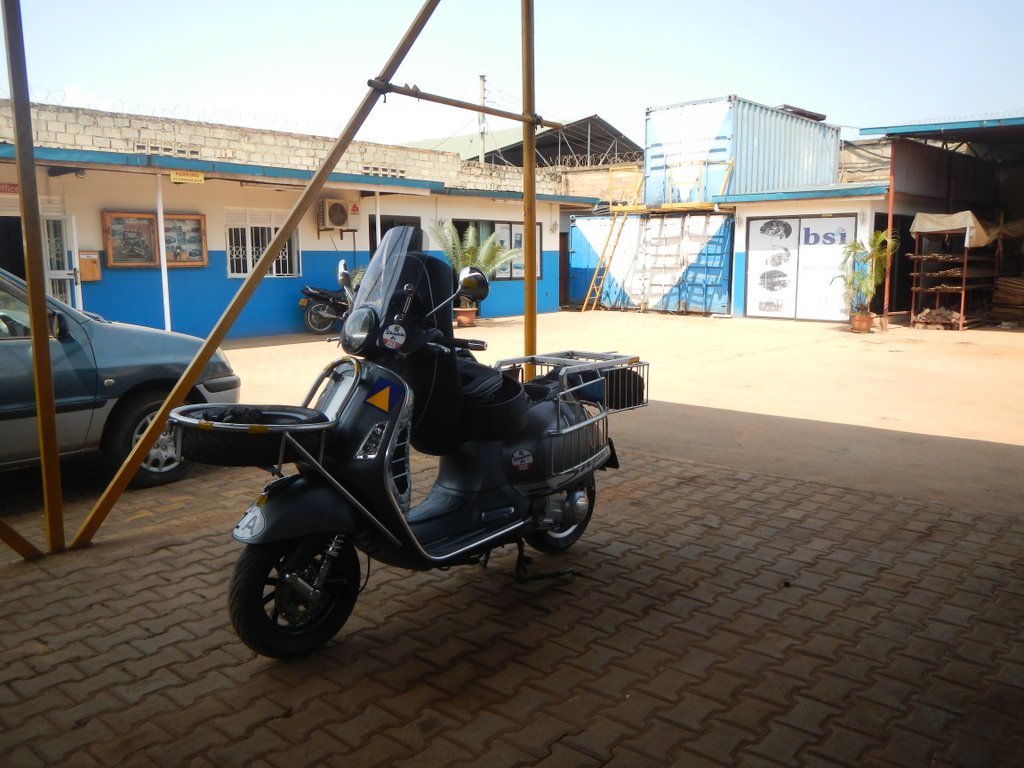 From here I left to have Victoria checked , filters cleaned as I have been doing a lot of dust roads lately and her power levels are slightly down . The road conditions of late warranted a nut and bolt checked  just to ensure all was snug. I have had the front shock bottom out on me of late so I wanted to  tighten  the front shock coil and check the seal that has also developed a slow oil leak for reasons I can well understand . Lastly I wanted to address the  vibration that has recently developed ,   when travelling in excess of 65km per hour. I arrived at the workshop to be met by Isack who introduced me to Waswa who was going to work on Victoria. 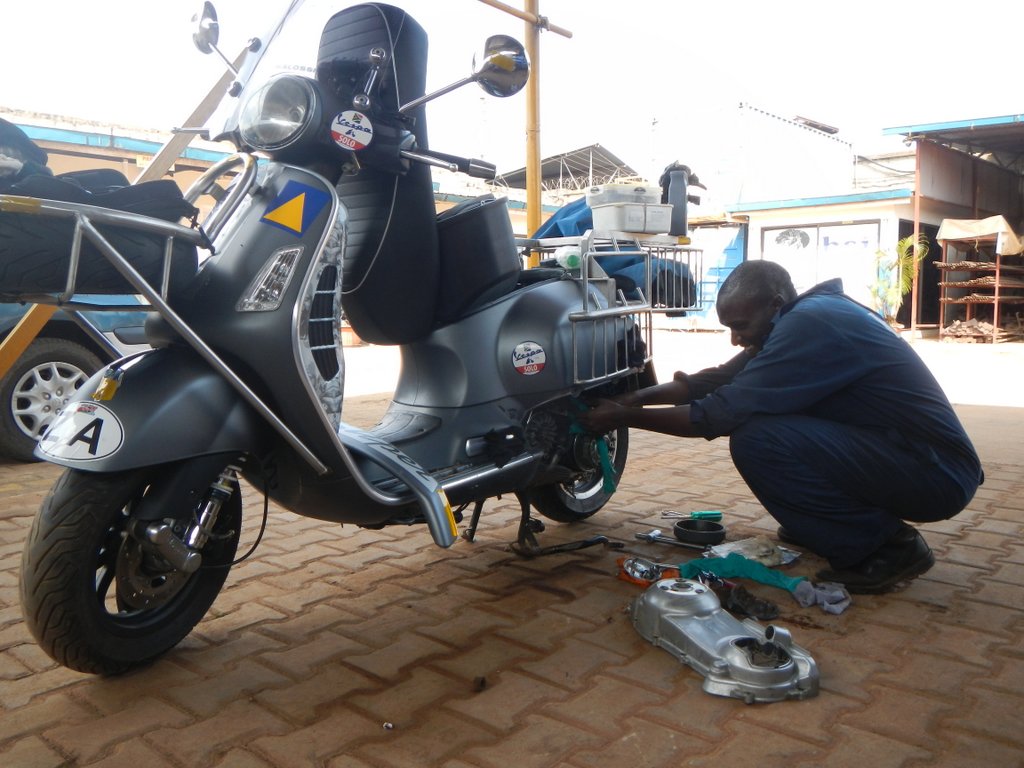 Waswa’s assistant awaiting the arrival of the scooter master.

The filter needed a good wash and Waswa was convinced that the vibration was coming from a loose bolt somewhere , so he checked all , could not find anything untoward , so as a final diagnostic we took the transmission apart and found the culprit , that bearing I had replaced on the side of the road was starting to fail . Waswa  reckoned that the quality was not that good , made in you know where . Out it came to be replaced by the Swedish equivalent in a full metal jacket . 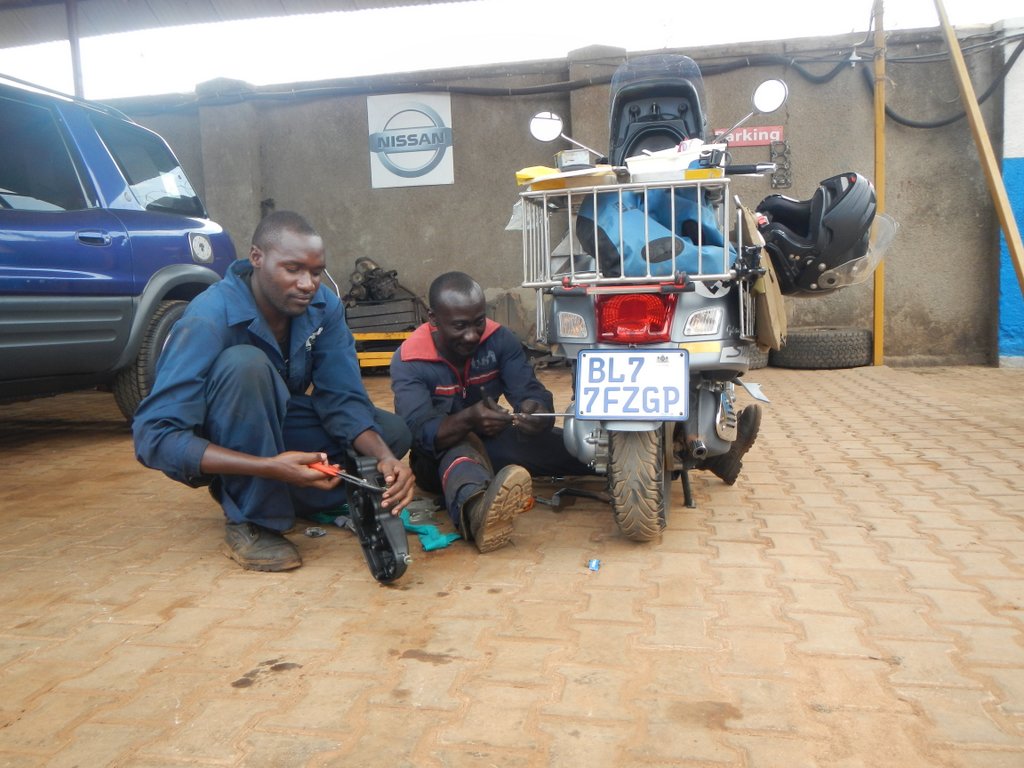 All clean , tight and oiled Victoria and I took to the streets of Kampala on our way home, with a great sense of achievement as the day had gone superbly well all considering . With the suspension tightened she was handling superbly and feeling great as we floated like a butterfly and stung like a wasp  through the traffic , ready for our way North.

With all the major stuff out of the way I can now concentrate on the more mundane and smaller items that need clearing  , so I hope  to leave for Jinja on Monday to go and enjoy more of the Nile up close and personal. 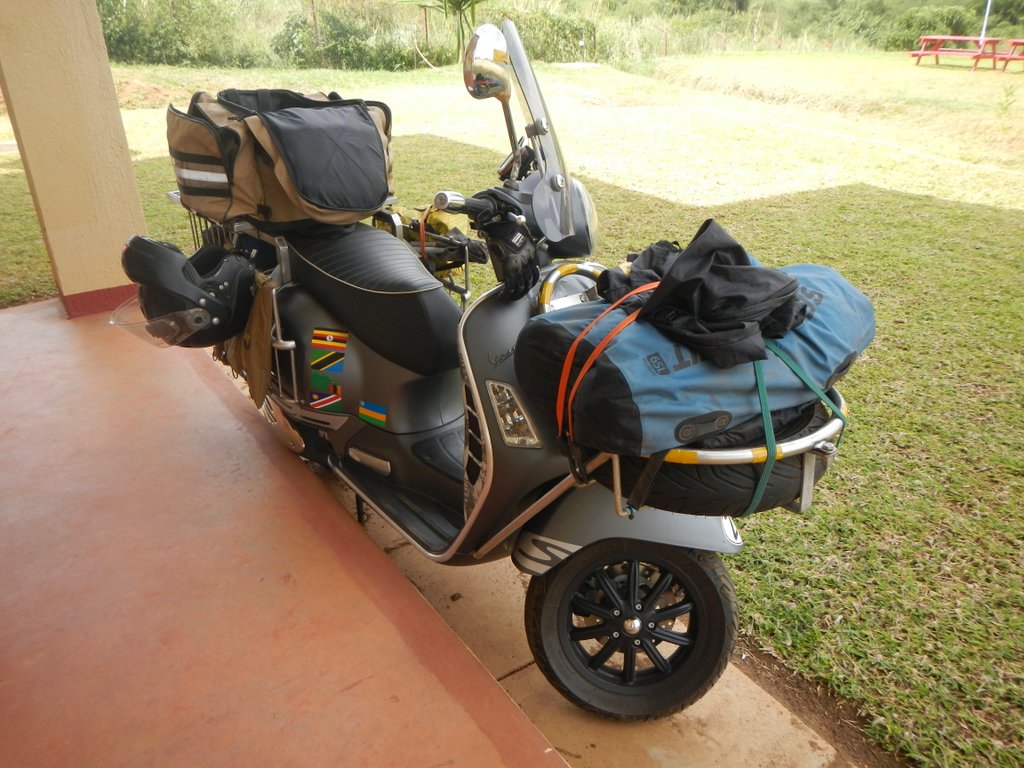 And so the spring clean continues.