Speke of the Source

Today a little calmer than yesterday as I went in search of the source of the Nile , I thought it appropriate as I am making my way to the end where she finds the Mediterranean and will travel through all the countries she touches on her way to the sea.  After those compulsory pancakes and nutella , Victoria and I made our way into Jinja about 18 or 20 kilometres away to track down the source . It was much easier for us , since Speke’s discovery there are many more signposts and willing bystanders to point you in the right direction. 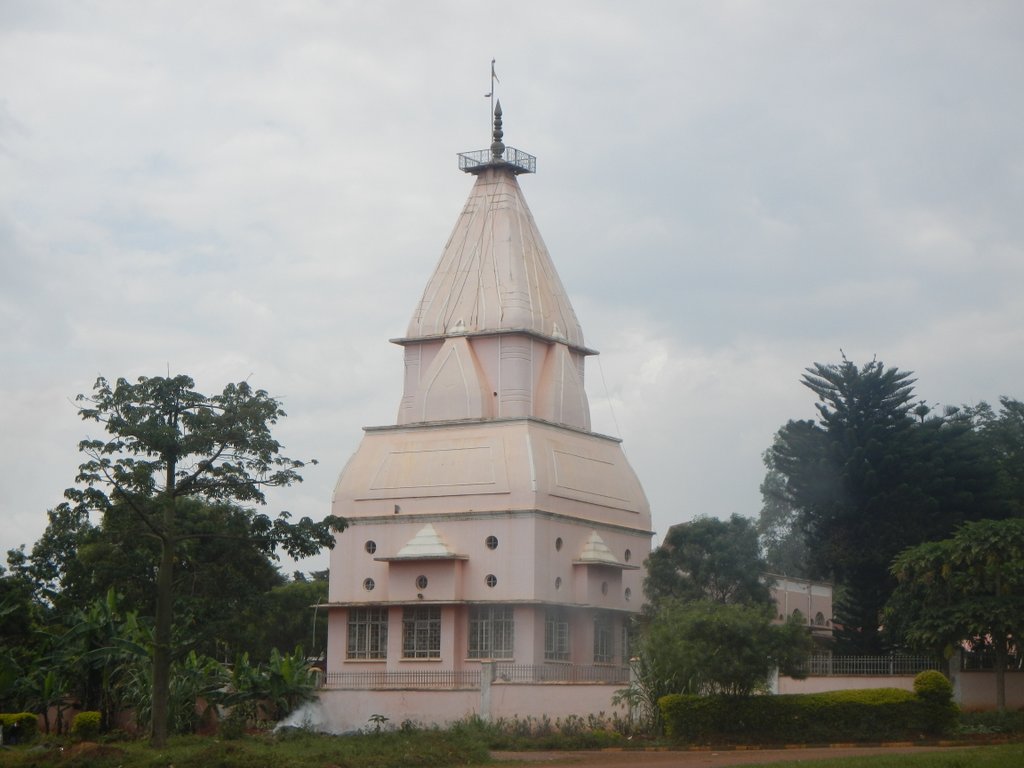 A school hall I passed while riding to the Nile. 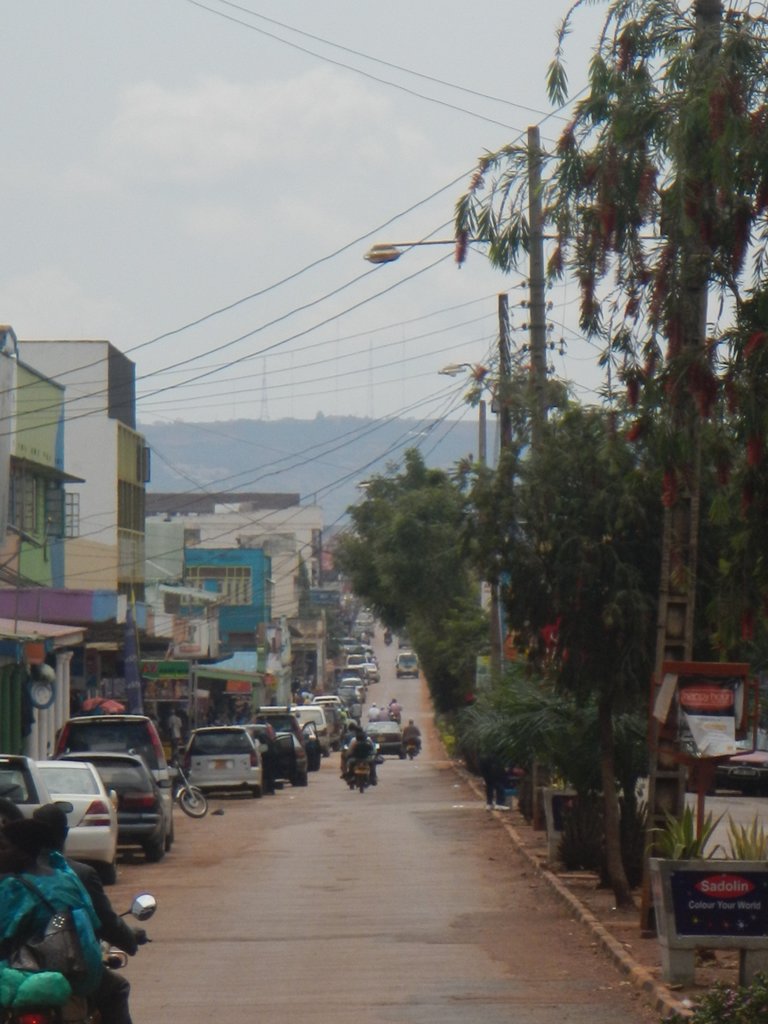 After entering the park it is just a short walk down to the river where one can hire a boat to take you out to the actual source , also hard to miss . I joined forces with a UN representative on leave from South Sudan , his girlfriend and a father and son team from the USA. We hired a boat and once on the water a guide appeared , like a genie to educate us on all things from the birdlife , the source , Lake Victoria , the prison , the old harbour and the 4000 litre per second spring found at the source , a very valuable addition to the crew was our genie.

While waiting to take a photograph at the source a school tour arrived on the source on mass and I was asked to pose initially with the staff and following that with every child on the tour , laughter and jokes all round , we had so much of  fun as they say in the classics . When I enquired as to why they wanted pictures with me , the short answer was that Mzungu ‘s  just look so different . Who said all whites look alike ? 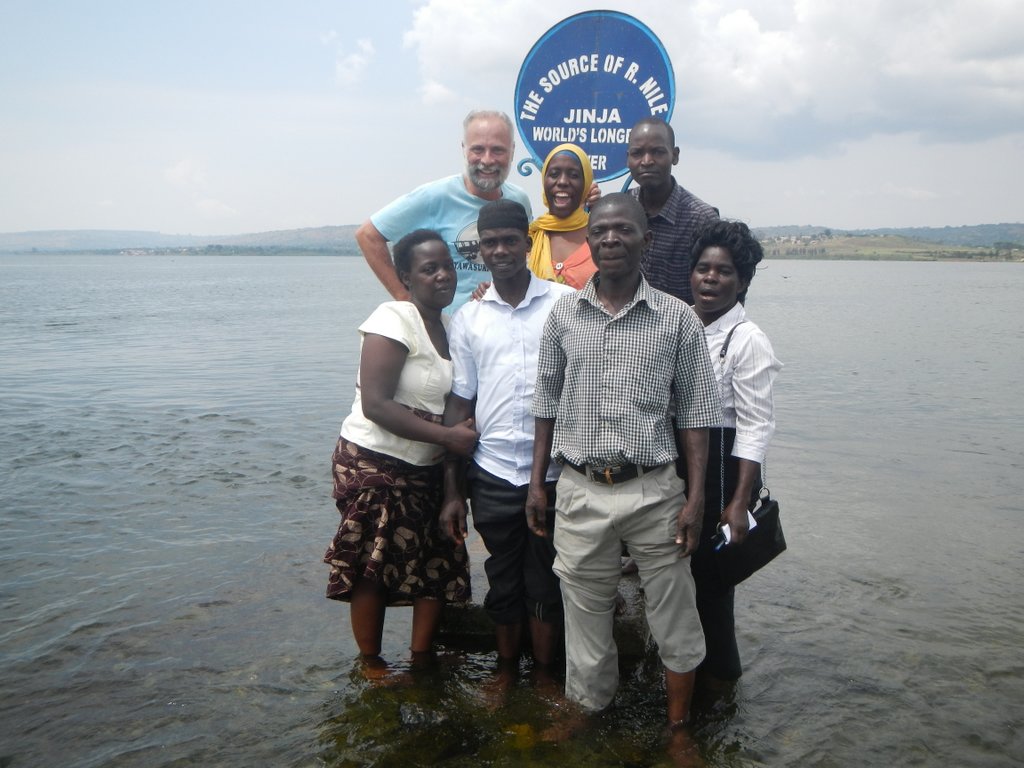 Mzungu and the staff. 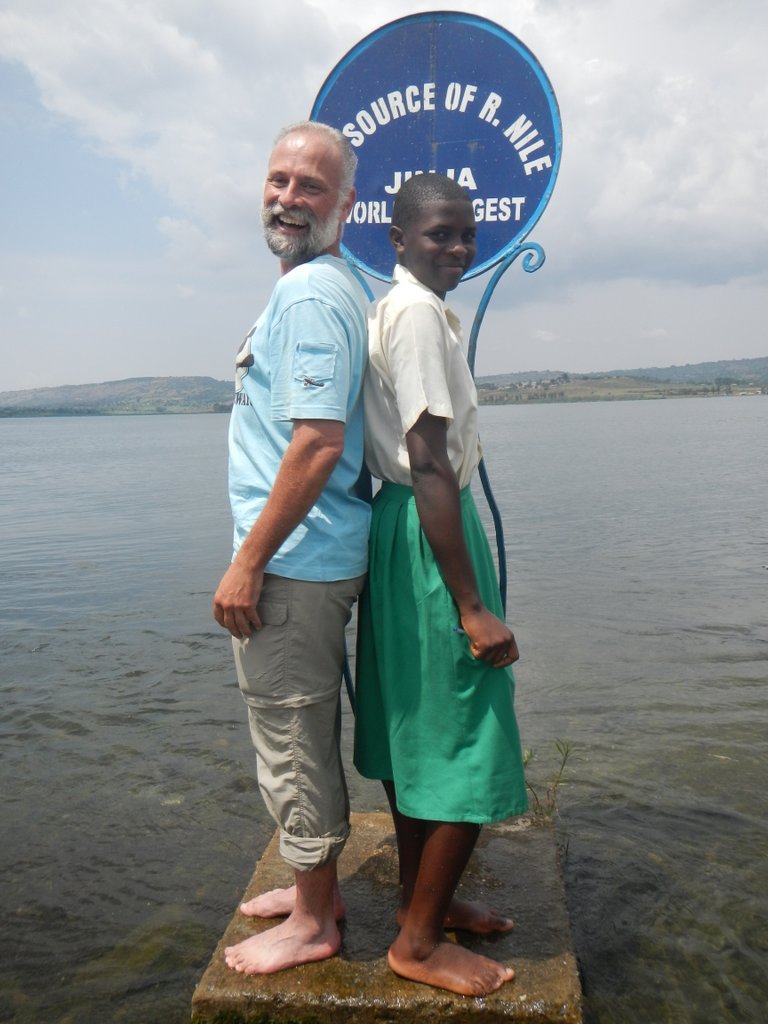 One of the many delightful children I spent time with , posing on the Nile. 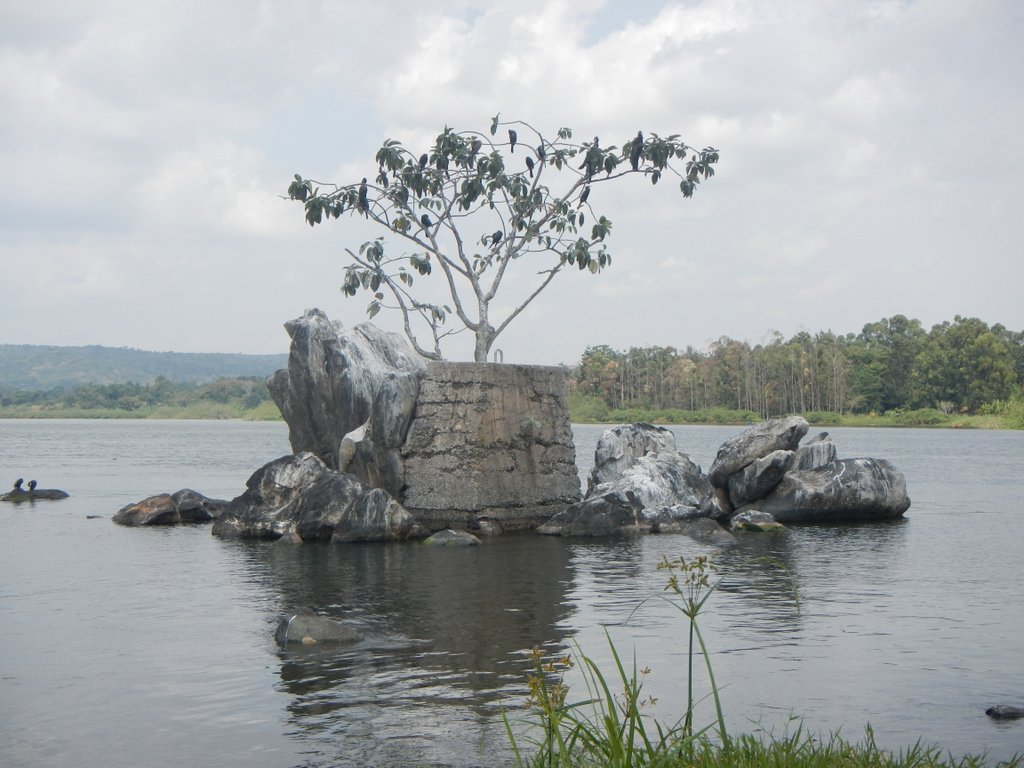 The block that starts the Nile.

From here it was a short tour on the lake passing a local fishing village , the old harbour and the prison. From here it was back to the mainland for goodbyes and well wishes .Thanks Josh and friends for a super afternoon. 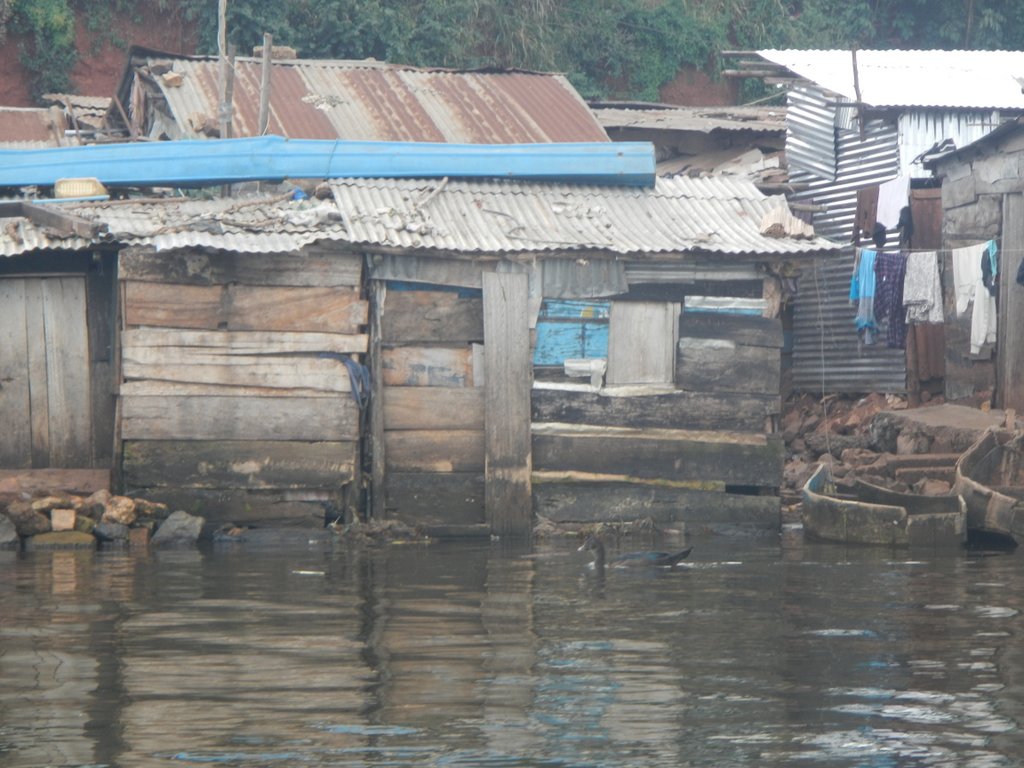 The fishing village gives a new meaning to having your work at your doorstep.

Vic and I rode into town , stopped off for a coffee and walkabout before heading back to the Haven . Uganda and her people , so warm , so friendly and thank you for making my heart smile so  whenever we meet and greet . You truly are the rarest  of pearls .

Sweating in the rain